An eminent political scientist’s brilliant analysis of economic, social, and political trends over the past century demonstrating how we have gone from an individualistic “I” society to a more communitarian “We” society and then back again, and how we can learn from that experience to become a stronger, more unified nation. 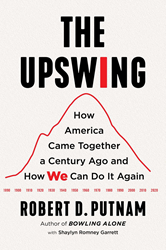 Robert D. Putnam, the eminent political scientist and bestselling author of Bowling Alone and Our Kids, has been called the “poet laureate of civil society” (New York Times). The Upswing: How America Came Together a Century Ago and How We Can Do It Again is his latest and—he vows—final book. Written with Shaylyn Romney Garrett, The Upswing provides a fresh, data-based portrait of the last 125 years of our nation’s history to show how we have gone from an individualistic “I” society to a more communitarian “We” society, and then back again—and how we can learn from that experience to become a stronger, more unified nation.

“Today we find ourselves living in an extremely polarized, extremely unequal, extremely fragmented, and extremely self-centered nation,” Putnam and Garrett say. But as this sweeping historical overview shows, our country today bears uncanny parallels to the late nineteenth century. “The United States in the 1870s, 1880s, and 1890s was startlingly similar to today. Inequality, political polarization, social dislocation, and cultural narcissism prevailed—all accompanied, as they are now, by unprecedented technological advances, prosperity, and material well-being,” the authors write. “Looking back to a time Mark Twain disparagingly called the Gilded Age turns out to feel eerily like looking in the mirror.”

But as the twentieth century opened, America slowly, steadily became more egalitarian, more cooperative, more generous—a society on the upswing. Sometime during the 1960s, however, these trends reversed, leading us to today’s disarray. The authors refer to this metatrend as the “I-We-I” curve: a gradual climb into greater interdependence and cooperation, followed by a steep descent into greater independence and egoism.

Putnam and Garrett devote a chapter to each of four key metrics—Economics, Politics, Society, and Culture—to determine how these trends have contributed to America’s upswing toward a “we” ethos and subsequent downturn toward an “I” ethos. Researchers have typically considered these four metrics in isolation; by measuring social change over multiple dimensions, and over a longer period of time, Putnam and Garrett identify previously unnoticed patterns of social change, and provide a broad analysis of the structural and cultural tendencies that have roots in the opening decades of the twentieth century and culminated in today’s multifaceted national crisis.

The authors also consider the possibility that the historical “we” period they write of was inherently racist and sexist—essentially a white, male “we”—by devoting a chapter each to the additional perspectives of race and gender. “No discussion of ‘I’ and ‘we’ in the twentieth century could be complete without asking questions of how these trends were or were not reflected in the experience of traditionally excluded groups,” they write.

In the closing chapters, Putnam and Garrett take a wide-angle look at the twentieth century that enables them to identify an obvious pivot point on the “I-We-I” curve—the Sixties—and then zoom in on that decade to understand when, how, and perhaps why that pivot occurred. Finally, they explore how we might engineer another upswing today.

The historical analysis presented takes unexpected twists and turns, and will challenge some settled truths among pundits and historians about the twentieth century—the “American Century.”

“We should take inspiration and perhaps instruction from a period of despair much like our own, on the heels of which Americans successfully—and measurably—bent history in a more promising direction,” Putnam and Garrett say. “We may find the tools and inspiration we need today to create another American upswing—this time with an unwavering commitment to complete inclusion that will take us toward a yet higher summit, and a fuller and more sustainable realization of the promise of ‘we.’”

Robert D. Putnam is the Malkin Research Professor of Public Policy at Harvard University and a former Dean of the John F. Kennedy School of Government. Nationally honored as a leading humanist and a renowned scientist, he has written fourteen books, including the bestselling Our Kids and Bowling Alone, and has consulted for the last four US Presidents. In 2012, President Obama awarded him the National Humanities Medal, the nation’s highest honor for contributions to the humanities. His research program, the Saguaro Seminar, is dedicated to fostering civic engagement in America. Visit RobertDPutnam.com.

Shaylyn Romney Garrett is a writer and award-winning social entrepreneur. She is a founding contributor to “Weave: The Social Fabric Project,” an Aspen Institute initiative. She also contributed to Robert D. Putnam and David E. Campbell’s American Grace. Shaylyn holds a degree in Government from Harvard University, and is a returned Peace Corps volunteer. Visit ShaylynRomneyGarrett.com. 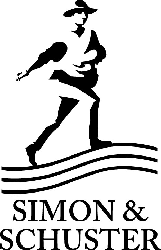