Robert "Jake" Jacobs is the founder and president of Jake Jacobs Consulting. A pioneer in large-scale change, he has worked with some of the largest corporations in the world, including Ford, Marriott, and Corning, and has supported major change efforts for the City of New York, the US National Forest Service, the US Environmental Protection Agency, and the United Kingdom's National Health and Employment Services. He has been featured in a wide array of strategy and leadership publications and has authored or contributed to seven books, including Real Time Strategic Change. 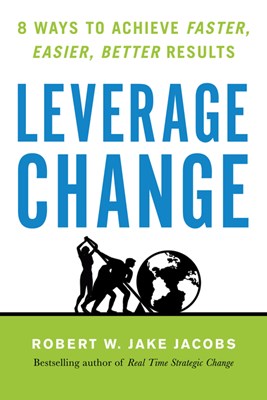