Parag Khanna reminds us how "management guru Peter Drucker warned us that 'the greatest danger in times of turbulence is not the turbulence itself but to act with yesterday's logic.'" Accordingly, he offers us updated logic on how we might move about the world. 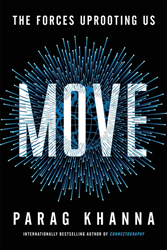 Move: The Forces Uprooting Us by Parag Khanna, Scribner

One could argue, on purely moral grounds, that the industrialized nations of the northern hemisphere have an obligation—as the largest emitters of carbon into the atmosphere over time, and therefore the most responsible for human-caused climate change up to this point—to take in climate refugees. But Parag Khanna doesn’t need to make that point in order to show why it is so important to allow, and even encourage, greater immigration into places like North America, Europe, Russia, and Japan. It is, in his estimation, a purely practical matter, and an economic imperative.

Like many other issues, a novel coronavirus sweeping the world exposed just how divorced so much of the political rhetoric around immigration is from reality of the world. As Khanna notes, “Thirty percent of America’s doctors and surgeons are immigrants, as well as nearly 25 percent of the overall healthcare sector.” And, even as our former president “signed an executive order to heavily restrict immigration” in 2020, “US embassies and consulates all over the world were instructed to find doctors and nurses to be fast-tracked for immigration.” The leader of the UK, who campaigned with similar anti-immigration rhetoric, eventually changed course and “pledged to put ‘people before passports’” to get more healthcare workers into the country. But the problem wasn’t limited to healthcare. As every country on Earth limited human movement to curb the spread of deadly disease, we saw as clearly as ever how, as Khanna puts it:

A staggering share of our personal and professional lives hinges on mobility: the movement of people, goods, money, and data within cities and countries as well as internationally. Society only functions normally if we can move. Once you stop pedaling a bicycle, it quickly falls over. Our civilization is that bicycle. And move we will.

Migration has already been occurring at historic levels within countries, and “China has more internal migrants than the world has migrants” as China’s population has flooded into urban centers, just as people have worldwide in recent decades. And every indication is that we will, and should, move even more, and farther, in the coming decades. So, rather than political geography:

This is a book about the geography that matters most to us: human geography.

Khanna shows us how out of sync that human geography is with our political and economic (and really, just basic human) needs today—perhaps best exemplified by the existence of citizenship marketplaces and tax havens available to those on one side of the economic spectrum and statelessness and a lack of basic employment opportunities on the other. More importantly, he shows what it might look like if we’re able to “discover a new cartographic pragmatism that brings political geography more in line with today’s needs.” That is, he examines how we might encourage more migration, attract the right talent to the right places, repopulate areas experiencing population decline, and make our cities smarter while avoiding “neo-medieval stratification” of urban areas in the process. He explains why we might see the rise of a global passport, a return to a more semi-nomadic lifestyle among more people, and why new nationalist movements are so harmful to the future of the people and places they claim to support. As he does so, he excavates our past movements as a species as eloquently as he explains how we need to “actively realign” ourselves (and how we conceive of ourselves) as human beings on this Earth right now and for our future.

The world’s political map looks the way it does mostly for contingent reasons: where ancient civilizations settled, where European empires conquered and divided, and where natural features separate populations. Borders are where they are because that’s where they’ve been. But the Earth is ours—not America’s or Russia’s or Canada’s or China’s.

And that is where he asks that all-important question, can we discover a new cartographic pragmatism? I’d suggest that Khanna, in fact, does offer such cartographic pragmatism in his new book. It’s just a matter of whether people and policymakers discover it and pay any heed, and if—for perhaps the first time in human history—we can manage such a realignment proactively and peacefully. 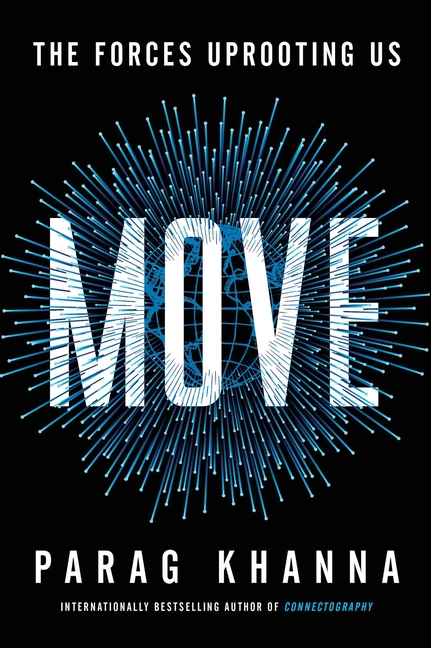