There is a lot of disinformation out there, but there is also a lot of good information provided by hard-working individuals dedicated to providing good numbers for us to base big decisions on. Tim Harford helps us identify the difference. 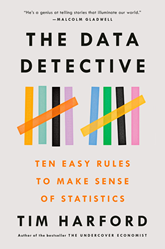 You may wonder why, in a book about making sense of statistics, Tim Harford opens with the story of Han van Meegeren, a wealthy Dutch art dealer accused of collaborating with the Nazis for selling prized Dutch cultural property—a priceless Vermeer painting—to Hermann Göring. Harford uses the tale as an example of how our feelings can sometimes betray our own expertise and any evidence that something we want to believe is true is not. You see, van Meegeren wasn’t a treasonous, art world wheeler-dealer who traded Dutch cultural heritage to the Nazi’s, but a complete fraud. The Vermeer he let slip into the hands of the Nazis was a forgery that he had painted himself, along with many other “newly discovered” Vermeers that were unearthed around that time. They were thought to be authentic because Abraham Bredius, “the world’s leading scholar of Dutch painters,” a man who had previously identified hundreds of other supposed Vermeers as fake, was convinced that they were real. And that conviction was rooted in a very strong but simply human emotion: he wanted them to be real, he wanted to be fooled.

This is not the populist argument against “the so-called experts” that is so prevalent today, but a warning of how propagandists, industry lobbyists, and frauds use our emotional response to undermine expertise, allowing us to “dismiss evidence that we don’t like,” and accept even the most outlandish claims, crazy sounding conspiracies, and lies as true. Or, in other cases, how it is used to sow doubt about things that are verifiably true, like the fact that smoking causes lung cancer, that climate change is real, or that COVID-19 is not a hoax. In the case of the coronavirus, one of the challenges facing public health experts is that it is new, hence novel, so the statistical data didn’t even exist. Uncovering what was happening relied on real time data detective work being conducted on a global scale. As Harford writes in his Introduction to The Data Detective:

It’s hard to imagine a more extraordinary illustration of how much we usually take accurate, systematically gathered numbers for granted. The statistics for a huge range of important issues that predate the coronavirus have been painstakingly assembled over the years by diligent statisticians, and often made available to download, free of charge, anywhere in the world. Yet we are spoiled by such luxury, casually dismissing “lied, damned lies, and statistics.” The case of COVID-19 reminds us how desperate the situation can become when the statistics simply aren’t there.

But even when statistics are surfaced and studied, they can be misused, maligned, or altogether ignored to sow doubt about what is really happening, with devastating consequences. Thankfully, that is not Harford’s primary focus, because that would make for a truly dispiriting book in these already trying times. His aim is “to convince you that statistics can be used to illuminate reality with clarity and honesty.” His focus is on making everyone who reads his book into a data detective that is able to make sense of statistical claims for themselves, to be able to parse the arguments made on cable news networks, in their social media feeds and daily conversations, to be able to separate fact from fiction and to have fun doing it.

I know, learning about statistics doesn’t sound like something that can be fun, but I’ve been reading Tim Harford’s books for over a decade now, and every single one of them is fun. Harford is an economist, so you might expect something rather dismal or dull in his writing, but his books expose the everyday humanity and experience underneath our economic lives in a way that makes you feel like you’re being let in on a secret source of knowledge. He is also a journalist and radio show host, so his writing is practiced and his voice entertaining rather than academic, even as he embeds practical lessons and insights that are the product of rigorous analysis.

Most of all, though, it is the way in which he uncovers how statistics can guide us in our search for that which we can believe in, rather than how they can be used to deceive us, that makes the book feel so positive and hopeful. As he writes:

Used correctly, statistics can reveal something all of us should want to believe in—the truth.  “I worry about a world in which many people will believe anything,” he asserts, “but I worry far more about one in which people believe nothing beyond their own preconceptions.” I myself worry about a world in which many people believe anything that plays to and reinforces those preconceptions, and I’m worried that this is the state of the world today. I worry that, as psychologists Kari Edwards and Edward Smith found in an experiment on bias and public opinion, “biases tended to appear more clearly in negative arguments,” and that so much of our discourse is being directed toward negativity, based on tearing down and (in the case of the QAnon conspiracy, literally) demonizing “the other side” rather than making a compelling case for public policy that helps us overcome the many crises we are faced with. I worry not about a swamp of career professionals and experts, but of powerful people’s attempt at muddying the waters, which is something they often openly admit to doing:

As Donald Trump’s former right-hand man Steve Bannon infamously told writer Michael Lewis: “The Democrats don’t matter. The real opposition is the media. And the way to deal with them is to flood the zone with shit.”

What The Data Detective offers, then, is a cognitive rulebook of ten statistical commandments for wading through the shit without allowing our beliefs to be clouded by it. There is a lot of disinformation out there, but there is also a lot of good information provided by hard-working individuals dedicated to providing good numbers for us to base big decisions on. And we have a lot of big decisions to make, from how to fight a still raging and mutating disease to how to best rebuild our economy.

But we also have a lot of everyday decisions to make—about what to believe, how to behave, and who to trust—and they make a difference. It sometimes feels hard to continue pulling from our own well of understanding and empathy for others in a world that feels so divided and broken, one in which people are routinely attacked for seeking and speaking the truth, but it is very important we continue to do so. If not…

We’re admitting defeat to the populists and propagandists who want us to shrug, give up on logic and evidence, and retreat into believing whatever makes us feel good.

“Yes,” Harford knows that “it’s easy to lie with statistics—but it’s even easier to lie without them.”

And if we can’t always master understanding and empathy for each other, perhaps we can at least muster sympathy for everyone from all walks of life who have lost loved ones and much else to the pandemic and economic devastation that has dominated our lives for the past year now. This isn’t a call for bipartisanship or finding a middle ground, but for adhering to the truth. Bertrand Russell wrote in Education and the Good Life that, at its best, our capacity for sympathy can “go so far as to enable a [human being] to be moved emotionally by statistics. This capacity for abstract sympathy is as rare as it is important.” Behind those statistics are human lives, and too many of them have fallen into poverty or been lost altogether to a denial of reality and common sense. If we are able to do better data detective work, as individuals and communities, as nations and in our international institutions and partnerships, we can better battle the pandemic, return to a more fact-based understanding of our world, and hopefully work together to liberate ourselves from the levels of disease of disinformation we are currently experiencing. 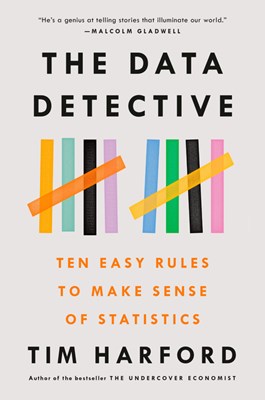