Worn: A People's History of Clothing

Sofi Thanhauser has compiled a social history of five materials—Linen, Cotton, Silk, Synthetics, Wool—explaining not only how we have shaped them, but how they have shaped us. 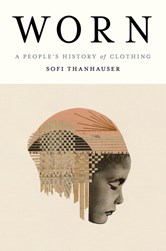 Worn: A People's History of Clothing by Sofi Thanhauser, Pantheon

The second-wave feminist movement taught us that the personal is political. Sofi Thanhauser’s new book, Worn, makes us realize how much our intimates—the cloth we cover ourselves with—have defined our economics, and continue to do so.

It is not the first time that the social and economic importance of fabric and fashion has been made clear in a book recently. Katrine Marçal’s Mother of Invention argued that the Iron Age could just as easily—and perhaps more accurately—be called the Flax Age. Richard Thompson Ford’s Dress Codes discussed how fashion has defined our societies, used as a means to maintain political control and as a force for social change. But Thanhauser digs deep in her focus on just five fabrics—linen, cotton, silk, synthetics, and wool—finding that “our clothes don’t just come ready-made from our factories or from the countries named on their tags They come from our histories.”

We know this from the most basic level of historical understanding. The Industrial Revolution began in the manufacture of textiles. The transatlantic slave trade was tied up with the production of cotton. The Triangle Shirtwaist Factory fire in New York City helped galvanize the labor union movement in America.

Our language is rich with metaphors of producing cloth, and its history is a story of both subjugation and liberation. Thanhauser explains how America’s independence movement began on spinning wheels:

British colonial rule consciously and deliberately smashed Indian handloomed fabric. And precisely because of this, Mohandas Gandhi elevated traditional, handmade cloth into a symbol of resistance.

It was so central a theme in India’s independence movement that the design of the national flag Gandhi proposed had a spinning wheel at its center (though it was changed to the 24-spoke wheel of the Ashoka Chakra), and, to this day, Indian law dictates that the flag must be made of khadi, the hand-spun cloth that Gandhi made popular. Of course, we know that the ideal of homespun cloth and the agrarian vision behind it gave way to industrialization in both countries and across the world. Thanhauser isn’t calling for a return to the homemade, or the agrarian ideal. After all, the agrarian ideal’s most famous champion in America was Thomas Jefferson, a man who enslaved other people, making the system he championed as far from ideal as you can get. But industrialization also came with subjugation. I don’t believe she ever uses the word patriarchy, but Thanhauser deftly explains how the modern incarnation of it was closely tied to the industrialized production of textiles and the rise of wage work, telling the story of people who have done that work historically and how they have been paid —similar to most tasks defined as “women’s work” historically, usually not fairly or not at all. After textile workers secured better working conditions and fairer pay here in America, that work was outsourced to other countries, and most of the clothing we wear today is again produced under alarming conditions and with an outsized impact on our environment. As Thanhauser writes:

Alarm bells have been ringing about fast fashion’s evils: its toxicity and exploitativeness. These aren’t new problems. What is new is their scale. Textile and garment work have been dangerous to laborers since industrialization, but three of the four deadliest garment factory disasters in history occurred during the 2010s. Textile making has been damaging the environment for centuries, but today the industry produces a full fifth of global wastewater, and emits one tenth of global carbon emissions.

The environmental damage is hard to wrap one’s head around, as is the fact that we’re so blind to garment factory fires now that the work has been outsourced to other places over a hundred years after a fire in Manhattan helped spark the movement for greater worker’s rights here in America. But Thanhauser goes much deeper and broader than that, diving deep into the preindustrial history of cloth making across cultures and mythology, and how the modern systems that produce it separate us from so much:

I want to tell the story of what I found, of how we went from making fabric for ourselves as a part of our everyday work to dressing in clothes that come from a complex, inscrutable system that has divorced us from the creative act, from our land, from our rights as consumers and workers.

What Thanhauser envisions to address the problem is something akin to the movement to find alternatives to the industrial food system. That system obviously exists, but so does a movement based on more sustainable agriculture and healthier foods, creating a more sustainable and healthier economic model in the process. Reading Worn, you understand that wearing clothes, like eating, is also an agricultural act, one that has been industrialized with economic and human impacts. And she teaches us to see the industrial and economic system that produces the things that cling most intimately to us. As she sees it:

To read objects carefully and accurately is to read the world itself: its systems and its systems-level failures.

Near the end of the book, Thanhauser tells the story of how she trained to be a tailor herself before becoming a writer. And while I’ve never seen the clothes she made, I think she has found the right occupation. I can’t imagine a greater creation than the one she has produced with the words she weaves together in this book. It is masterful and enlightening. 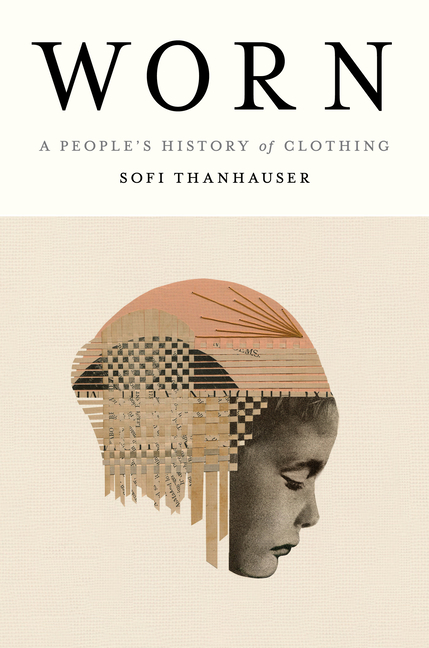 Worn: A People's History of Clothing