The world shut down. We lived in our screens.
Laurie Stone wrote you these postcards.

Streaming Now: Postcards from the Thing That Is Happening is a collection of hybrid feminist narratives that perfectly captures the many paradoxes of the COVID-19 pandemic, contrasting the seemingly never-ended public catastrophes we experienced as a collective with the isolated, often-mundane lives we carried out in private.

Shifting effortlessly between social commentary and memoir, glimpses of history and threads of fiction, Stone, a lifelong feminist and longtime contributor to the Village Voice and NPR's Fresh Air, unapologetically observes against the backdrop of a Zoom call the evolution of feminism over the years, the gendered sexual politics underlying Jeffrey Toobin's public disgrace, rage and Rebecca Solnit-like hope on the heels of Supreme Court Justice Ruth Bader Ginsberg's death, and the way we continue to pot and maintain our plants amidst the broken narrative of our world's future. As Stone says, It’s good this narrative has been broken. In the narrative that has been broken, people ignored the way so many things they wanted required the suffering of others. 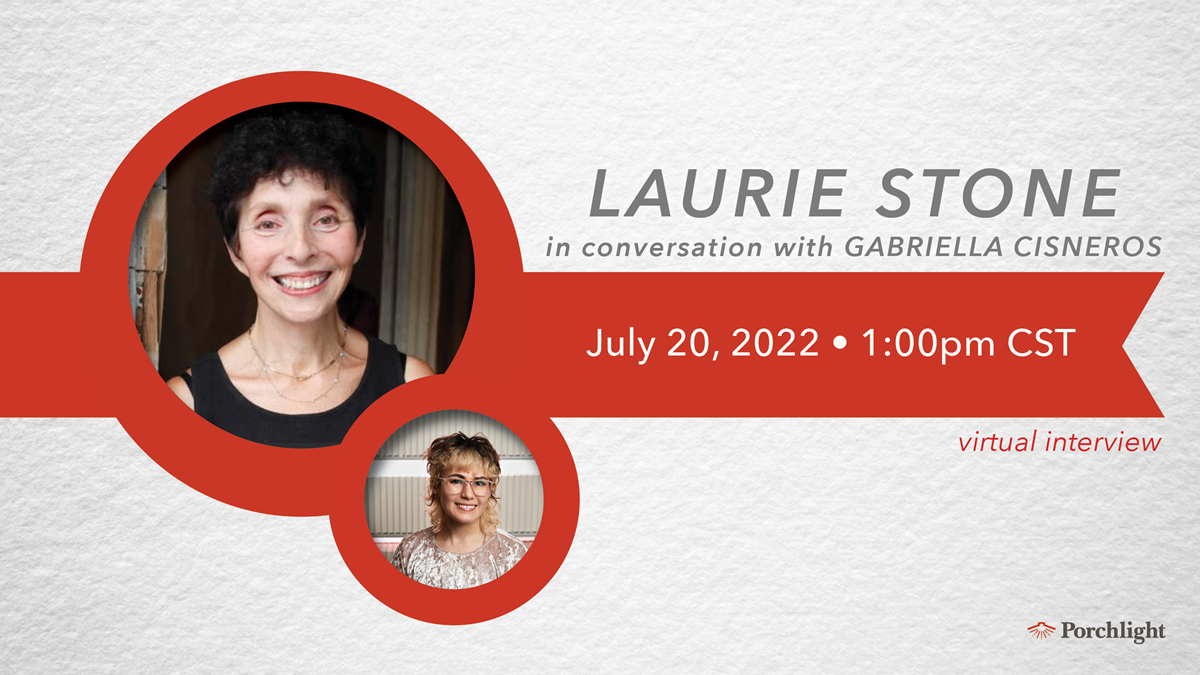 Order a copy of Streaming Now from your local bookstore or Dottir Press.

Register to attend for free here.

LAURIE STONE is author of five books, most recently Streaming Now: Postcards from the Thing that is Happening (Dottir Press, 2022), Everything is Personal, Notes on Now (Scuppernong Editions, 2020) and My Life as an Animal, Stories (Northwestern University Press/Triquarterly Press, 2016). She was a longtime writer for the Village Voice, theater critic for The Nation, and critic-at-large on Fresh Air. She won the Nona Balakian prize in excellence in criticism from the National Book Critics Circle and two grants from the New York Foundation for the Arts. She has published numerous stories in such publications as n + 1, Waxwing, Tin House, Evergreen Review, Electric Lit, Fence, Open City, Anderbo, The Collagist, Your impossible Voice, New Letters, TriQuarterly, Threepenny Review, and Creative Nonfiction.

Laurie will be in conversation with Porchlight Creative Director Gabriella Cisneros. 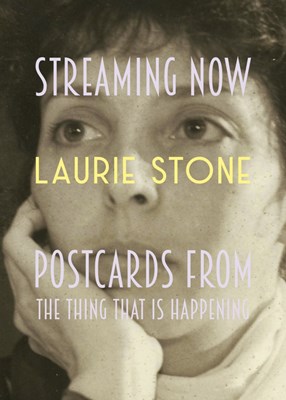