I quickly became invested in the human-less world that is presented in Feral Creatures, the follow-up to Hollow Kingdom in which a virus turns all humans into zombies. Maybe the virus element of the series is a little too close-to-reality for comfort as of 2020, but I think the humorous narration keeps the story lighthearted, even when the takeaway is clearly sobering.

This quirky, post-apocalyptic novel is introduced by a raven narrator who confidently goes by the name Shit Turd, shortened to S.T. Other creatures from around the world take over the storytelling throughout the book, which not only creates a more complex mosaic of the novel's setting, but also reminds the reader of the lush life on the Earth we inhabit as it is now. While it's more humorous than other post-apocalyptic books I've encountered, Feral Creatures is a reminder of human's lasting effects on the planet, long after we are gone. (GMC)

In the introduction to her new book, April Rinne shares the experience of losing her parents to a car accident in 1994—how everything changed in her life at that moment while at the same time being “suspended in the unknown, not really knowing what to do next.” Looking at the world today, she recognizes those same feelings in society at large as the pandemic drags (perhaps even rages) on, the climate warms up, social tensions rise, work never ends, and both the economy and political stability seem teetering on an edge.

Rinne writes about the essential paradox of our moment:

In some ways, life is unfolding at warp speed. […] Yet in other ways, it’s as though the world is standing still: paralyzed, unsure of what to do or what comes next. And it’s not just the world: you feel stuck, and perhaps angry, frustrated, anxious, and in limbo, too.

It is like we’re on a treadmill that keeps speeding up—moving our legs ever faster trying to keep up while remaining in one place. We live in a world in flux, but the word “flux” is also a verb, and an ability we can all develop to help us navigate the profound changes we’re living through. Rinne describes how to develop a Flux Mindset and what she believes are the eight Flux Superpowers: to Run Slower, See What’s Invisible, Get Lost, Start with Trust, Know Your “Enough,” Create Your Portfolio Career, Be All the More Human (and Serve Other Humans), and Let Go of the Future. Rinne devotes a chapter to each, and with them, you may not be able to predict the future, but you’ll be better at creating your own. (DJJS)

I first came across Kat Chow, writer and reporter, on one of my favorite podcasts, RadioLab, and was excited when I saw her name pop up onto our list of upcoming titles. I opened the wonderfully captivating cover of the book, Seeing Ghosts: A Memoir, when it arrived and immediately became enthralled by her writing. It is a beautifully spun ode to her late mother, who was a quirky, quick-witted woman, along with the story of her mother’s family and how she came into the world, which tragically mirrors the story of her death. Her mother came into the world a miracle. Kat’s grandmother’s uterus was riddled with cancer during her pregnancy, causing the start of her mother’s life to be traumatic, fighting her way out into the world at birth. The end of her life, in turn, was sadly caused by cancer.

Chow maneuvers through her grief through her writing, excavating her family history and telling a powerful immigrant-American story along the way to deal with and understand her loss.

Mommy, grief is a container of contradictions. I want to expel something, though I do not know what. I want to rid myself of this heaviness, just as much as I want to keep your ghosts. Writing about you is a strange act itself. I am perhaps afraid of it, or at least, I dread it. Yet I feel compelled to write you into being. I am hopeful, though: I spin you out of myself and into something else.

Chow reveals how losing someone you love can take a toll on not only you, but how you see and understand the world around you, the relationship you had with the deceased, and your family's story. A wonderful and sincere read, Seeing Ghosts unravels her family’s generational grief and reveals how it followed her mother’s life as well as her own. (EPP)

I didn't get a chance to cover this one before its pub day on August 17, but I wanted to include it in one of my favorite new books you should check out this week!

Still Mad is a comprehensive tour of the diverse, feminist literature landscape. Writers and literary critics Sandra M. Gilbert and Susan Gubar introduce the book still fuming from the 2016 election, which gave many feminists of the second wave a second wind in their fight for equality.

While the marchers of the seventies felt themselves to be advancing into a brave new world, the plaintiffs of 2017 were gazing at a fallen world, dominated by a corrupt figure both infantile and demonic.

Second-wave feminism may have been guided by the women's liberation movement of the seventies, but its continuation is sustained and shaped by each of us. It takes many forms, as demonstrated by the variety of written works presented in the book. For example, the conflicting desires of self-indulgent femininity and independence was a key element of youth in the '50s for writers like Sylvia Plath and Audre Lorde, but women of the same era, like Gwendolyn Brooks, focused on writing about the racial and generational tensions of the time. Still Mad shows that we don't need to pit women against each other to determine who is most useful in the fight for gender equality. Rather, the written word leaves space for everyone to contribute their voice. Though the literary world was not and is not always equal, Still Mad proves how impressive this catalog of writers is, writing because of and despite the times they lived in.

Women writers are both fighting their own fight, writing their own perspective, and leaving clear evidence of their experience that influences both their current era and future generations. While there is clearly no straight path of success for feminism, Still Mad gives us the reasons we need to remain alert as well as the mentorship to show how we can contribute our voices to the movement. (GMC) 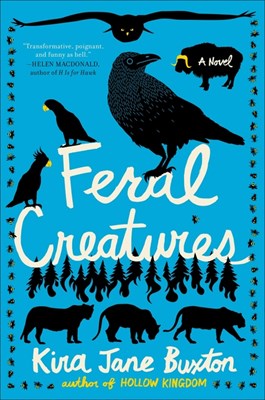 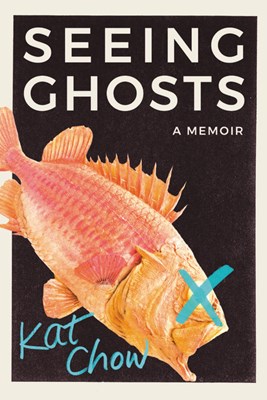 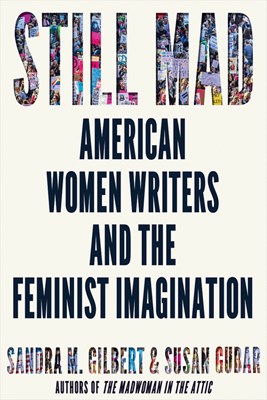