David Buckmaster takes on issues as personal as how to advocate for better pay for yourself, and as broad as how to change the system to rid it of its persistent racial and gender disparities and finally provide equal pay for equal work. 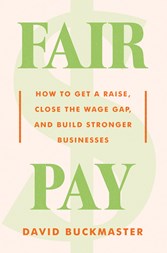 Fair Pay: How to Get a Raise, Close the Wage Gap, and Build Stronger Businesses by David Buckmaster, Harper Business

Buckmaster opens the book describing a protest in Seattle. It was 2014, outside of the global headquarters of Starbucks. People were holding signs and chanting in unison: “Fight for $15!” It was well before the movement gained momentum in national politics, but it got his attention that day. His job at the time, in his words, was “to set the pay rates for every Starbucks store employee.” And his team was, at that very time, in the midst of planning significant improvements to pay and benefits for store employees—which were already seen as generous, and even progressive, in comparison to industry standards. The Atlantic had even written a cover story asking “Can Starbucks Save the Middle Class?” But, in most places, the plans they were making were far from the $15-an-hour floor being advocated on the street, which was not uncommon. Indeed, at the time of the protests Buckmaster describes, “almost half the nation’s workforce … were paid below the $15 threshold.” Millions are still paid at or below the minimum wage itself, which is much lower in most places. And most of that work is done in the industry he was working in at the time, food service, whose workers do not, as so many in the debate suggest, fit the stereotype of a teenager working their first job flipping burgers for the summer to gain “job experience.”

More than half are over age twenty-five, and about 80 percent are at least twenty. […] About a third are parents and face increasing barriers to upward mobility for their families, like a lack of affordable childcare or predictable work scheduling.

Buckmaster’s book is not about the minimum wage, though, so much as it is about wage inequality across the board and what we, and the companies we work in, can and should do about it. It takes on issues as personal as how to advocate for better pay for yourself, and as broad as how to change the system to rid it of its persistent racial and gender disparities and finally provide equal pay for equal work. But it is all centered upon one fact that is undeniable once Buckmaster cracks open the black box of how people in his profession have traditionally gone about the job of setting pay for very large swaths of the American workforce, what that means for all of us, and why it must change. In his own estimation:

The current system of pay we accept to be a normal and natural result of the free market is, for most workers, neither normal nor natural, and this market failure is putting the entire economic system at risk.

We used to have a standard nomenclature around here for different kinds of books—“nuts and bolts” for traditional business management, best practices, change management, and the like, and “big picture” for books on the overall environment business exists within, big ideas, and societal change. We’ve evolved away from those easy descriptions as the genre has evolved and expanded over the past 20 years, but I don’t know if I’ve ever come across a book that checks off both categories so thoroughly. There is nothing more nuts-and-bolts about business than decisions on how to compensate employees, and there is nothing that could change the country quite so quickly or directly as tackling income inequality by paying most of them more. As Buckmaster writes, “Now is the time to redeem the idea of fairness,” and his book is a perfect nuts-and-bolts, big picture place to start. 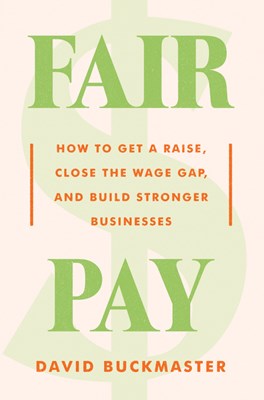