Girly Drinks: A World History of Women and Alcohol

Girly Drinks by Mallory O’Meara is enlightening and encouraging of inclusivity for drinking cultures across the world. 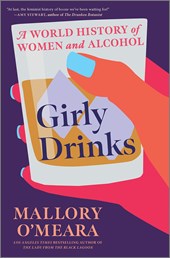 Wisconsin is known for its dairy, but it's not just milk that Wisconsinites like to drink... The state has made the top 10 list for excessive alcoholic consumption multiple years in a row, with seven of its cities ranking in the top 20 drunkest cities in the US this year. Growing up in this culture is complicated to say the least. It's nice to be part of a community that likes to socialize and have fun, but it’s also disconcerting to see many who consume in distasteful excess (Half of driving deaths in Green Bay involve alcohol). On top of that is the frustration of seeing racism and sexism bleed into drinking culture–I can remember almost every one of the faces of female and POC bartenders I’ve encountered, because there have been so few. While representation is still slowly building in Milwaukee and beyond, it’s been exciting to see people acknowledge the inequality and work to change it. One example being local radio host/Director of Digital of Digital Strategy and Innovation/certified sake professional Tarik Moody and how he has been making everything from tech to Japanese rice wine more accessible, like by founding a gaming festival, collaborating with media partners, hosting an innovation podcast, and hosting sake tastings. The book Girly Drinks by Mallory O’Meara is similarly enlightening and encouraging of inclusivity for drinking cultures across the world.

O’Meara’s book tells the stories of fifteen women who had an impact on alcohol culture, but it also smartly includes the contexts of those stories.

The history of alcohol and drinking is an amalgamation of anthropology, chemistry, sociology, culinary history, economics, politics, and science.

Luckily, you don’t have to have any depth of knowledge in any of those -ologies to understand and thoroughly enjoy Girly Drinks. O’Meara’s descriptions and histories of alcohol and its many varieties are fascinating and accessible. I especially appreciate her cheeky asides and the additional info in the footnotes. And while the discoveries and developments of beer, wine, mead, sake, vodka, and more across time are fascinating, what is most surprising to me are the eras and civilizations in which women seem to have greater representation and equality than I expected and maybe even more than what they have in some societies today. For example, in ancient Mesopotamia:

There was no stigma around women doing sex work. Girls attended school (the same ones boys went to, run by priests or scribes) if they were royal or rich enough.

The industry where women ruled, though, was brewing.

Similarly, the Tang dynasty in China was known as “the golden age for women” when they were able to access education, drink in taverns, and work as government officials and military generals. Cultural changes caused by shifts in power weakened women’s independence in many cases, and we’ve been attempting to elbow our way back into the typical bar scene ever since. It’s exciting to see the progress women have made, including women in our very own city such as Patricia Henry, who, in 1995 at Miller brewery, became the first female beer plant manager in the country. You can look around any pub, bistro, or tavern in Milwaukee and see women, but to still consider alcohol of any sort as a man’s drink is not just misogynistic, it’s also very wrong. O’Meara’s book is a well-researched, passionately written testament to the fact that, as she writes, “all drinks are girly drinks.” 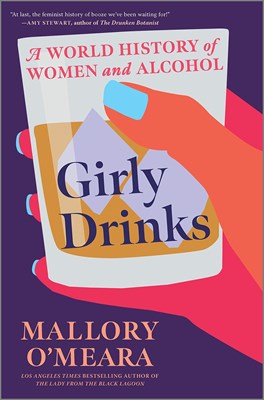 Girly Drinks: A World History of Women and Alcohol