In her heartrending yet hopeful memoir, Nice Leng’ete describes her journey to becoming a human rights activist and dedicating her life to fighting female genital mutilation. 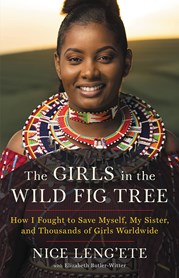 The Girls in the Wild Fig Tree: How I Fought to Save Myself, My Sister, and Thousands of Girls Worldwide by Nice Leng’ete, Little Brown

Nice Leng’ete grew up in Kenya as a part of the Maasai people and their traditions, one being “the cut.” The “cut” is female genital mutilation (FGM), in which a young girl’s clitoris is cut off. As a young child, she witnessed the ceremonies of other girls receiving “the cut” and knew from a young age it was to be feared. Some girls die from infection, shock, and even blood loss, as one of the girls Leng’ete witnessed receive the cut did in the days following it. If they survive, the mutilation deeply impacts the life and wellbeing of the girl and can cause lifelong pain and suffering:

The procedure can cause lifelong health damage: scarring, cysts, and abscesses. Sex and urination may be painful. Some women experience infertility because of recurrent infections from the cut. For women who get the cut, sex becomes at best a duty, not a pleasure; at worst, it is a painful ordeal. Childbirth becomes far more dangerous. “Circumcision” brings to mind the small snip that boys get. For women, the procedure is far more serious and far more destructive. Because it is so damaging, I prefer to call it female genital mutilation.

After experiencing the devastating loss of her parents, Leng’ete was sent to live with her grandfather she adored, but was officially under the care of an uncle who planned to have her cut and married off to a much older man at the astonishing age of 8. She knew she wanted a different life and therefore, as a child, ran. Ran from a life of pain, the future as a child bride birthing children. She wanted to stay in school and receive an education while keeping her body intact. She hid in an oretiti tree, sacred to the Massai people, which is where the book’s title comes from, and escaped the cut and that life. Later, after witnessing what it had done to her sister and others, Leng’ete decided it was time to speak up, to save herself and future girls from this inhumane and unnecessary act. She joined others fighting against FGM, such as Jaha Dukureh, who was cut and married at the early age of 15 into a forced and abusive marriage (her story can be watched in the powerful documentary Jaha’s Promise).  She loves her people and values tradition, “But some traditions,” she believes “deserve to die.”  In her heartrending yet hopeful memoir, Leng’ete describes her journey to becoming a human rights activist and dedicating her life to fighting female genital mutilation. 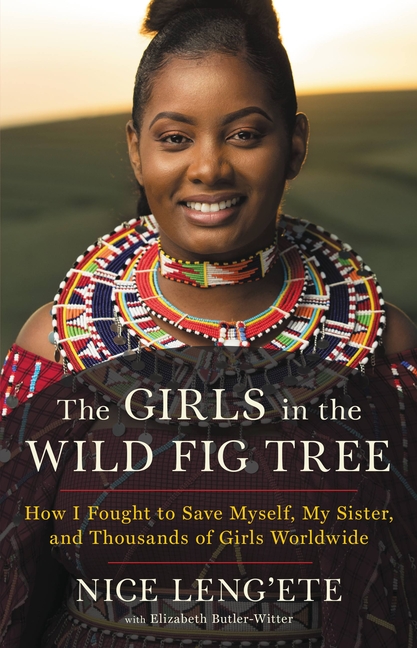