Telling someone your favorite book is an act of trust that we don’t take for granted.

Reading books from other perspectives is not the only way to build community, increase empathy, and build understanding in the world. As a reading community, learning each other’s favorite books can give us insight to their interests, values, and hopes. Telling someone your favorite book is an act of trust that we truly don’t take for granted!

Whether you love laying on a beach, in a hammock, or splayed out inside in the comfort of the A/C, this list of staff favorite books has you covered this summer. 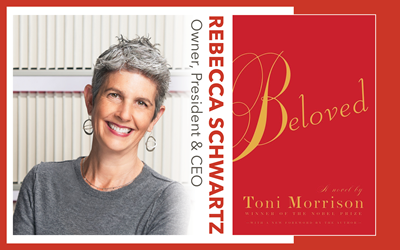 “That Toni Morrison’s novel Beloved is an important and artfully written novel is established fact –after all, it was awarded the Pulitzer Prize in 1988. However, I’ve chosen it for this list for other reasons. In a previous life, in my career as a high school teacher, I was fortunate to teach this text to my AP seniors, and so had the opportunity to reread and study it year after year. And with every reading, the novel opened more windows, offered more insight, more truth, more magnificence. Like viewing something complicated and beautiful through a prism, each time through this novel yielded up more about language, motherhood, racism, resistance, and resilience. I credit my experience reading and teaching this astonishing book with making me a better reader, a better teacher, and a better American. ” – Rebecca Schwartz, Owner, President, & CEO

Cry to Heaven by Anne Rice, Alfred A. Knopf 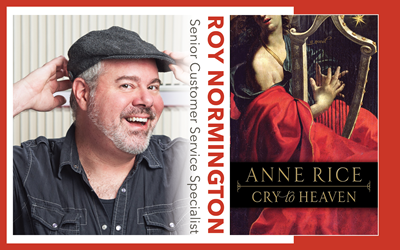 “Anne Rice has a way of weaving fact and fiction like no one else. Her way of telling the story, makes you feel that you're in the intimate rooms with her characters. Penned 40 years ago, this novel is about the male castrati sopranos that sang throughout Europe in the 1800s. It sheds light on gender issues, sexuality, class systems and the different faces of love. Rice not only gives an almost perfect historic account in this haunting tale, but she also provides hidden secrets of how these boys were treated not just by society, but also their relationships with other men, women and to each other.” 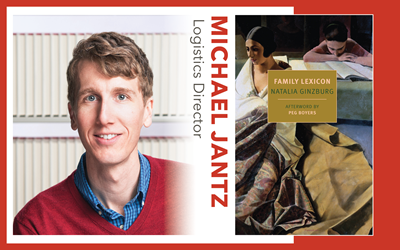 “Family Lexicon was my initiation to the world of Natalia Ginzburg’s writing, and it’s been one of my most-recalled books of recent years. It is a memoir mostly of Ginzburg’s life growing up with her family in Turin during Mussolini’s time in power. Ginzburg’s dispassionate narration style leaves so much room for her characters—in this case her family—to fully inhabit her pages. Most notable of these family members is her father Giuseppi, whose constant assailing of his family members as ‘jackasses’ and ‘nitwits’ somehow comes off as hilarious, rather than abusive (he also notably calls the paintings of Felice Casorati ‘dribbledrabs’ and ‘doodledums’…it’s hard not to laugh at the ridiculousness of these outbursts). Ginzburg’s mother Lidia has a kind of buffering effect on her husband’s explosiveness—throughout the book she’s empathetic, positive. The book feels simultaneously like a memoir of family minutiae and a WWII thriller, as despite the story’s subject matter focusing on family relationships, events, and most importantly, "sayings", the impacts of war and fascism are significant both on the moods and trajectories of the people in Ginzburg’s family. But despite the ever-present effects of fascism rippling throughout its pages, Family Lexicon is often warm and funny, and I come away wishing I could be there in the room Natalia, her parents and her siblings, as they struggle to live rationally and lovingly in a world that is increasingly irrational and full of violence.” – Michael Jantz, Logistics Director 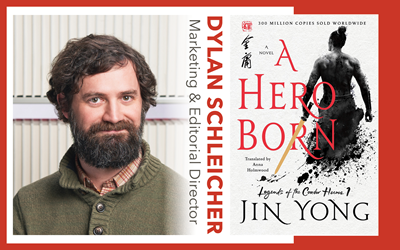 “Imagine a book of historical fiction, set during the Jin–Song Wars, but with the martial arts magic and epic fantasy elements of movies like Crouching Tiger, Hidden Dragon thrown in, and you get an idea of the world you’ll encounter in The Legend of the Condor Heroes. The wuxia novel by Jin Yong (the pen name of Louis Cha) was originally serialized in a Hong Kong newspaper in the late 1950s, and has been through many editions and adaptations since, but wasn’t released in English until the last few years—in four volumes from St. Martin’s Press. At the beginning of the four-book series, Ironheart Yang and Skyfury Guo, two Song patriots and sworn brothers in the martial arts, pledge that their unborn sons will become sworn brothers after them. But they are attacked (and one killed) by a Jin prince and their wives and unborn sons are separated from them and each other. One boy ends up being raised in the household of the Jin prince who attacked his father as his son, while the other is scattered with his mother to Mongolia and ends up being raised in the camp and care of Genghis Khan—bringing a third rising power into the mix. But fate, and the guidance of the greatest martial arts masters of the day, will guide them back together—for better or worse—with consequences for themselves and entire empires.” – Dylan Schleicher, Marketing & Editorial Director 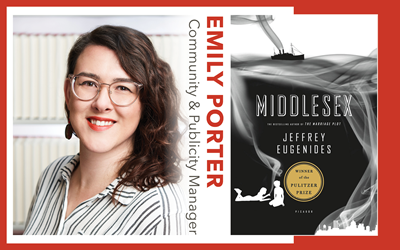 “This book is one of the only books I have read more than once in my life. Filled inspiration and the humanity of what someone goes through to find their true identity.” 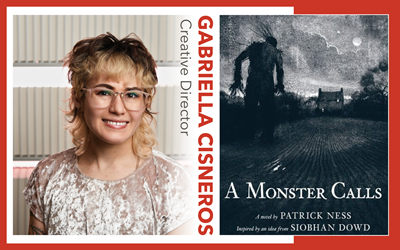 A Monster Calls by Patrick Ness, Inspired by an idea from Siobhan Dowd, Candlewick

“A beautifully illustrated coming-of-age book (and movie) that is for all ages to cry along to. It’s one of those stories that can mean something new to you at every stage of your life. Patrick Ness balances the darkness of the human experience with the whimsy of a child’s imagination, reminding us of the fragility of each of us, regardless of age, experience, or upbringing.” 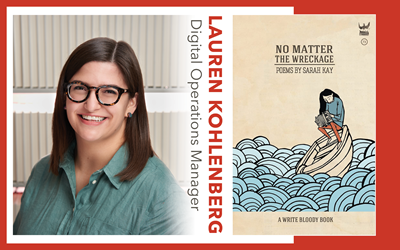 No Matter the Wreckage by Sarah Kay, Write Bloody Publishing

“It's a collection of poems that I found in high school that I keep returning to as I get older. Her poetry feels like an old friend, and I find that I continue to look back at her work when I need a sense of comfort or familiarity. As I grow and change, I find that my interpretations of the poems do so alongside me. Sarah Kay is also a wonderful spoken word poet and her work reads beautifully on the page and aloud. My two favorites are ‘Hiroshima’ and ‘Montauk.’” 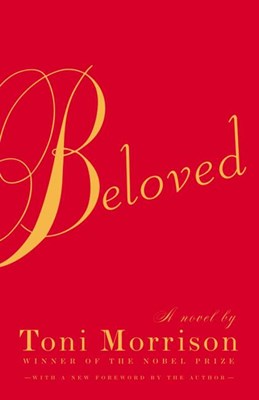 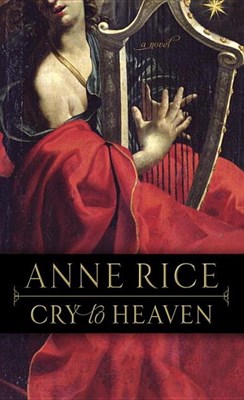 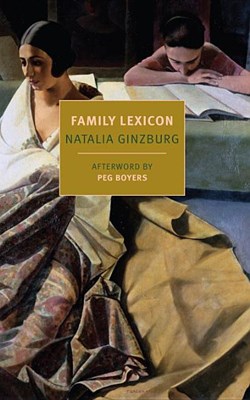 A Hero Born: The Definitive Edition 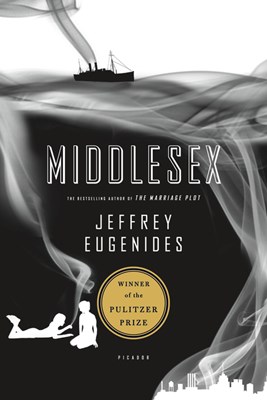 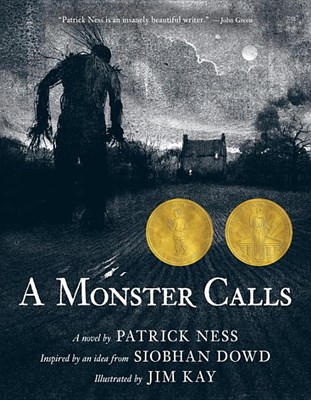 A Monster Calls: Inspired by an Idea from Siobhan Dowd 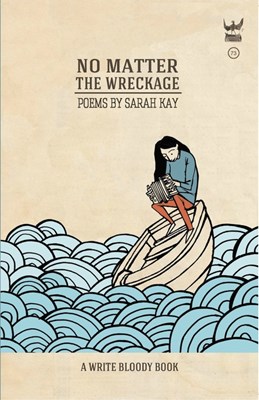 No Matter the Wreckage