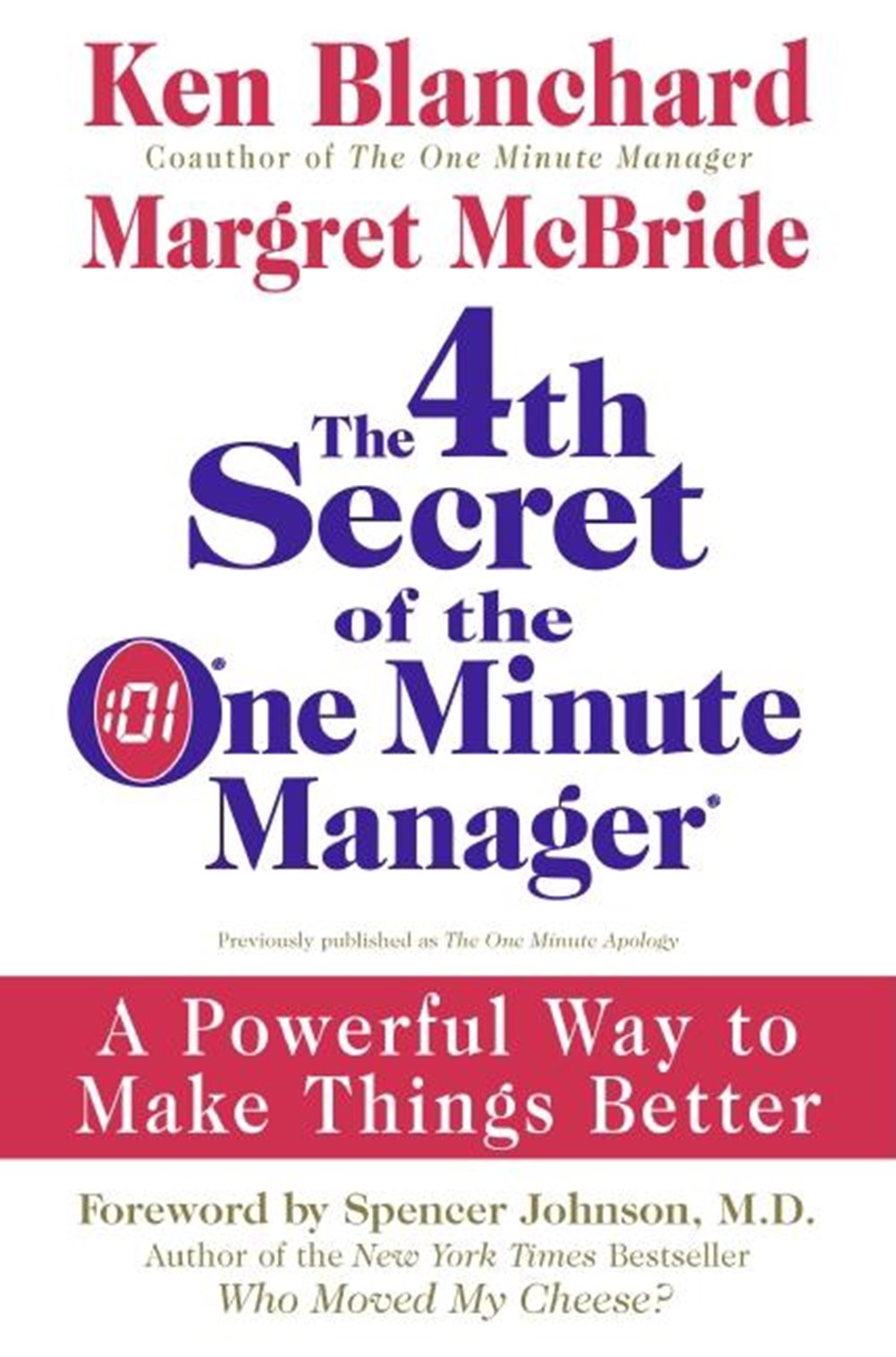 The 4th Secret of the One Minute Manager: A Powerful Way to Make Things Better

In the classic bestseller, "The One Minute Manager," Blanchard and Spencer Johnson defined the three secrets of good management. Blanchard and McBride now offer a fourth secret, the One Minute Apology--one of the most powerful actions for improving company and employee morale.

With The One Minute Manager Ken Blanchard and coauthor Spencer Johnson forever changed the way we approach management by introducing their Three Secrets: One Minute Goals, One Minute Praisings and One Minute Reprimands. The book became an international bestseller and remains a timeless classic. Blanchard, along with coauthor Margret McBride, presents the 4th Secret, a concept that, when implemented properly, is one of the most powerful actions for improving company and employee morale. This is a book that can extend well beyond the business realm and repair relationships that we thought were broken forever.

Using Blanchard's signature breezy style, The 4th Secret of the One Minute Manager tells the story of a bright young man, Matt Hawkins, who wants to help his mentor, the company president, face and deal with some crucial mistakes. For advice, Matt turns to family friend Jack Peterson, known by everyone as the One Minute Manager. What begins as a beautiful country weekend turns into an enlightening few days when Matt discovers how to take action effectively when we have done something wrong. Through this engaging parable, Blanchard and McBride teach readers step-by-step how to accept responsibility for their errors and deal with the cause of the damage while maintaining a genuine sense of integrity.

Destined to join Ken Blanchard's other groundbreaking classics, The 4th Secret of the One Minute Manager offers businesspeople--and just about anyone else--a cogent and clearheaded way of approaching one of life's most perplexing dilemmas: how to accept that we have made a wrong decision and how to correct it by making a meaningful apology. The techniques described in this simple but profound story will have significant results at work and at home.