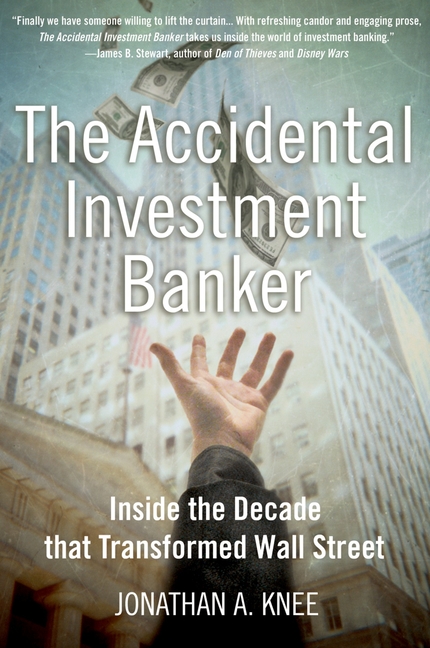 The Accidental Investment Banker: Inside the Decade That Transformed Wall Street

Jonathan A. Knee had a ringside seat during the go-go, boom-and-bust decade and into the 21st century, at the two most prestigious investment banks on Wall Street--Goldman Sachs and Morgan Stanley.

Jonathan A. Knee had a ringside seat during the go-go, boom-and-bust decade and into the 21st century, at the two most prestigious investment banks on Wall Street--Goldman Sachs and Morgan Stanley. In this candid and irreverent insider's account of an industry in free fall, Knee captures an exhilarating era of fabulous deal-making in a free-wheeling Internet economy--and the catastrophe that followed when the bubble burst.
Populated with power players, back stabbers, celebrity bankers, and godzillionaires, here is a vivid account of the dramatic upheaval that took place in investment banking. Indeed, Knee entered an industry that was typified by the motto first-class business in a first-class way and saw it transformed in a decade to a free-for-all typified by the acronym IBG, YBG (I'll be gone, you'll be gone). Increasingly mercenary bankers signed off on weak deals, knowing they would leave them in the rear-view mirror. Once, investment bankers prospered largely on their success in serving the client, preserving the firm, and protecting the public interest. Now, in the financial supermarket era, bankers felt not only that each day might be their last, but that their worth was tied exclusively to how much revenue they generated for the firm on that day--regardless of the source. Today, most young executives feel no loyalty to their firms, and among their clients, Knee finds an unprecedented
but understandable level of cynicism and distrust of investment banks.
Brimming with insight into what investment bankers actually do, and told with biting humor and unflinching honesty, The Accidental Investment Banker offers a fascinating glimpse behind the scenes of the most powerful companies on Wall Street. 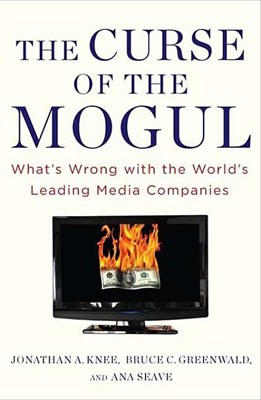 The Curse of the Mogul: What's Wrong with the World's Leading Media Companies