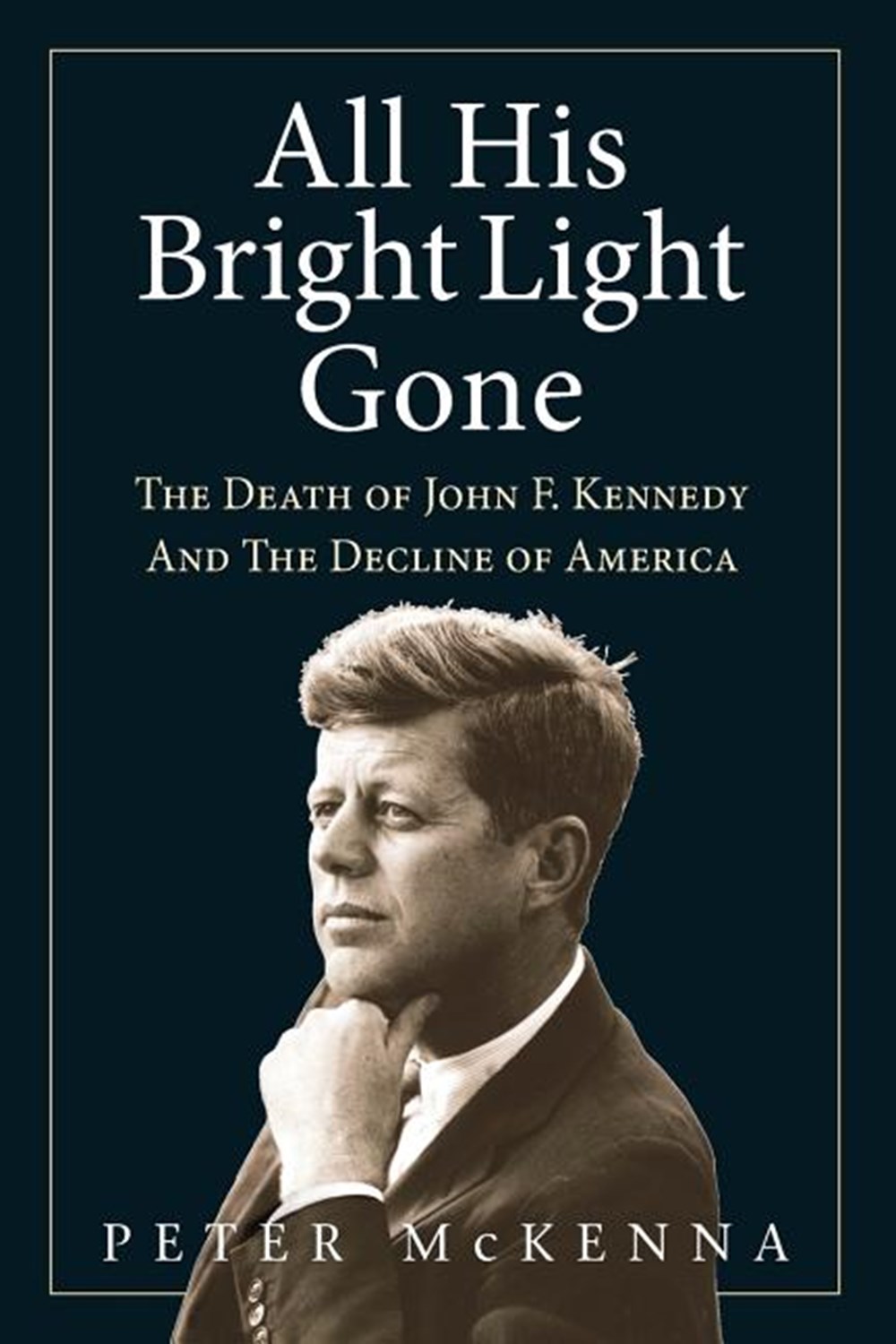 All His Bright Light Gone: The Death of John F. Kennedy and the Decline of America

METADATA TITLE: ALL HIS BRIGHT LIGHT GONE SUBTITLE: The Death of John F. Kennedy and the Decline of America AUTHOR: Peter McKenna ISBN: 978-0-997132-0-0 FORMAT: soft cover DESCRIPTION: The book explores how the United States declined after the assassination of President John F.

TITLE: ALL HIS BRIGHT LIGHT GONE

SUBTITLE: The Death of John F. Kennedy and the Decline of America

DESCRIPTION: The book explores how the United States declined after the assassination of President John F. Kennedy. Its premise is that Kennedy understood that this country was originally designed by the Founding Fathers to be a democratic republic, and that it must remain a democratic republic if it is to survive. In a remarkably short time, Kennedy created a modern-day version of a republic by inspiring the American people to embrace civic responsibility and to participate in government.

This approach was ignored by presidents Richard Nixon, Lyndon Johnson, Ronald Reagan, and George W. Bush. Kennedy said the president must never lie to the people, but Nixon and Johnson lied to protect their political ambitions. Kennedy wanted an economy that worked for every citizen, but Reagan created trickle-down economics, a system that said our government is the enemy of the people, and he made special interests and corporations the driving force of the economy. He made no effort to promote participatory democracy, instead he created an ideology based on greed and anti-government sentiment.

Conservatives have used this ideology to transfer the bulk of our nation's wealth to just one percent of the population. The ideological warfare Reagan began has today brought government to a halt. This country's political leaders cannot resolve, or even objectively discuss, important issues such as gun control, climate change, the minimum wage, or campaign finance reform.

The book is particularly important in light of the presidential election of 2016. It illustrates how a man like Donald Trump can actually become a viable candidate for the nation's highest office. It argues that Kennedy left behind a model for the way the presidency should be run in the modern era. No matter who becomes president in 2016, be it Hillary Clinton, Bernie Sanders, or Trump, the people should demand that he or she return the country to the ideals established by President Kennedy.

Peter McKenna, the book's author, has been a journalist for more than 30 years. He is a graduate of Columbia University Graduate School of Journalism. He has spent the last five years researching the way this nation changed after November 22, 1963, the day Kennedy died.