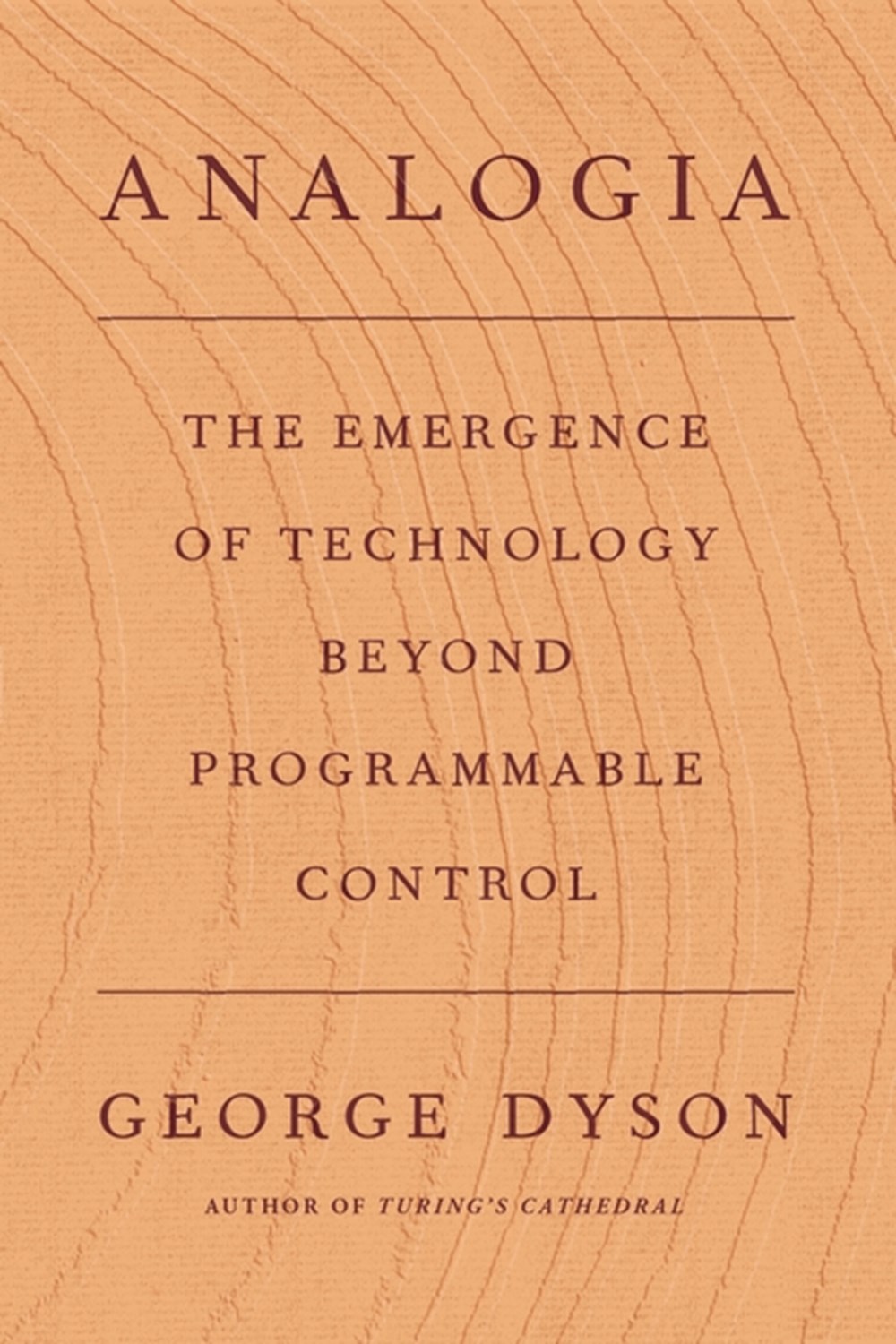 Analogia: The Emergence of Technology Beyond Programmable Control

In Analogia , technology historian George Dyson presents a startling look back at the analog age and life before the digital revolution--and an unsettling vision of what comes next.

In Analogia, technology historian George Dyson presents a startling look back at the analog age and life before the digital revolution--and an unsettling vision of what comes next.

In 1716, the philosopher and mathematician Gottfried Wilhelm Leibniz spent eight days taking the cure with Peter the Great at Bad Pyrmont in Saxony, seeking to initiate a digitally-computed takeover of the world. In his classic books, Darwin Among the Machines and Turing's Cathedral, Dyson chronicled the realization of Leibniz's dream at the hands of a series of iconoclasts who brought his ideas to life. Now, in his pathbreaking new book, Analogia, he offers a chronicle of people who fought for the other side--the Native American leader Geronimo and physicist Leo Szilard, among them--a series of stories that will change our view not only of the past but also of the future.

The convergence of a startling historical archaeology with Dyson's unusual personal story--set alternately in the rarified world of cutting-edge physics and computer science, in Princeton, and in the rainforest of the Northwest Coast--leads to a prophetic vision of an analog revolution already under way. We are, Dyson reveals, on the cusp of a new moment in human history, driven by a generation of machines whose powers are beyond programmable control.