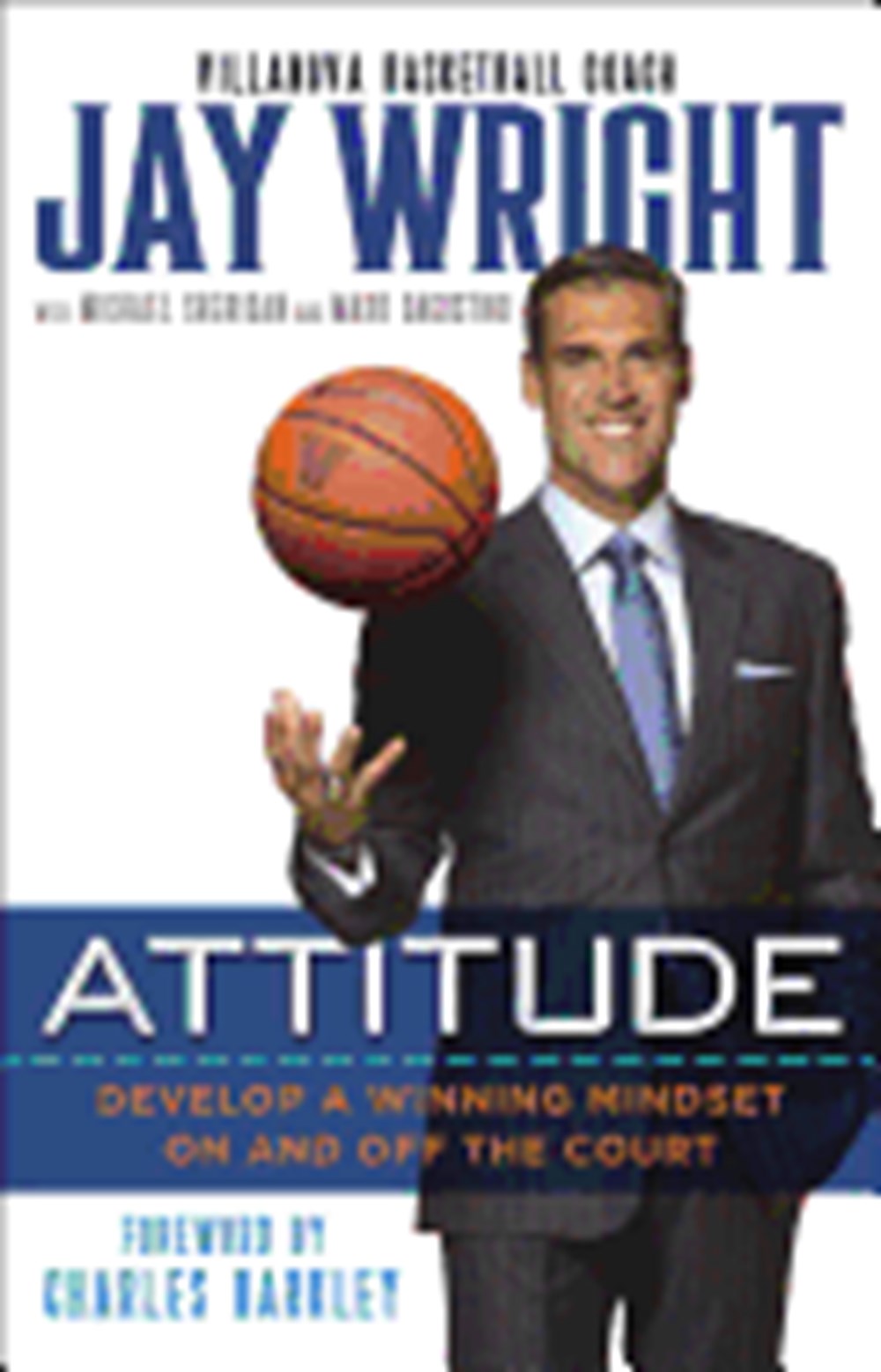 Attitude: Develop a Winning Mindset on and Off the Court

NEW YORK TIMES BESTSELLER - From the coach of the 2016 and 2018 NCAA Tournament-winning Villanova University men's basketball team comes a behind-the-scenes look at the making of a champion, along with lessons from his coaching career and the story of his personal road to success.

With March Madness just around the corner, we have an excerpt from a new book by Jay Wright, head coach of last year's champion, Villanova. READ FULL DESCRIPTION

NEW YORK TIMES BESTSELLER - From the coach of the 2016 and 2018 NCAA Tournament-winning Villanova University men's basketball team comes a behind-the-scenes look at the making of a champion, along with lessons from his coaching career and the story of his personal road to success. NAMED ONE OF THE BEST BOOKS OF THE YEAR BY BLOOMBERG When Kris Jenkins sank a three-pointer at the buzzer to win the 2016 NCAA Tournament, it was a victory not just for a team and its coach but for an entire program. In his twentieth season with the Villanova program, including a five-year stint as an assistant to Coach Rollie Massimino, Coach Jay Wright had achieved his lifelong dream--and witnessed the culmination of a decades-long effort to build a culture of winning around a set of core values. In Attitude, Coach Wright shares some of the leadership secrets that have enabled Villanova, a private university with an undergraduate enrollment of less than 6,500, to thrive in the hypercompetitive world of college athletics. As he recounts the story of the 2015-16 Wildcats, Coach Wright offers anecdotes from his own journey up the ladder of success, with lessons learned on the Little League playing fields of his youth and wisdom passed down from his coaches and mentors. Each step of Villanova's journey to a national championship incorporates a signature term torn from Coach Wright's own motivational playbook. Here are key principles that aspiring leaders can apply, not only on the basketball court but in the boardroom, the classroom, and the living room. From learning to accept your role to remembering to honor those who came before us, Jay Wright's core values provide a positive blueprint for transformational team building based on the idea that anyone--from the head coach to the last player on the bench--can be a leader when the moment demands it. The product of a lifetime's worth of championship-level preparation, Attitude is perfect for anyone looking to build a team, achieve a goal, or nurture their own winning culture. Praise for Attitude "Jay Wright's Attitude is filled with wonderful anecdotes, life lessons, and that which we all seek: wisdom."--Phil Knight, co-founder and chairman emeritus, Nike "In 2015-16, Villanova displayed the best attributes of a champion by playing hard, smart, and together. Jay Wright instilled those traits in his team, and in Attitude he shares the universal leadership lessons that helped it succeed."--Mike Krzyzewski, head coach, Duke University basketball