Benjamin Franklin Butler was one of the most important and controversial military and political leaders of the Civil War and Reconstruction eras.

Benjamin Franklin Butler was one of the most important and controversial military and political leaders of the Civil War and Reconstruction eras. Remembered most often for his uncompromising administration of the Federal occupation of New Orleans during the war, Butler reemerges in this lively narrative as a man whose journey took him from childhood destitution to wealth and profound influence in state and national halls of power. Prize-winning biographer Elizabeth Leonard chronicles Butler's successful career in the law defending the rights of the Lowell Mill girls and other workers, his achievements as one of Abraham Lincoln's premier civilian generals, and his role in developing wartime policy in support of slavery's fugitives as the nation advanced toward emanciaption. Leonard also highlights Butler's personal and political evolution, revealing how his limited understanding of racism and the horrors of slavery transformed over time, leading him into a postwar role as one of the nation's foremost advocates for Black freedom and civil rights, and one of its notable opponents of white supremacy and neo-Confederate resurgence.

Butler himself claimed he was always with the underdog in the fight. Leonard's nuanced portrait will help readers assess such claims, peeling away generations of previous assumptions and characterizations to provide a definitive life of a consequential man. 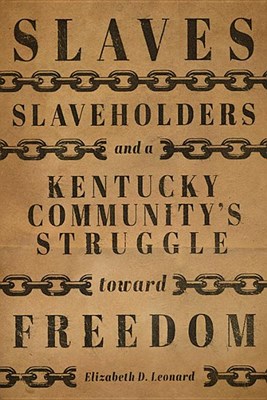 Slaves, Slaveholders, and a Kentucky Community's Struggle Toward Freedom