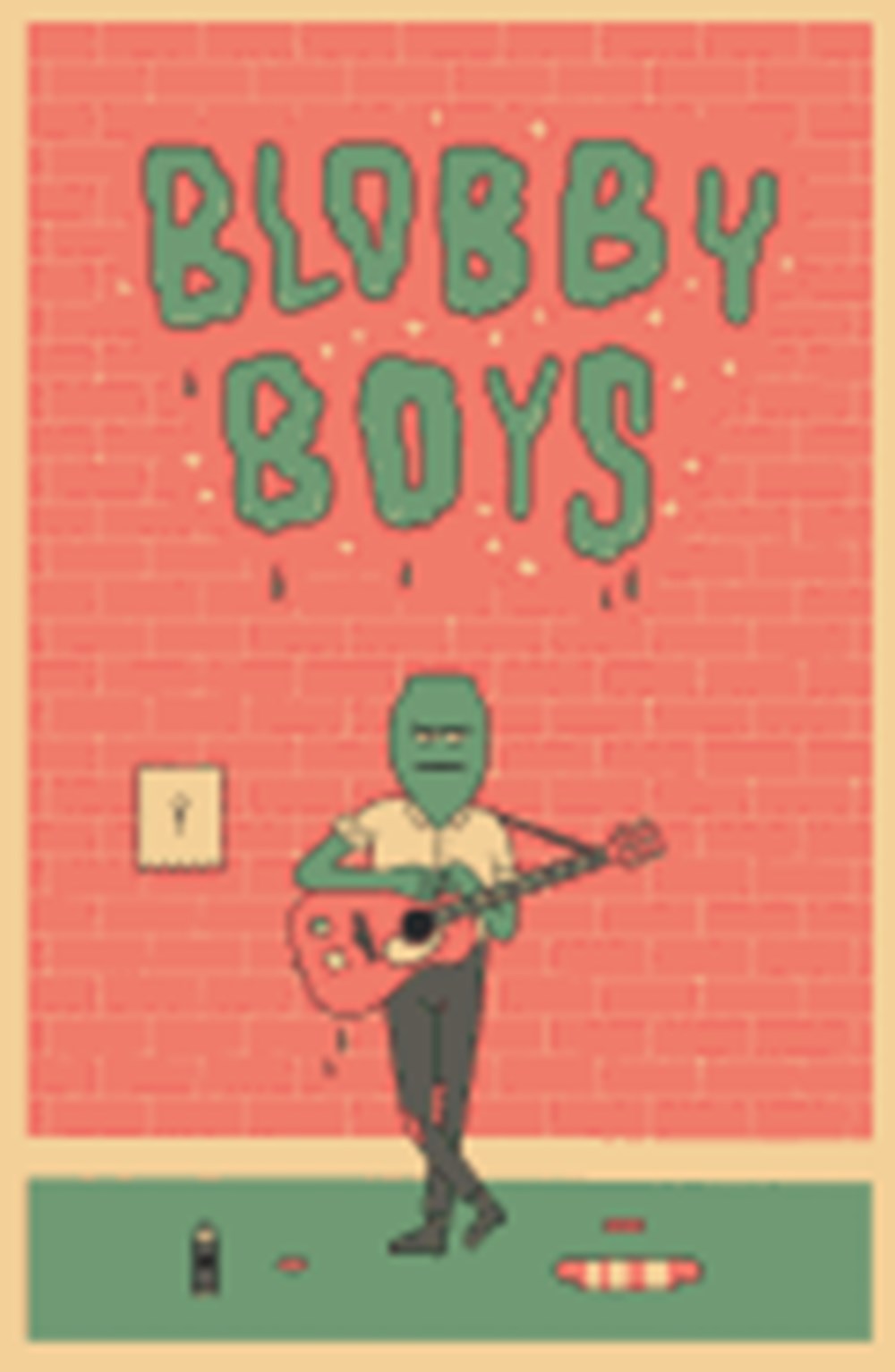 Blobby Boys is not a rip off. It is a hilarious and slime-filled comic about pot smoking blobby band mates.

Blobby Boys is a hilarious and slime-filled comic about pot smoking blobby bandmates who are equal parts Ninja Turtles and punks. Their exploits dealing, robbing, and jamming are rounded out by the misadventures of Aging Hipster and Punk Dad.

Alex Schubert was born in Mascoutah, Illinois, and is based in Kansas City, Missouri. His Tumblr-based blog Zine Police features excerpts from his sketchbooks and zines including The Dudes and Blobby Boys, which MTV praised as "one of the funniest dumbest bestest webcomics we've come across in a minute."