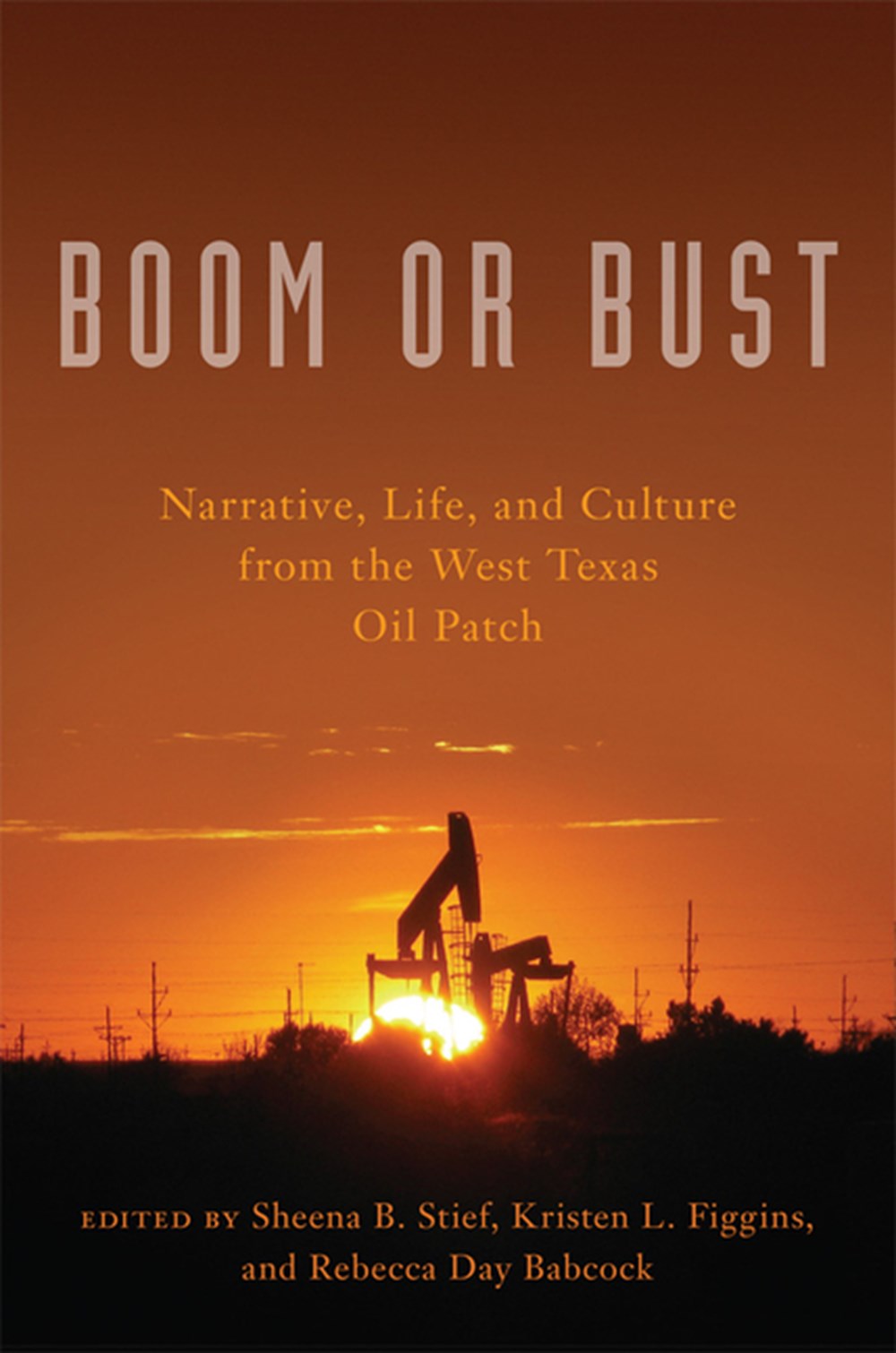 Boom or Bust: Narrative, Life, and Culture from the West Texas Oil Patch

A vast number of studies have documented the economic and geological effects of oil production, but the impact of boom-and-bust cycles on individuals and communities has received less attention.

A vast number of studies have documented the economic and geological effects of oil production, but the impact of boom-and-bust cycles on individuals and communities has received less attention. Boom or Bust remedies this gap by highlighting the personal experiences of those directly affected in an economy dominated by oil and natural gas production. The Permian Basin is one of the largest oil-producing regions in the United States. People who live there have benefited from explosive growth, only to see opportunities vanish with sudden industry downturns. In 2016, the National Endowment for the Humanities funded a grant for the study and collection of energy narratives in this economically volatile region. Boom or Bust derives from that community initiative and offers a unique contribution to the developing field of energy humanities. The oil-field industry may seem to be all about numbers, but as Boom or Bust demonstrates, residents of oil-and-gas country, whether they work in the oil field or not, are at the mercy of an ever-shifting economy. When the price of oil rises, companies move in and newcomers flood the area, expanding the employment force. And as the population booms, so does the infrastructure of cities. When prices drop, though, families must make difficult choices: whether to stay put or follow the oil to another location. With the ensuing declines in population, small businesses close their doors and unemployment levels rise. Despite the inevitable declines and despite the increase in alternative energy resources, many West Texans feel a sense of pride that borders on patriotism. Boom or Bust reveals the full complexity of boomtown culture.