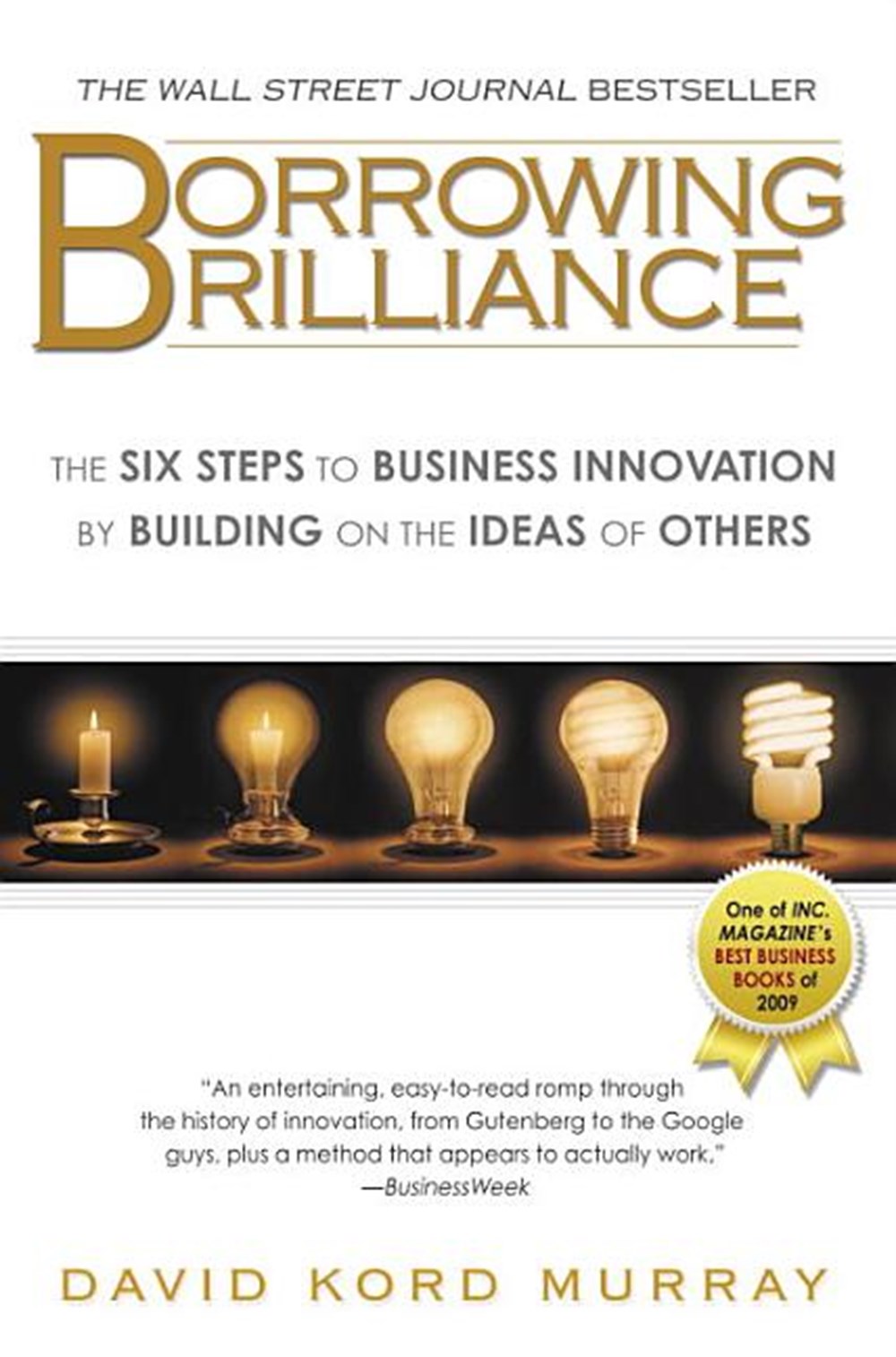 In a book poised to become the bible of innovation, a renowned creativity expert reveals the key to the creative process. Murray explains the origins and evolution of a business idea by showing readers how new ideas are merely the combinations of existing ideas.

Every once in awhile I really flip over a new book/galley I get. My latest fave rave is Borrowing Brilliance, a September 2009 title from Gotham books authored by David Kord Murray. The premise of the book is that we have all borrowed ideas in the past, but that this borrowing isn't intellectual theft. READ FULL DESCRIPTION

David Kord Murray was in town yesterday for our LeaveSmarter series, sponsored by M&amp;I Bank and Whyte Hirschboeck Dudek S. C. A clip from his talk can be seen below, where he describes the process of looking for creative solutions outside the realm of where your problem(s) exist. READ FULL DESCRIPTION

A New inBubbleWrap Giveaway: Plan B

If you were to open up David Kord Murray's Plan B to the Table of Contents and run your finger down the list of chapter inclusions, you'd scan such colorful teasers as these: iTunes as a Can Opener The Fat Man and Little Boy Ten Thousand Empty Stores Ernest Hemingway Beginner's Sex Intriguing, to say the least. And isn't it exciting to open up a new book, a book on strategy and management no less, and actually be curious not only about the information provided but also about how these teasers will be resolved, how the author's apparently quirky point of view will levitate the material? Murray did this same thing in his first book, Borrowing Brilliance too. READ FULL DESCRIPTION

What's Your Plan B?

When we have an idea, or work on a project, it can get absorbed into us. We dream of what it will be like when realized, and imagine all the great things that will happen because of its creation. Eventually, it can be hard to separate our imagination from the unknown variables of reality. READ FULL DESCRIPTION

In a book poised to become the bible of innovation, a renowned creativity expert reveals the key to the creative process-"borrowing." As a former aerospace scientist, Fortune 500 executive, chief innovation officer, inventor, and software entrepreneur, David Kord Murray has made a living by coming up with innovative ideas. In Borrowing Brilliance he shows readers how new ideas are merely the combination of existing ones by presenting a simple six-step process that anyone can use to build business innovation: ?Defining-Define the problem you're trying to solve. ?Borrowing-Borrow ideas from places with a similar problem. ?Combining-Connect and combine these borrowed ideas. ?Incubating-Allow the combinations to incubate into a solution. ?Judging-Identify the strength and weakness of the solution. ?Enhancing-Eliminate weak points while enhancing strong ones. Each chapter features real-life examples of brilliant borrowers, including profiles of Larry Page and Sergey Brin (the Google guys), George Lucas, Steve Jobs, and other creative thinkers. Murray used these methods to re-create his own career and he shows readers how to harness them to find creative solutions.