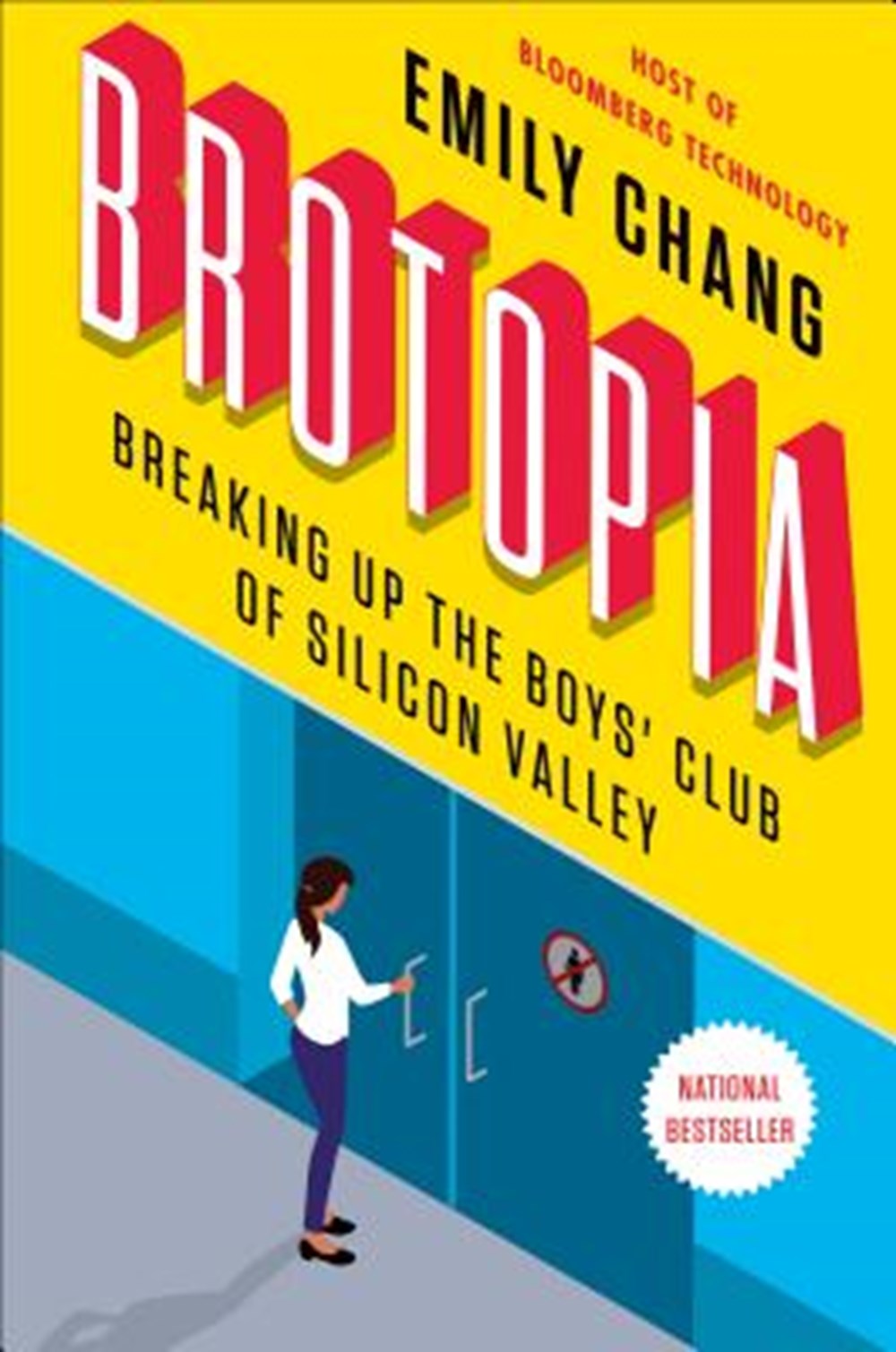 Emily Chang explains how Silicon Valley became dominated by a certain male stereotype, how it has excluded women, and the promise inherent in changing the culture. READ FULL DESCRIPTION

Instant National Bestseller A PBS NewsHour-New York Times Book Club Pick "Excellent." --San Francisco Chronicle "Brotopia is more than a business book. Silicon Valley holds extraordinary power over our present lives as well as whatever utopia (or nightmare) might come next." --New York Times Silicon Valley is a modern utopia where anyone can change the world. Unless you're a woman. For women in tech, Silicon Valley is not a fantasyland of unicorns, virtual reality rainbows, and 3D-printed lollipops, where millions of dollars grow on trees. It's a "Brotopia," where men hold all the cards and make all the rules. Vastly outnumbered, women face toxic workplaces rife with discrimination and sexual harassment, where investors take meetings in hot tubs and network at sex parties. In this powerful expos , Bloomberg TV journalist Emily Chang reveals how Silicon Valley got so sexist despite its utopian ideals, why bro culture endures despite decades of companies claiming the moral high ground (Don't Be Evil Connect the World )--and how women are finally starting to speak out and fight back. Drawing on her deep network of Silicon Valley insiders, Chang opens the boardroom doors of male-dominated venture capital firms like Kleiner Perkins, the subject of Ellen Pao's high-profile gender discrimination lawsuit, and Sequoia, where a partner once famously said they "won't lower their standards" just to hire women. Interviews with Facebook COO Sheryl Sandberg, YouTube CEO Susan Wojcicki, and former Yahoo CEO Marissa Mayer--who got their start at Google, where just one in five engineers is a woman--reveal just how hard it is to crack the Silicon Ceiling. And Chang shows how women such as former Uber engineer Susan Fowler, entrepreneur Niniane Wang, and game developer Brianna Wu, have risked their careers and sometimes their lives to pave a way for other women. Silicon Valley's aggressive, misogynistic, work-at-all costs culture has shut women out of the greatest wealth creation in the history of the world. It's time to break up the boys' club. Emily Chang shows us how to fix this toxic culture--to bring down Brotopia, once and for all.