The former FDIC Chairwoman, and one of the first people to acknowledge the full risk of subprime loans, offers a unique perspective on the greatest crisis the U.S. has faced since the Great Depression.

The former FDIC Chairwoman, and one of the first people to acknowledge the full risk of subprime loans, offers a unique perspective on the greatest crisis the US has faced since the Great Depression. "When Sheila Bair took over as head of the U.S. Federal Deposit Insurance Corp. in 2006, the agency was probably better known for the 'FDIC' logo on the doors of the nation's banks than for anything it did. Now Bair is at the center of the financial crisis, speeding the takeover of failing banks and pressing the mortgage industry to ease loan terms . . . winning praise from Democrats and Republicans." --BLOOMBERG NEWS, October 3, 2008 Sheila Bair is widely acknowledged in government circles and the media as one of the first people to identify and accurately assess the subprime crisis. Appointed by George W. Bush as the chairman of the Federal Deposit Insurance Corporation (FDIC) in 2006, she witnessed the origins of the financial crisis and in 2008 became--along with Hank Paulson, Ben Bernanke, and Timothy Geithner--one of the key players trying to repair the damage to our economy. Bull by the Horns is her remarkable and refreshingly honest account of that contentious time and the struggle for reform that followed and continues to this day. A level-headed, pragmatic figure with a clear focus on serving the public good, Bair was often one of the few women in the room during heated discussions about the economy. Despite her years of experience and her determination to rein in the private banks and Wall Street, she frequently found herself at odds with Geithner. She is withering in her assessment of some of Wall Street's finest, and her narrative of Citibank's attempted takeover of Wachovia is a stinging indictment of how regulators and the banks worked against the public interest at times to serve their own needs. Bair is steadfast in her belief that the American public needs to fully understand the crisis in order to bring it to an end. Critical of the bank bailouts and the Can. $29.99 lax regulation that led to the economic crash, she provides a sober analysis as well as a practical plan for how we should move forward. She helps clear away the myths and half-truths about how we ran our economic engine into the ditch and tells us how we can help get our financial and regulatory systems back on track. As The New Yorker said, "Bair has consistently stood out for her skepticism of Wall Street and for her eagerness to confront the big banks. A Kansas Republican, she has become an unlikely hero to economic liberals, who see her as the counterweight to the more Wall Street-centric view often ascribed to Timothy Geithner, the Treasury Secretary" (July 6, 2009).

Rock, Brock, and the Savings Shock 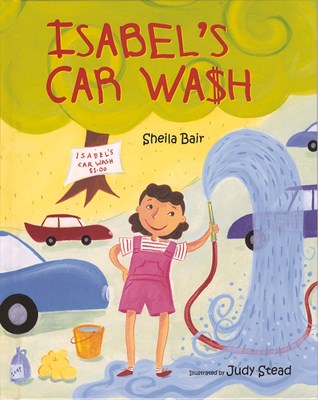