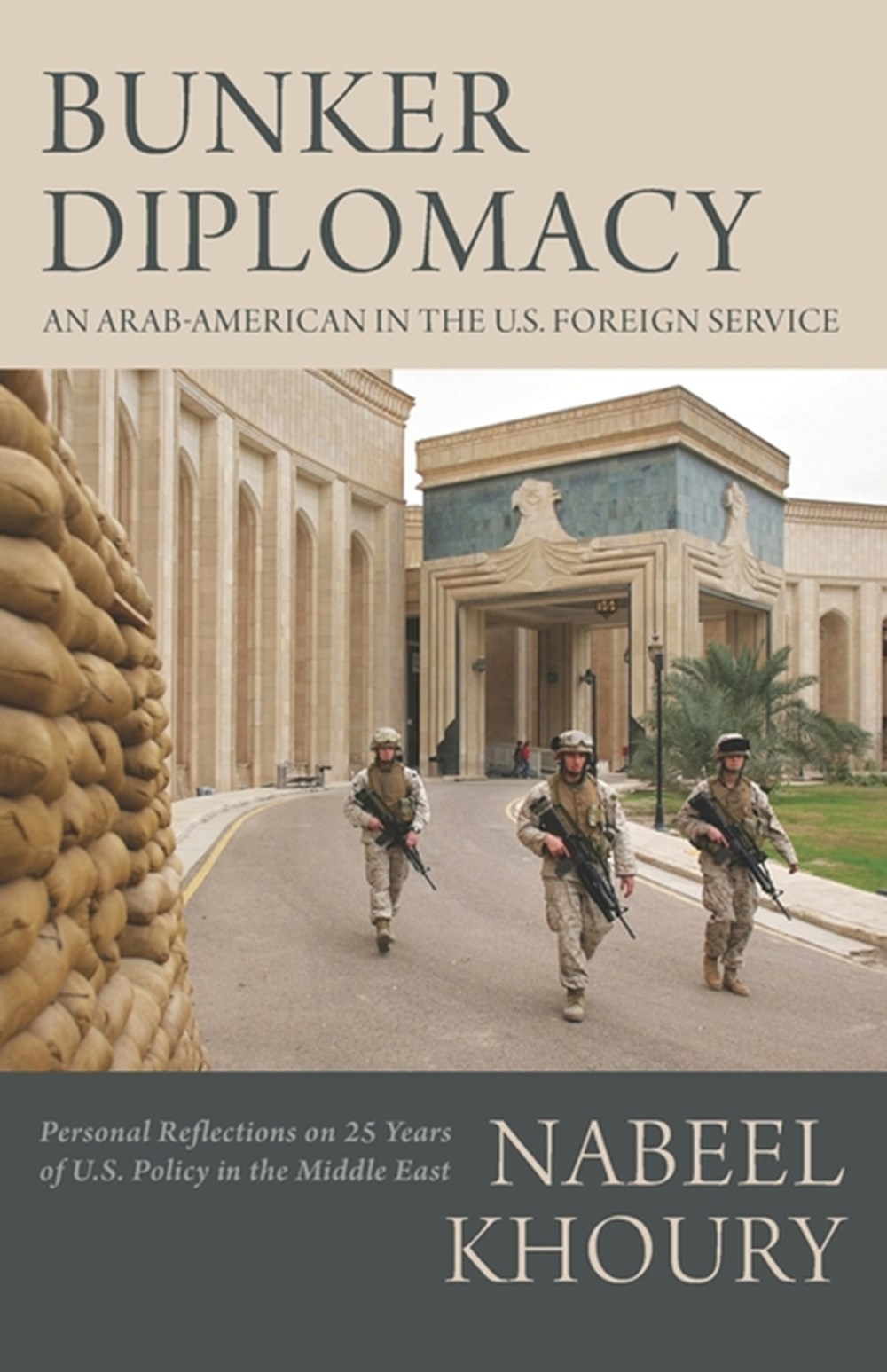 Bunker Diplomacy: An Arab-American in the U.S. Foreign Service: Personal Reflections on 25 Years of U.S. Policy in the Middle East

Nabeel Khoury has written a remarkably cogent memoir. He not only details life in the Foreign Service in a highly entertaining and engaging style, but also provides provocative and telling insights into many of the crises in the Middle East.

Nabeel Khoury has written a remarkably cogent memoir. He not only details life in the Foreign Service in a highly entertaining and engaging style, but also provides provocative and telling insights into many of the crises in the Middle East...From Egypt, to 'The Magic Kingdom' to Iraq, Morocco and Yemen - Dr. Khoury undertook his duties with a flair that was both bold and unique. I only wish that American policy makers would read his chapters on Morocco and Yemen in particular, and benefit from his general policy recommendations - It might induce some humility and second thoughts on some important "lessons learned."
Mark G. Hambley
Former Ambassador to Qatar and Lebanon

This is a gripping narrative that fuses two stories in one. The first is the academic and political journey of a fascinating man standing between two worlds -- Beirut and Washington, Arabness and Westerness, the State Department and the Middle East...The second narrative is a story of America itself as a great power casting a long shadow over the Arab world. The bureaucratic battles described as occurring inside different presidential administrations over four decades reveal a foreign policy often caught between conflicting personalities and demands. Major events like the Gulf War, Iraq War, and Arab Spring are trenchantly retold from the perspective of policymakers, diplomats, and intelligence officers. That these two stories come from the same book is reason enough to read it, but that they come from the career of the same individual will make readers never forget it.
Moulay Hicham el-Alaoui
President Hicham Alaoui Foundation

After twenty-five years in the Foreign Service, Dr. Nabeel A. Khoury retired from the U.S. Department of State in 2013 with the rank of Minister Counselor. He taught Middle East and US strategy courses at the National Defense University and Northwestern University. In his last overseas posting, Khoury served as deputy chief of mission at the U.S. embassy in Yemen (2004-2007). In 2003, during the Iraq war, he served as Department spokesperson at US Central Command in Doha and in Baghdad.