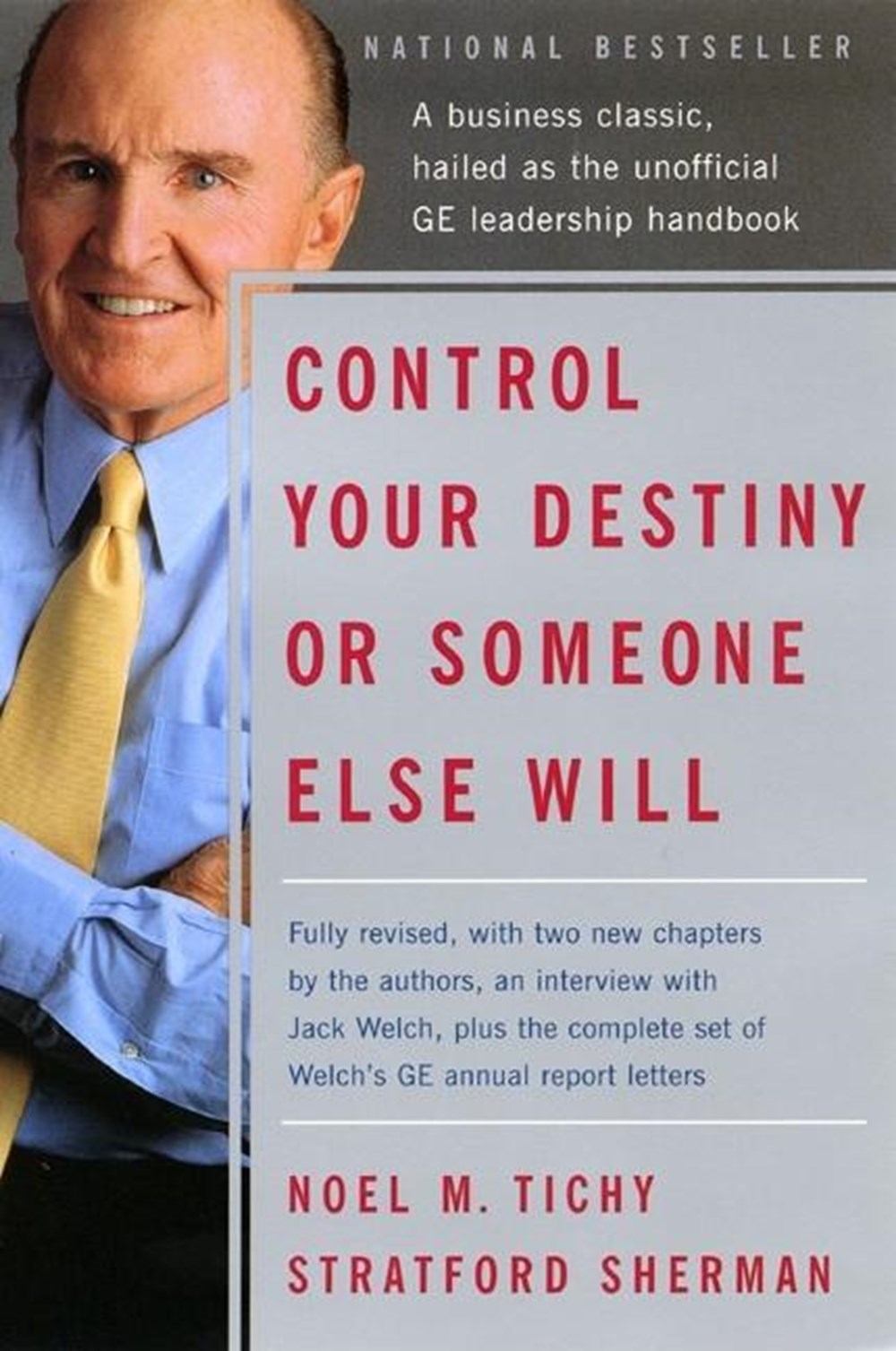 Control Your Destiny or Someone Else Will (Revised)

This is a revised edition about Jack Welch, CEO of General Electric, and his management principles, with a new chapter on his current activities and copies of annual reports.

Completely revised, with two new chapters by the authors, an added chapter-length interview with Jack Welch, plus the complete set of Welch's GE annual letters to shareholders, this title remains the classic CASE STUDY of how Welch transformed GE from a corporate dinosaur into one of the nimblest, most successful corporations in the world, and provides a useful handbook for effecting change in your business and your life.

Since Welch became its CEO in 1981, GE has become one of the most successful companies of the late 20th century, increasing its market value from $13 billion to over $400 billion. Welch has been hailed by "60 Minutes" as the best executive in the world. This success can be attributed in large part to Jack Welch, GE's dynamic CEO who transformed the company from a bureaucratic behemoth into a fierce competitor in the global marketplace.

Among the many books that have been written about GE, Control Your Destiny stands out. Its authors are uniquely qualified to explain Welch's transformation of GE and to explain the leadership lessons it reveals. Noel Tichy ran GE's Crotonville school during the start of the Welch era, while Stratford Sherman covered GE for Fortune magazine. Together, they study GE with a remarkable blend of inside knowledge and clear-eyed objectivity. Their narrative -- studied at business schools nationwide -- is extraordinarily thorough, thoughtful, and rich in insight.