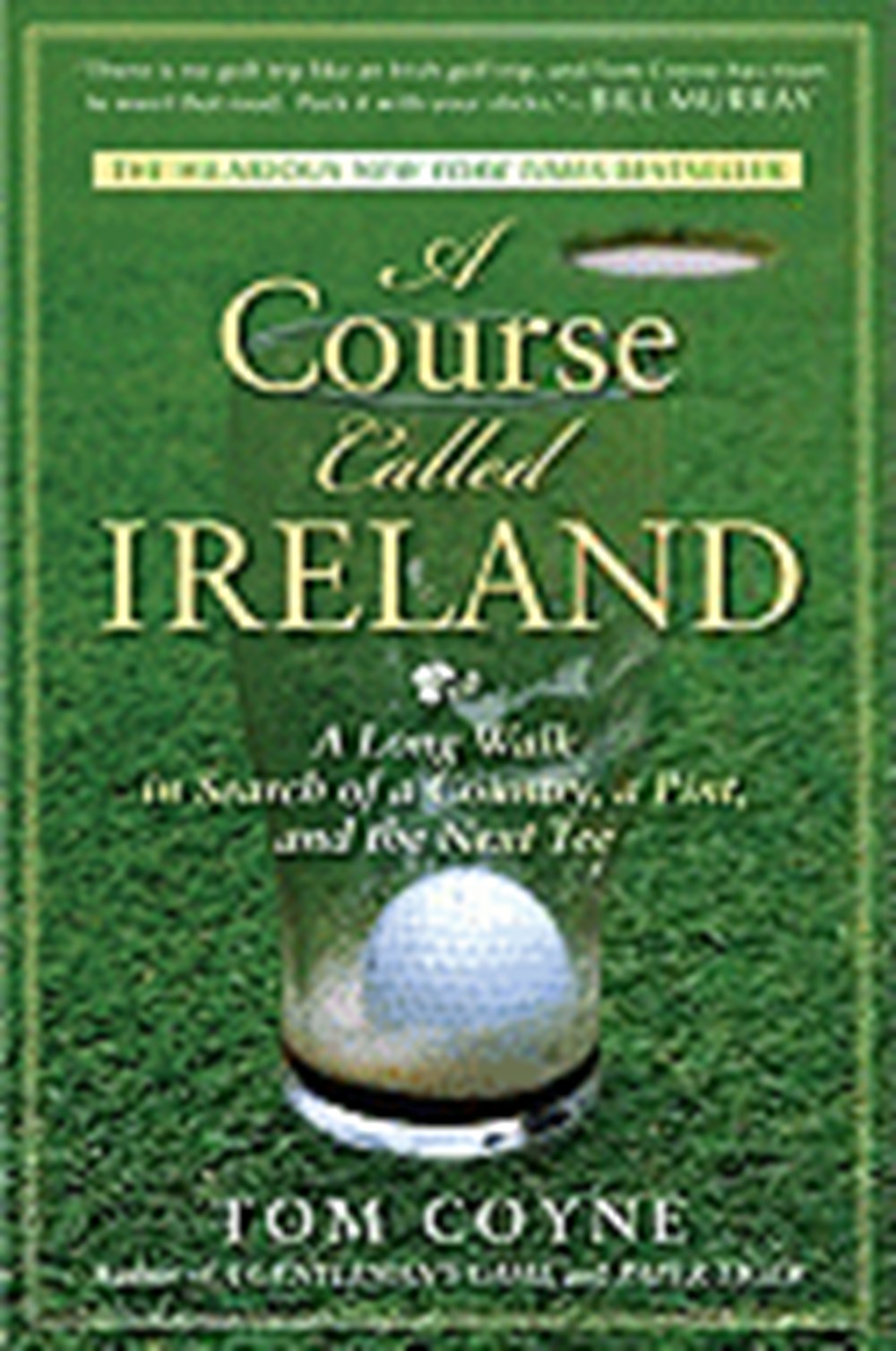 Course Called Ireland: A Long Walk in Search of a Country, a Pint, and the Next Tee

This hilarious and epic tale follows a walking-averse golfer who treks his way around an entire country, spending 16 weeks playing every seaside hole in Ireland, and often battling through all four seasons in one Irish afternoon.

The hysterical story bestseller about one man's epic Celtic sojourn in search of ancestors, nostalgia, and the world's greatest round of golf
By turns hilarious and poetic, "A Course Called Ireland" is a magnificent tour of a vibrant land and paean to the world's greatest game in the tradition of Bill Bryson's "A Walk in the Woods." In his thirties, married, and staring down impending fatherhood, Tom Coyne was familiar with the last refuge of the adult male: the golfing trip. Intent on designing a golf trip to end all others, Coyne looked to Ireland, the place where his father has taught him to love the game years before. As he studied a map of the island and plotted his itinerary, it dawn on Coyne that Ireland was ringed with golf holes. The country began to look like one giant round of golf, so Coyne packed up his clubs and set off to play all of it-on foot.
"A Course Called Ireland" is the story of a walking-averse golfer who treks his way around an entire country, spending sixteen weeks playing every seaside hole in Ireland. Along the way, he searches out his family's roots, discovers that a once-poor country has been transformed by an economic boom, and finds that the only thing tougher to escape than Irish sand traps are Irish pubs.