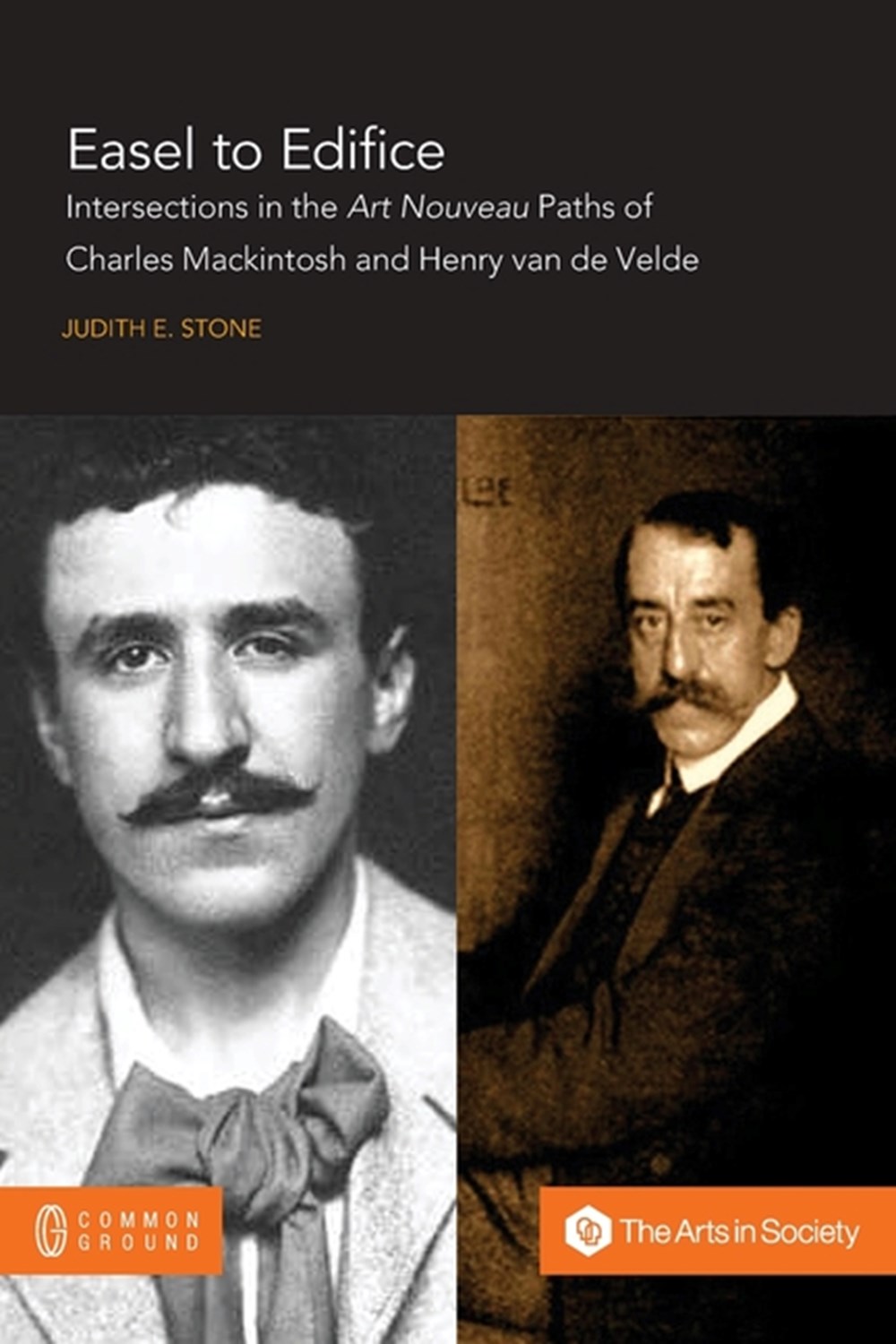 Easel to Edifice: Intersections in the Principles and Practice of C.R. Mackintosh and Henry van de Velde

Art Nouveau masters Charles Rennie Mackintosh and Henry van de Velde shared a commonality rare among the creative figures who played central roles in that turn-of-the-century design movement. Both began their careers with a lifetime of easel art-making as their goal, but ultimately redirected their energies to the primarily functional realms of architecture and the applied arts. This professional shift is especially noteworthy given the contrasts between the Scottish Mackintosh and the Belgian van de Velde, in personality, in cultural conditioning, and in the very nature of their Art Nouveau output.

One can point to other similarities between the two innovators. For one, while most at home with the painstaking precision of handcraftsmanship, both were, at the same time, drawn to the benefits of industrial manufacture, speed, high volume, and product uniformity, their shared attraction to industrial production nurtured by the respective environments in which they passed their young years. By the mid-19th Century, Mackintosh's native Glasgow had won global renown for its shipbuilding sector, enabled chiefly by technical advances made in the factories that ringed the city. Belgium, in turn, made its industrial mark on the European continent through the manufacture of high speed trains. Van de Velde, although raised in Antwerp, a mecca for handcrafted textiles, nonetheless capitalized on the advantages to his Brussels design firm offered by Belgium's industrial sophistication.

For another, both masters found greater appreciation for their groundbreaking efforts on foreign soil than in their home countries. Mackintosh, in concert with Margaret Macdonald, flourished in Vienna, where the couple's Scottish Rooms, featured in the Eighth Secession Exhibition (1902), generated excitement in public, as well as critical circles. Van de Velde's continental successes were more extensive. In 1896, his interiors played a significant part in Siegfried Bing's Maison Art Nouveau, while, in the first decade of the 20th Century, he was awarded multiple commercial commissions in Berlin. The respect generated by the impressive interiors he completed in that metropolis, resulted in the Directorship of the Weimar Kunstgewerbeschule and, in 1908, an invitation to join the Deutscher Werkbund.

There remains, however, one parting of the ways in the career trajectories of Mackintosh and van de Velde, a divergence linked to the emergence of women as creative forces in design. Here, the pooling of skills by Mackintosh and Macdonald in the completion of major commissions, added to the freedom given the couple by Catherine Cranston in the fitting out of her Glasgow tearooms, finds no parallel in van de Velde's professional path. The major impact of women's stylistic judgment on today's design cosmos is owed, in large part, to these Scotswomen.