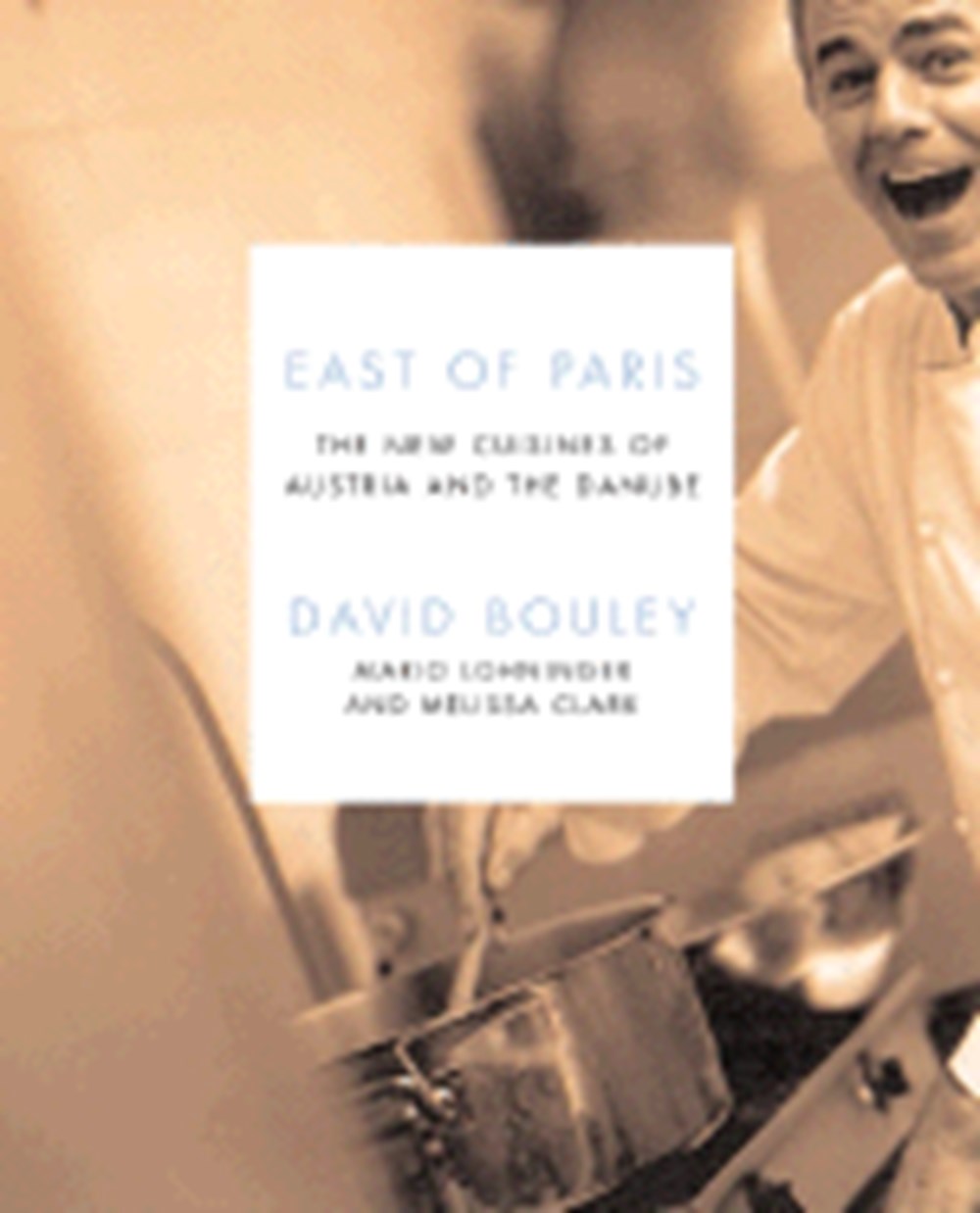 East of Paris: The New Cuisines of Austria and the Danube

Much more than just a cookbook, "East of Paris" celebrates the culture and lifestyle, as well as the cuisine, of Austria. Renowned Chef Bouley and Executive Chef Lohninger share their innovative recipes for Austrian dishes that they have adapted and lightened, while never compromising on flavor. Photos.

David Bouley, universally praised as one of the best chefs cooking today, has written his first cookbook, a cause for celebration. Along with Chef Mario Lohninger and Melissa Clark, he shares his recipes from Austria and other regions of the Danube in a stunning, beautifully illustrated, one-of-a-kind cookbook.

East of Paris is a cookbook that embraces Austrian culture, lifestyle and cuisine as interpreted by Chef David Bouley. Universally praised as one of the best chefs cooking today, Bouley, in collaboration with Executive Chef Mario Lohninger, has adapted and lightened Austrian cuisine, introducing innovative cooking techniques to indigenous ingredients and classic regional dishes. This cuisine, along with some traditional recipes and those by some of Austria's most celebrated chefs, is the basis for the book. It also explores the cultural significance of Austrian cuisine, both currently and historically, and how it plays a part in the rich recreational and sports tradition that Austria enjoys.