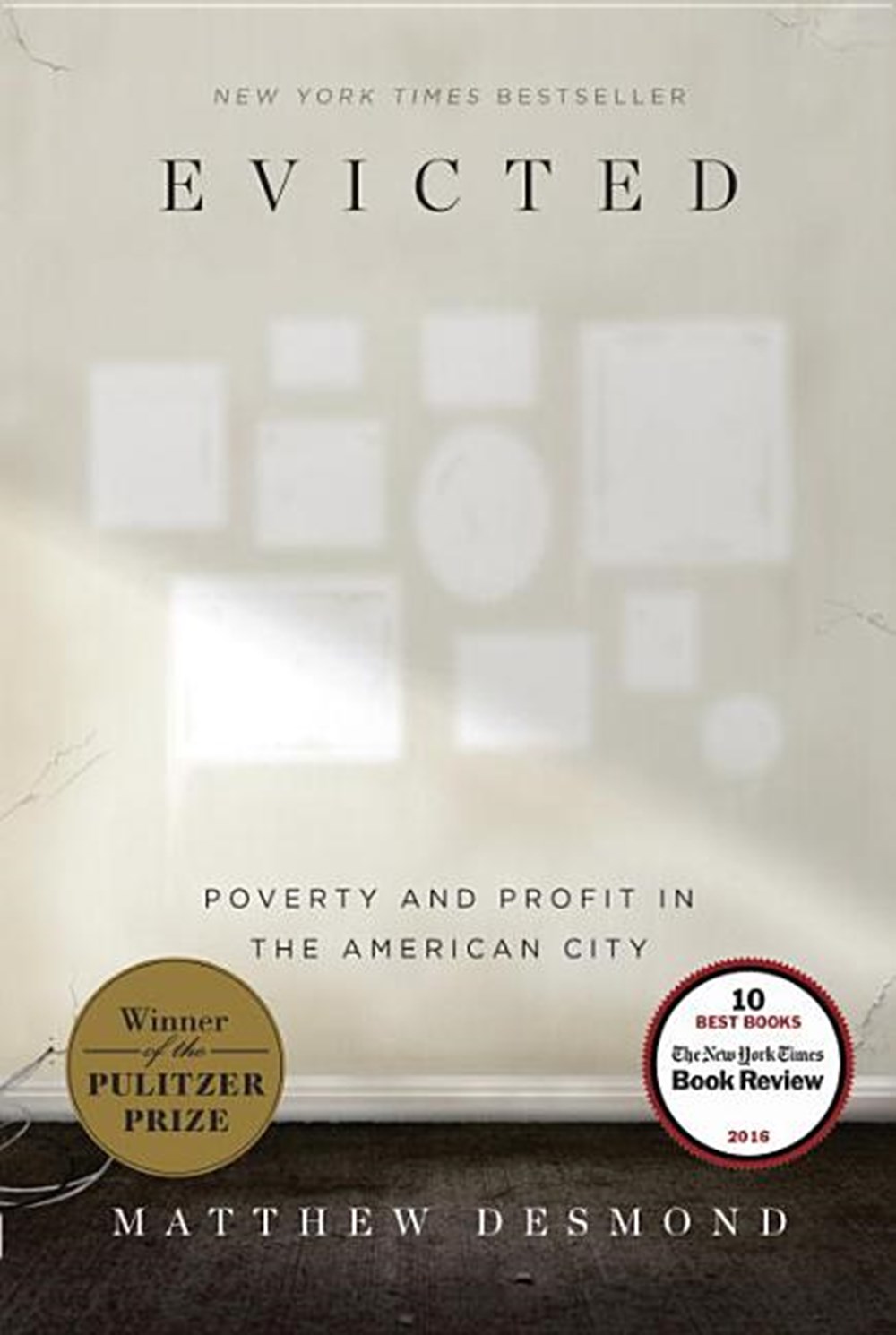 "Even in the most desolate areas of American cities, evictions used to be rare. But today, most poor renting families are spending more than half of their income on housing, and eviction has become ordinary, especially for single mothers ... [In this book], Desmond provides a ground-level view of one of the most urgent issues facing America today. As we see families forced into shelters, squalid apartments, or more dangerous neighborhoods, we bear witness to the human cost of America's vast inequality--and to people's determination and intelligence in the face of hardship"--Dust jacket flap.

These eight books, the top in their category, make up the shortlist for the 2016 800-CEO-READ Business Book Award. READ FULL DESCRIPTION

From Harvard sociologist Matthew Desmond, a landmark work of scholarship and reportage that will forever change the way we look at poverty in America. In this brilliant, heartbreaking book, Matthew Desmond takes us into the poorest neighborhoods of Milwaukee to tell the story of eight families on the edge.

Arleen is a single mother trying to raise her two sons on the $20 a month she has left after paying for their rundown apartment. Scott is a gentle nurse turned heroin addict. Lamar, a man with no legs and a neighborhood full of boys to look after, tries to work his way out of debt. Vanetta participates in a botched stick up after her hours are cut. All are spending almost everything they have on rent, and all have fallen behind.

The fate of these families is in the hands of two landlords: Sherrena Tarver, a former school teacher turned inner-city entrepreneur, and Tobin Charney, who runs the worst trailer park in the fourth poorest city in the country. They loathe some of their tenants and are fond of others, but as Sherrena puts it, "Love don't pay the bills." She moves to evict Arleen and her boys a few days before Christmas.

Even in the most desolate areas of American cities, evictions used to be rare. But today, most poor families are spending over half of their income on housing and millions are forced from their homes each year. In the inner city, eviction has become ordinary, especially for single mothers. In vivid, intimate prose, Desmond provides a ground-level view of one of the most urgent issues facing America today. We watch as families are forced to move into shelters, squalid apartments, or more dangerous neighborhoods. We see them lose their jobs and sink into depression. We see communities broken and children harmed. As this empathic and masterful book reveals, eviction is not so much a consequence of poverty as a cause.

Based on years of embedded fieldwork and painstakingly gathered data, Evicted transforms our understanding of extreme poverty and economic exploitation, while providing fresh ideas for solving a devastating, uniquely American problem. Its unforgettable scenes of hope and loss remind us of the centrality of home--without which nothing else is possible.