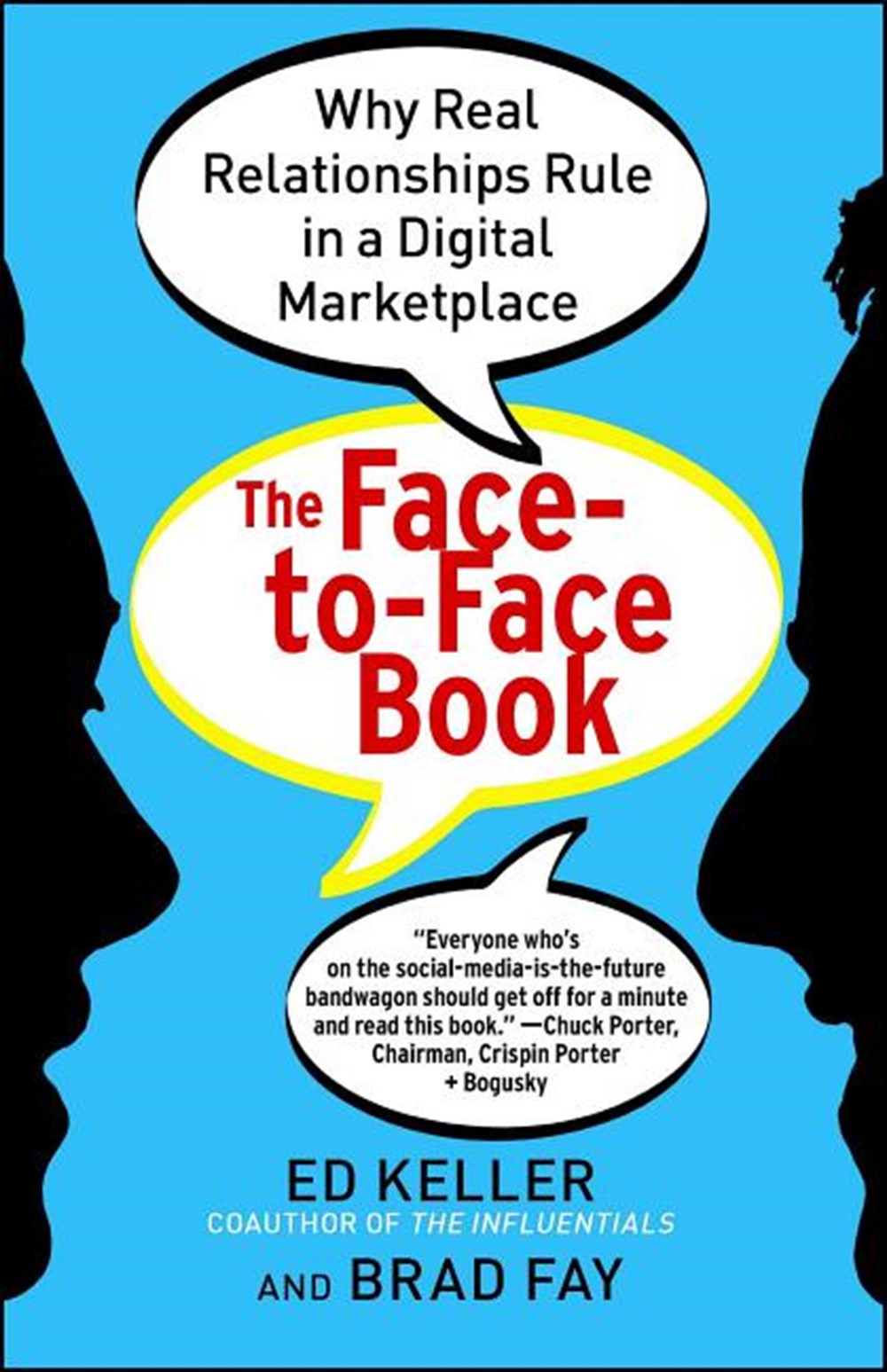 The Face-To-Face Book: Why Real Relationships Rule in a Digital Marketplace

The world's preeminent word-of-mouth marketing experts demonstrate how in-person social networking, not online marketing, is the secret to soaring revenues.

THE BEST MARKETING BOOK OF THE YEAR Winner of the American Marketing Association's Berry-AMA prize In 1848 gold was discovered in California, setting off a frenzy that sent men and women from across the American continent flocking to the West Coast in search of fortune. The Gold Rush brought wealth to some, but most left empty-handed. Today, marketing consultants Ed Keller and Brad Fay say social media is unleashing a new kind of frenzy. Blinded by the shiny allure of sites like Facebook and Twitter, companies are spending billions, pinning their hopes on social media marketing without appreciating how social influence truly functions in the marketplace. That's where Keller and Fay come in. For the past six years, they have undertaken a unique, ongoing study of consumer conversations. The surprising result? Over 90 percent of consumer conversations still take place offline, primarily face to face. The implication is clear: Social media is big and growing, but it is dwarfed by the real world in which people live and interact. Make no mistake. There is a hugely important social wave rolling across the world of business today. New scientific evidence reveals that we humans are fundamentally social beings for whom social influence determines nearly every decision we make. And the greatest impact comes when those conversations happen face to face, as emotions and nonverbal cues are communicated along with words. In The Face-to-Face Book, Keller and Fay offer key insights and recommendations for how businesses, both large and small, can best succeed in today's socially motivated consumer marketplace by looking at how consumers act in real life as well as online. The authors share their extensive research and the stories of companies--large, such as Apple, General Mills, Kimberly-Clark, and Toyota, as well as innovative small businesses--that have hit pay dirt with a balanced and holistic approach to social marketing. They also discuss those that have bet big and lost by overcommitting to online social media alone. The Face-to-Face Book does not overlook the extraordinary growth and importance of social media, which offers important new tools for businesses of all kinds; however, the authors caution against placing too grand a bet on online social media at the expense of other forms of social marketing. This book is a celebration of the supremely social nature of all human beings and how that drives the consumer marketplace. It's a story that will leave you thinking anew, and talking.