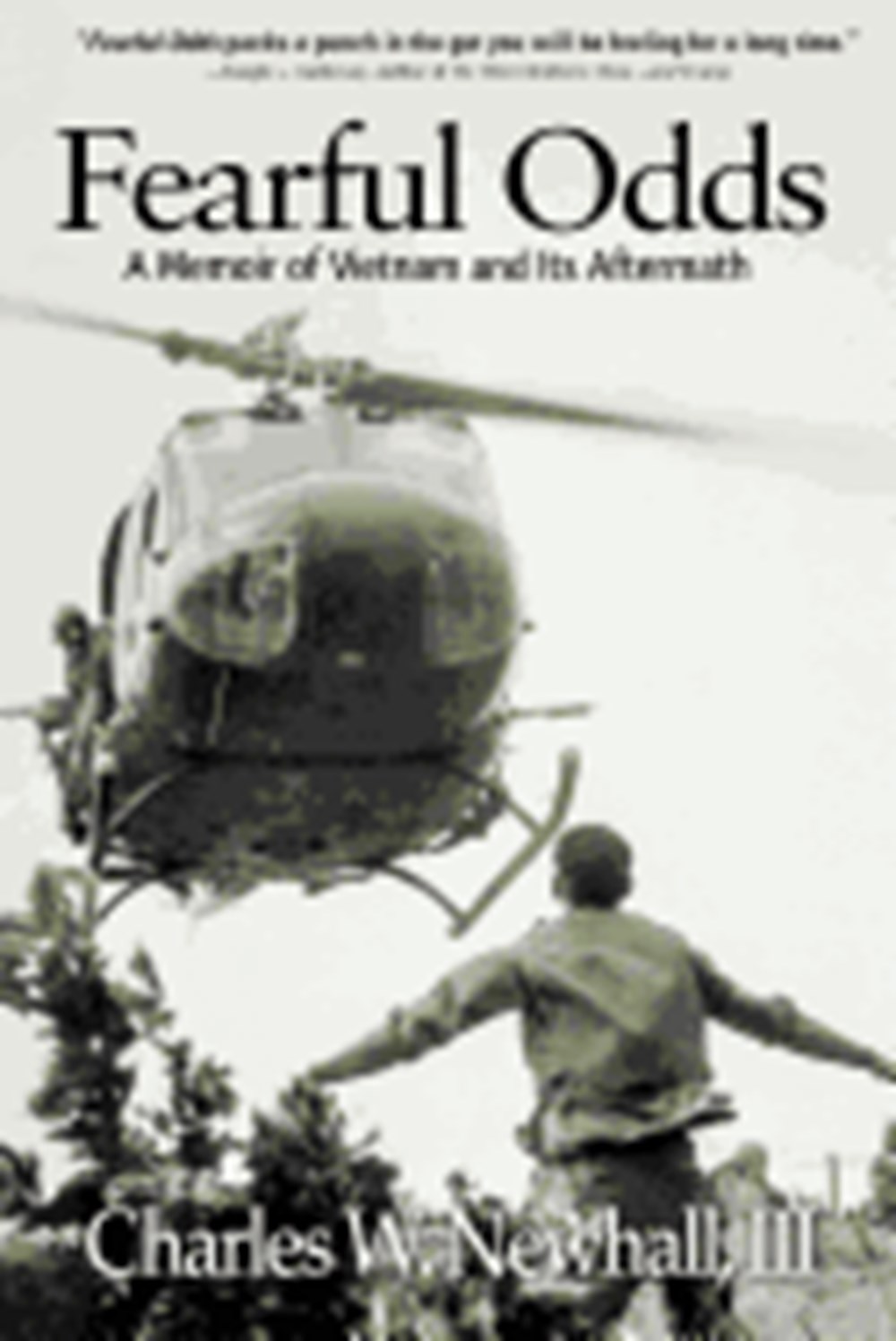 Fearful Odds: A Memoir of Vietnam and Its Aftermath

Fearful Odds is first and foremost an unvarnished story of combat, a vivid and graphically told series of events that lead to severe combat trauma. This is the true story of a young officer, groomed for command who in the heat of battle, faces the contradiction of an inept chain of command and the guilt, anger and pain that follows.

Fearful Odds is a no holds barred narrative told in three parts. It is the true story of a young Army officer, groomed for command and assigned to lead a platoon on a reconnaissance mission in the A Shau Valley, Vietnam in 1968. An otherwise routine mission is complicated by the contradiction of an inept chain of command. The resulting casualties devastate the platoon and the graphic images and memories of the action and the grueling months that follow, lead Chuck Newhall to a lifetime of severe trauma, guilt, grief and anger.

Returning home, Newhall embarks on an extraordinary entrepreneurial career bringing great wealth, prestige and security, despite severe episodes of depression and anxiety which would hobble others from achieving such levels of success. And yet a few years later, and seemingly without warning, the family that he had worked so hard to create and support is suddenly ripped apart by tragedy intensifying an emotional upheaval that revisits the pain and anguish he first felt during his time in Vietnam.

After decades of experience in managing the long-term effects of trauma and with the support of his family, Chuck Newhall has successfully come to terms with his past and the effects of PTSD. Fearful Odds offers hope, inspiration and valuable coping tools for anyone, or their families, who has been affected by post-traumatic stress, depression, mild traumatic brain disorder or the suicide of a loved one.

Fearful Odds is a story of perseverance in the face of insurmountable odds and will offer a guiding hand to others who are facing challenges on the battlefield, boardroom or back at home.

"Chuck Newhall's compelling narrative account of combat action in Vietnam takes you to one of the darkest hellholes on earth -- the A Shau Valley in 1968. Just when you thought that the war was over, Fearful Odds packs a punch in the gut you will be feeling for a long time." Joseph L. Galloway, author of We Were Soldiers Once...and Young

"If you care about America's warriors, and about how we as a society can help them come home after war, then you should read this book." Nathaniel Fick, author of One Bullet Away

"The illuminating depictions of sessions with your phychiatrist Dr. Kaiser can be regarded as almost a manual for understanding PTSD and learning how to overcome it. However, unlike the majority of books on the subject, you explain how PTSD can be addressed via depictions of how your own efforts have succeeded to varying extents. Readers will learn far more from your book, which is "real life," than from others." Solomon H. Snyder, M.D. Distinguished Service Professor of Neuroscience, Pharmacology and Psychiatry, Johns Hopkins University

"Everyone knows someone who came back from Vietnam and never talks about it. In his brave and unflinching memoir, Chuck Newhall talks about it like no one else ever has. We see combat and its consequences, exploding years later like emotional time bombs when people are safely at home. This is a unique book, written in the ground-level tradition of Paul Casey and Timothy O'Brien but all its own about the war that never ends in real lives. This is the best book I have read about Vietnam as it was lived and as it still plays out in the lives of real people." Landon Y. (Lanny) Jones, former managing editor People and Money magazines and the author of William Clark and the Shaping of the West