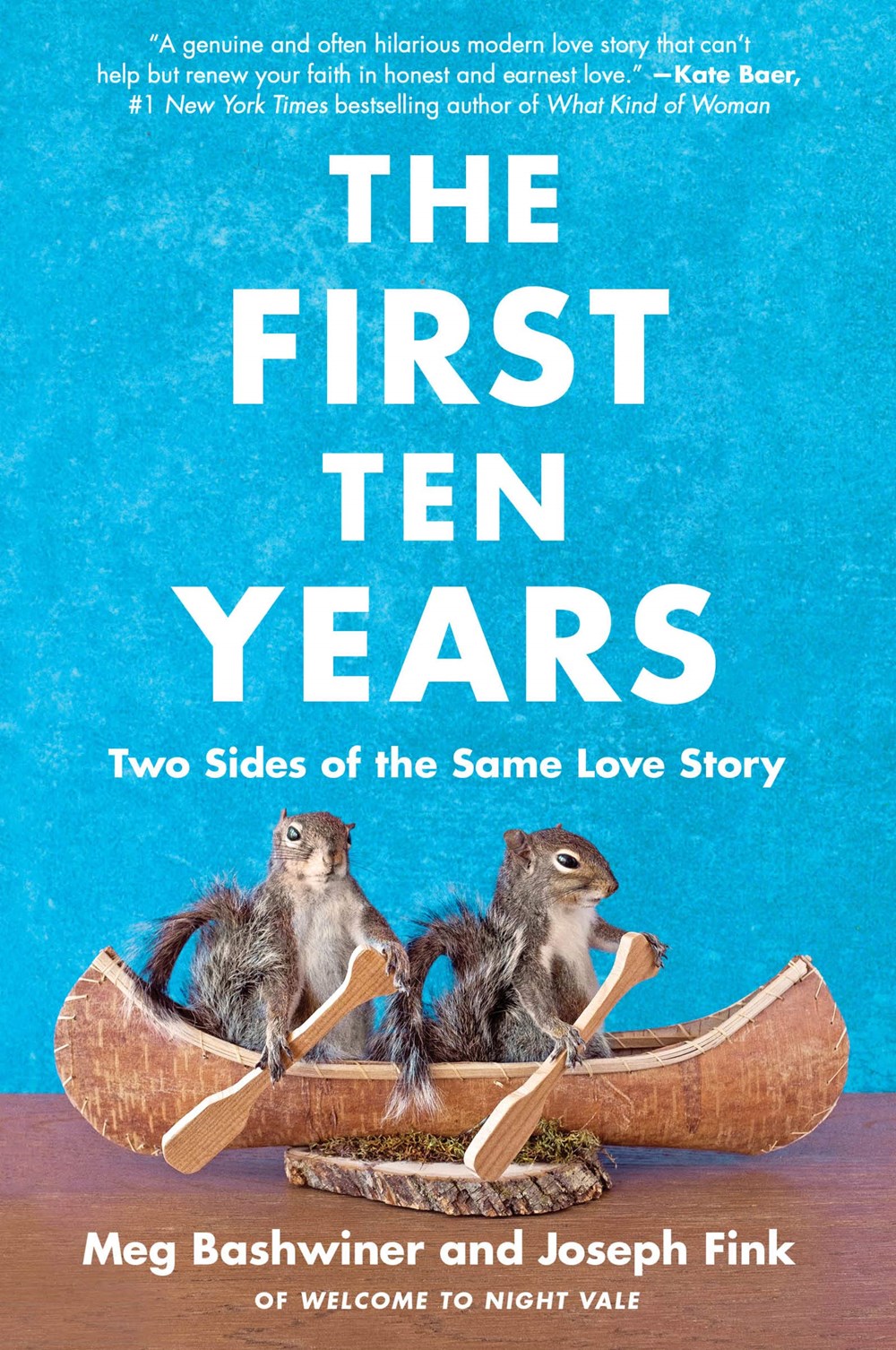 A sometimes hilarious, occasionally heartbreaking, and always entertaining joint memoir by Joseph Fink, cocreator of Welcome to Night Vale, and his wife, writer and performer Meg Bashwiner, chronicling the first 10 years of their relationship from both sides.

Something as simple as a bakery string tied around the wrist can be the most romantic gesture just as easily as a trip to Ikea can induce someone to consider driving both parties into the East River. Authors and podcast hosts Meg Bashwiner and Joseph Fink describe both in this ten-year-long love story told from alternating perspectives. READ FULL DESCRIPTION

A sometimes hilarious, occasionally heartbreaking, and always entertaining joint memoir by Joseph Fink, cocreator of Welcome to Night Vale, and his wife, writer and performer Meg Bashwiner, chronicling the first 10 years of their relationship from both sides.

There are two sides to every love story.

In 2009, 22-year-old Joseph Fink, newly arrived to New York City from the West Coast, was juggling odd jobs to pay the rent and volunteering with a theater company in the East Village so he could snag free tickets to their shows.

Meg Bashwiner, a 22-year-old aspiring performer and playwright, was living with her parents in New Jersey, working a desk job and commuting to her internship with that same East Village theater company.

Joseph and Meg's stories meet when they both find themselves selling tickets in a cramped box office. They quickly became friends. Within a year, they were a couple. Within five years they were touring the world, performing on some of the world's greatest and not so great stages.

In this candid, soul-baring memoir, Joseph and Meg recount their first 10 years together, each telling their story as they remember it, without having consulted the other. We hear both sides of their first kiss, first breakup, first getting back together, the death of a father, marriage, international fame, world tours, mental illness, and discussions about having children. Sometimes, they recall things differently - neither agrees on who paid for the morning after pill on their first date. Sometimes they remember the exact same details in the same way - but still have their own narrative on just what those details mean.

Poignant, funny, and real, alternately told in Joseph and Meg’s remarkably different, yet equally compelling voices, The First Ten Years is the story of two individuals finding their way in the world and becoming "adults" as they learn to become a couple.