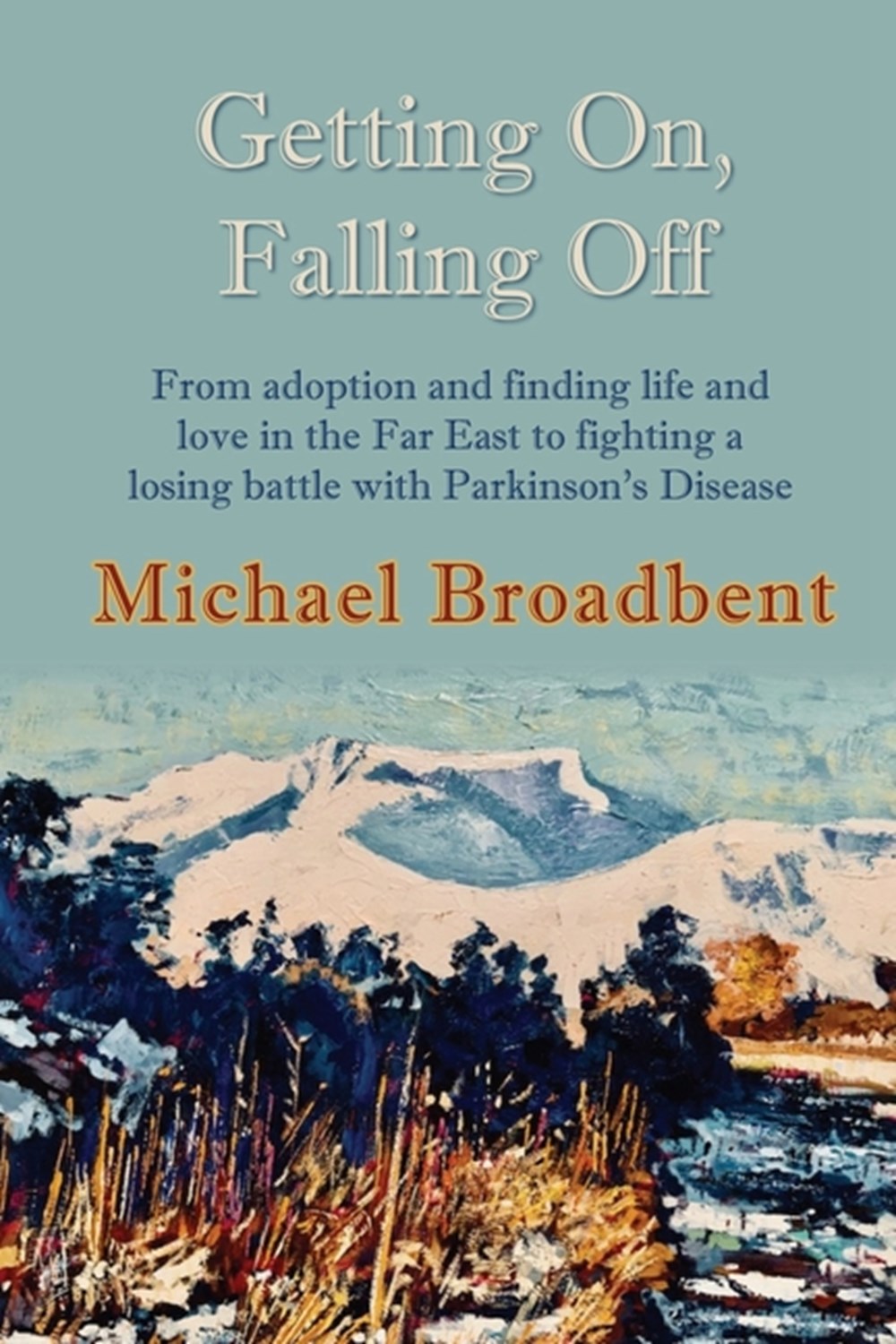 Getting On, Falling Off: From adoption and finding life and love in the Far East to fighting a losing battle with Parkinson's Disease

Parkinson's Disease is described as incurable, but not terminal, by doctors. In the words of one doctor, 'the best way to see it is as just a damn nuisance.

Parkinson's Disease is described as incurable, but not terminal, by doctors. In the words of one doctor, 'the best way to see it is as just a damn nuisance.' As symptoms include being unable to stop shaking, or being unable to move, as well as breathing difficulties, impairment or loss of speech, difficulty swallowing and sleeping, many sufferers would class PD as slightly more than a nuisance, to say the least.

However, it is this kind of understated comment and wry humour that Mike Broadbent brings to this story of his life and to his Parkinson's story, to tales of experimental drug regimes, travelling and exploring even while stricken with those symptoms, and even to cutting edge brain surgery to attempt to alleviate his condition.

Mike was one of the last generations to be educated in the classic English style; boarding school at eight years old with a physical regime perhaps more suited to army basic training than young children, then on to another established English institution before finally studying at Cambridge, with impressive results.

But then... 'What next?' Ironically, Mike's retelling of his post Cambridge years is more fraught with existential questioning than his diagnosis of Parkinson's Disease; his inability to 'get on' outside of English institutions as poignant as his struggle to continue with day to day life despite his symptoms.

In this beautifully written account of his life, Mike also explains how the plane ride to Hong Kong did more for him than years of soul searching, because in escaping overseas he found a new life and a new love, and the perfect role for his skills.

There is so much irony in Mike's story, not least that he was based in Hong Kong when he started to learn the truth about his birth parents, having been adopted in a time before such things were openly discussed or recorded. And that through his adventures and challenges after developing Parkinson's Disease, Mike would come to understand the world differently once more, and confront one of his greatest fears: abandonment.

Typed at times with just one finger, as Mike's condition progressed, this book is a testament to the author's indomitable spirit, as well as a tribute to his wife, Joyce, who published her companion book of poetry 'From The Heart' in December 2018, when Mike's book was finally finished and published privately.

Mike Broadbent passed away in February 2019.

Joyce Chiu Broadbent, his widow, has published this second edition of his work for a public audience, for those suffering from Parkinson's Disease, for those struggling to care for their loved ones, for those who have suffered from the trauma of adoption and indeed anyone asking of their life right now, 'What next?'

Reviews for "Getting On, Falling Off"

'I was mesmerised by the quality of his writing and the sad but beautiful patterns that his life had woven. It is outstanding with its major themes of adoption and second abandonment at boarding school. I am deeply moved by the poignancy of the writing and the modesty and honesty that he brought to his self-descriptions. It details his ordeal in the most heart-breaking way. The various literary references were not only apposite to the text but also a condiment to the theme of his deep love and extraordinary grasp of English literature.' Peter Dix

'Wonderful - unputdownable. He wrote so beautifully and Joyce's poetry is a heartfelt "extra".' N M

'A fascinating story and his language sings and dances. At times I was incredibly moved, at other times awestruck at his achievements - at all times I was engrossed.' Caroline Jenkins