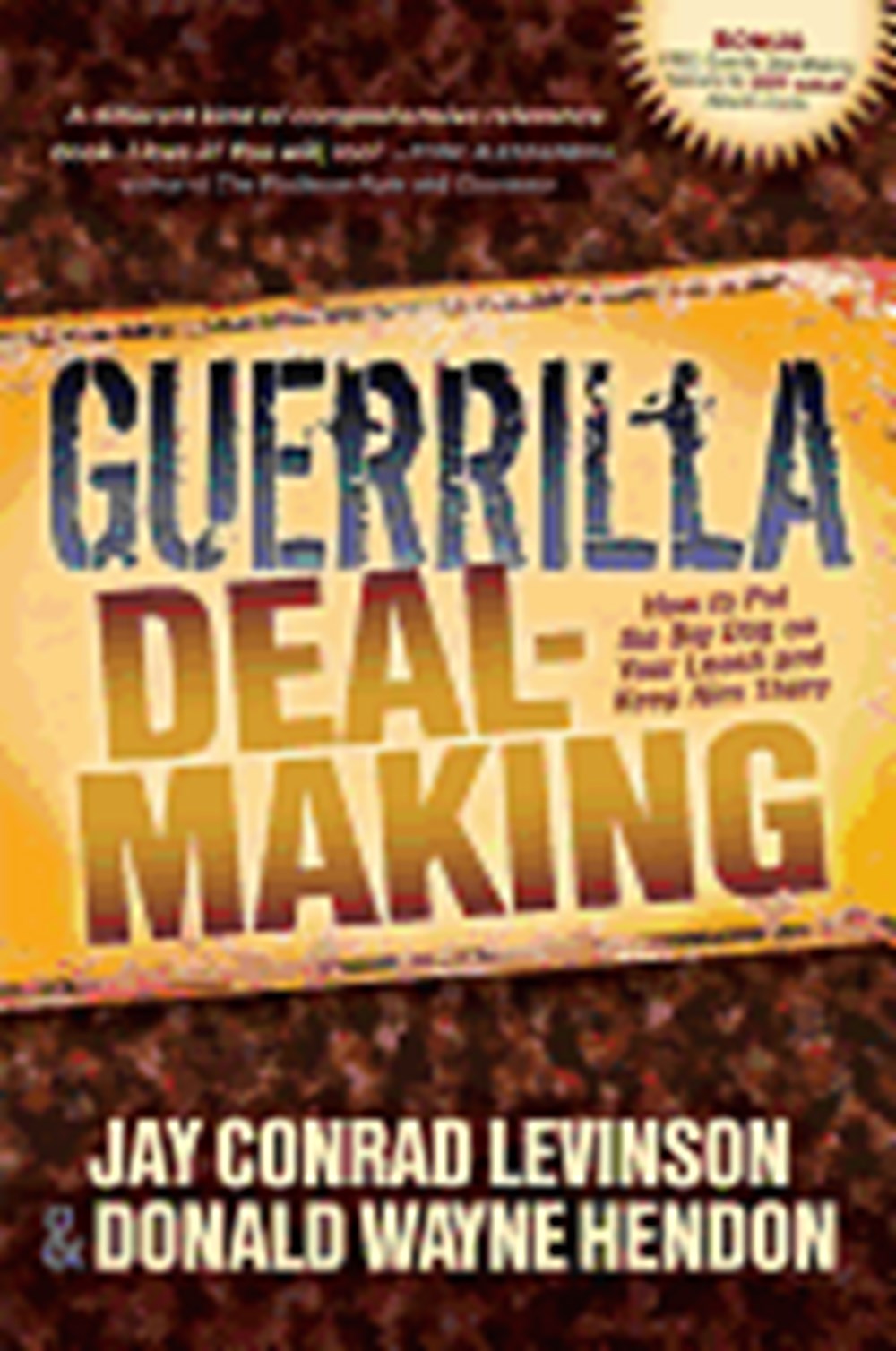 Guerrilla Deal-Making: How to Put the Big Dog on Your Leash and Keep Him There

Why a book on guerrilla deal-making. Because people envy those who are more powerful than they are. They want to bring the big dog down to their own level.

Why a book on guerrilla deal-making? Because people envy those who are more powerful than they are. They want to bring the big dog down to their own level. If they succeed, they'll feel better about themselves. That's why Jay Conrad Levinson's guerrilla books have sold over 30 million copies--Jay doesn't just promise to empower small businessmen, he actually becomes the wind beneath their wings. It's a natural! Empowerment! How to get powerful people--big dogs--to do what you--the small guerrilla--want them to do! Your impossible dream--actually controlling big dogs--seems within your reach. (A lot better than just catching their attention.) So millions of people buy Jay's books. And when they're in serious negotiations with big dogs, they'll buy "Guerrilla Deal-Making"!
On top of that, jealousy of big dogs is on the increase, simply because there are more of them to envy today than ever before. In 2010, 8.4 million households in the US had assets of $1 million or more. That's 7-1/2 percent of the 112.6 million households.
There are many other guerrilla vs. big dog situations, not just high-powered buying and selling. Readers will use the 100 very powerful tactics in "Guerrilla Deal-Making" when they
* Deal with their boss
* Go to town hall meetings to talk to pompous politicians
* Deal with their home owners association
* Try to get their medical insurance company to reimburse them in full
8 Deal with uncaring bureaucrats at city hall