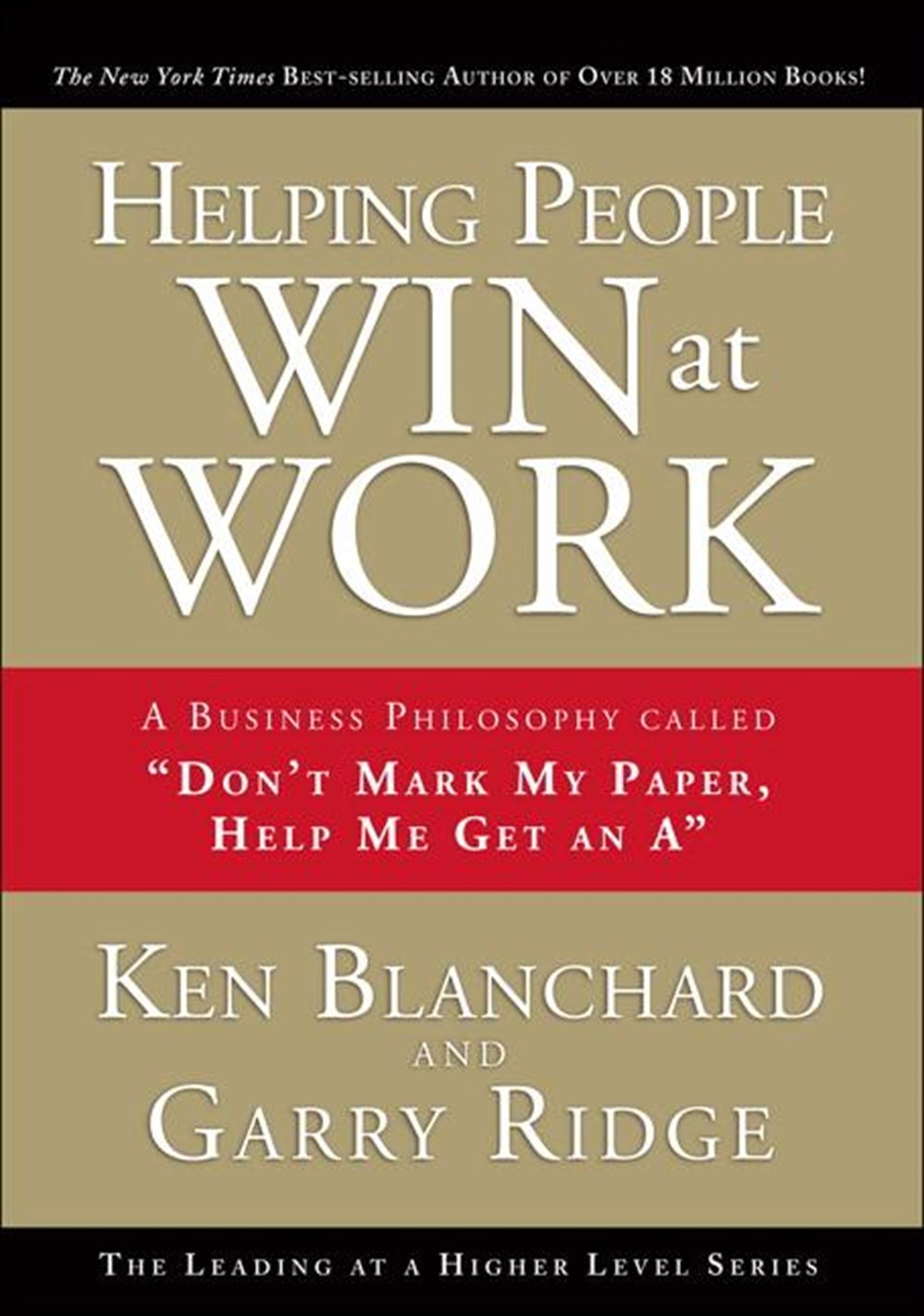 Helping People Win at Work: A Business Philosophy Called "don't Mark My Paper, Help Me Get an A"

The first work in the new Leading at a Higher Level series offers in-depth, specific examples of how leaders and their organizations have successfully implemented Blanchard's leadership techniques.

Ken Blanchard's Leading at a Higher Level techniques are inspiring thousands of leaders to build high-performing organizations that make life better for everyone. Now, in Helping People Win at Work, Blanchard and WD-40 Company leader Garry Ridge reveal how WD-40 has used Blanchard's techniques of Partnering for Performance with every employee--achieving levels of engagement and commitment that have fortified the bottom line. Ridge introduces WD-40 Company's year-round performance review system, explaining its goals, features, and the cultural changes it requires. Next, he shares his leadership point of view: what he expects of people, what they can expect of him, and where his beliefs about leadership and motivation come from. Finally, Blanchard explains why WD-40 Company's Partnering for Performance system works so well--and how to leverage its high-value techniques in your organization. In this book, you'll learn how to: - Stop building failure into your mentoring of employees - Set goals using the SMART approach: specific, motivational, attainable, relevant and trackable - Help people move through all four stages of mastery - Create a culture that shares knowledge and encourages nonstop learning "I'm thrilled that the first book in our Leading at a Higher Level series is with Garry Ridge, president of WD-40 Company. For years I've been concerned about how people's performance is evaluated. People are often forced into a normal distribution curve, or even worse, rank ordered. Not only does this not build trust, it also does not hold managers responsible for coaching people and helping them win. The manager's responsibility is focused on sorting people out. When I was a college professor, I always gave my students the final exam at the beginning of the course and spent the rest of the semester helping them answer the questions so that they could get an A. Life is all about getting As, not some stupid normal distribution curve. Garry Ridge got this, and wow What a difference it has made in WD-40
Company's performance." --Ken Blanchard "When I first heard Ken talk about giving his final exam at the beginning of the course and then teaching students the answers so they could get an A, it blew me away. Why don't we do that in business? So that's exactly what I did at WD-40 Company when we set up our 'Don't Mark My Paper, Help Me Get an A' performance management system. Has it made a difference? You'd better believe it. Ever since we began the system, our company's annual sales have more than tripled, from $100 million to more than $339 million. And we've accomplished this feat while making the company a great place to work." --Garry Ridge