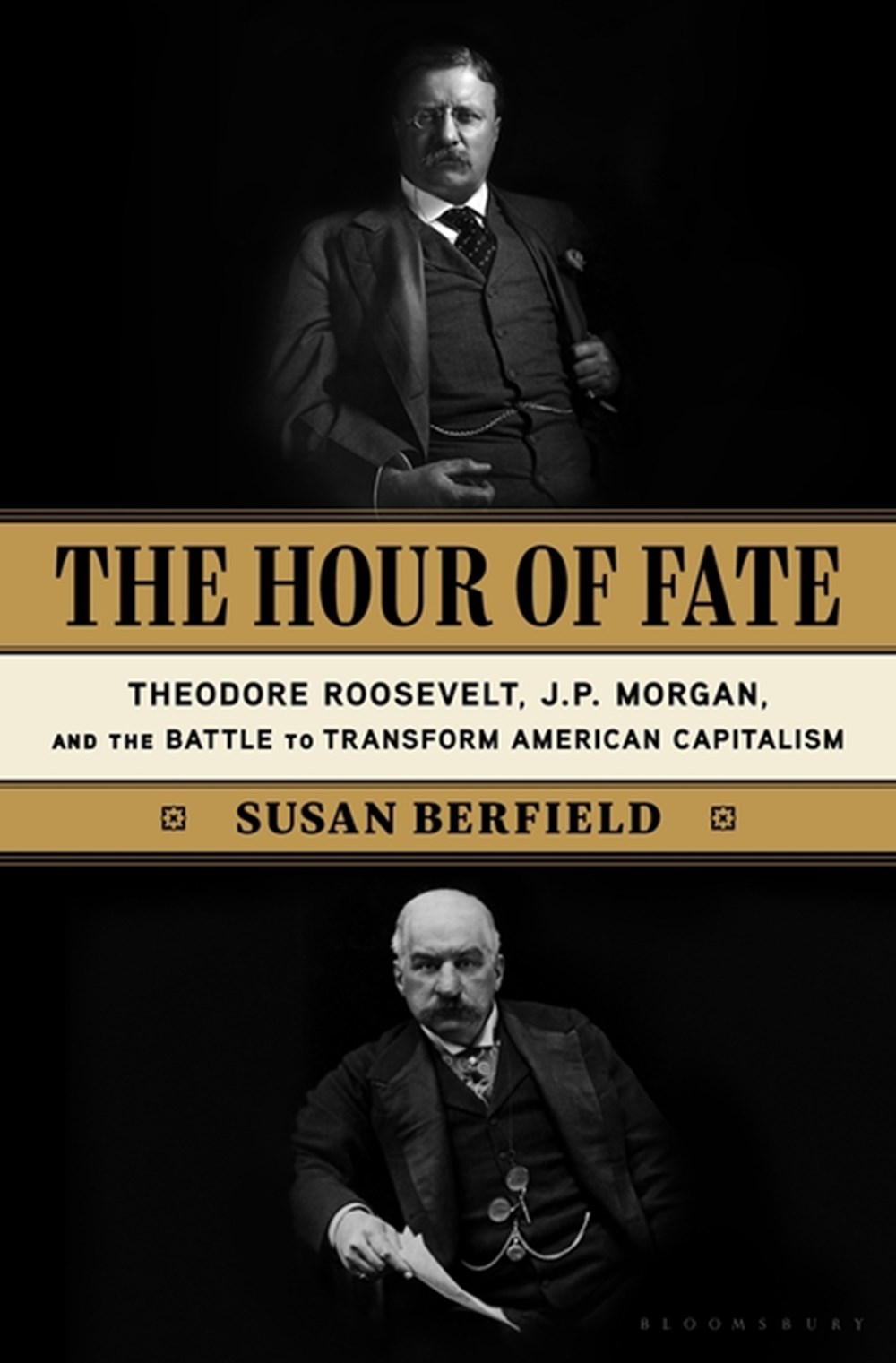 The Hour of Fate: Theodore Roosevelt, J.P. Morgan, and the Battle to Transform American Capitalism

A riveting narrative of Wall Street buccaneering, political intrigue, and two of American history's most colossal characters, struggling for mastery in an era of social upheaval and rampant inequality.

A riveting narrative of Wall Street buccaneering, political intrigue, and two of American history's most colossal characters, struggling for mastery in an era of social upheaval and rampant inequality. It seemed like no force in the world could slow J. P. Morgan's drive to power. In the summer of 1901, the financier was assembling his next mega-deal: Northern Securities, an enterprise that would affirm his dominance in America's most important industry-the railroads. Then, a bullet from an anarchist's gun put an end to the business-friendly presidency of William McKinley. A new chief executive bounded into office: Theodore Roosevelt. He was convinced that as big business got bigger, the government had to check the influence of the wealthiest or the country would inch ever closer to collapse. By March 1902, battle lines were drawn: the government sued Northern Securities for antitrust violations. But as the case ramped up, the coal miners' union went on strike and the anthracite pits that fueled Morgan's trains and heated the homes of Roosevelt's citizens went silent. With millions of dollars on the line, winter bearing down, and revolution in the air, it was a crisis that neither man alone could solve. Richly detailed and propulsively told, The Hour of Fate is the gripping story of a banker and a president thrown together in the crucible of national emergency even as they fought in court. The outcome of the strike and the case would change the course of our history. Today, as the country again asks whether saving democracy means taming capital, the lessons of Roosevelt and Morgan's time are more urgent than ever.