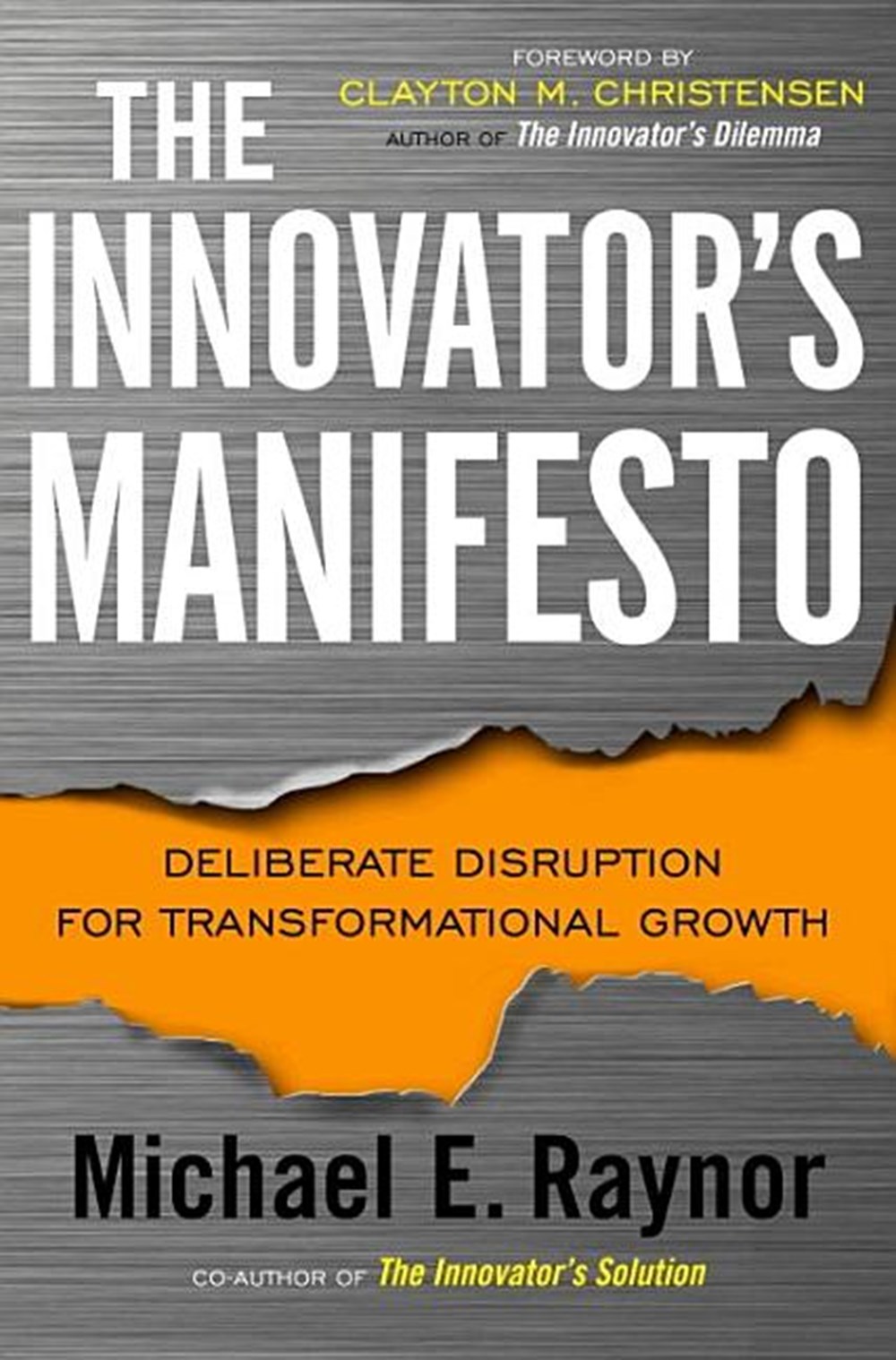 Deloitte senior consultant Raynor, co-author of the national bestseller "The Innovator's Solution," argues that disruption theory is the only theory in business today that can accurately predict the success of failure of a company or product.

In this compelling new book, Michael E. Raynor, coauthor of the national bestseller "The Innovator's Solution," shows that Disruption, Clayton M. Christensen's landmark theory that explains how fringe ideas come to redefine entire markets, not only explains why new businesses emerge and mature companies fall - it actually helps to predict the future success of new ventures more accurately. Raynor's groundbreaking research, and deeper understanding of the mechanisms and drivers of Disruption make this approach to innovation more powerful and more useful than ever.
Despite the groaning shelves of books offering advice on innovation, most managers continue to struggle to create the profitable growth their companies need. The reason? The vast majority of management theories base their prescriptions on explanations of the past. When it comes to "predicting" successful innovation, a willingness to apply the empirical and theoretical rigor of the scientific method to prove what will work in the real world has been notable by its absence.
Until now.
In the "Innovator's Manifesto," Michael E. Raynor, a director at Deloitte Consulting, LLP., coauthor of "The Innovator's Solution," and author of "The Strategy Paradox," shows how Disruption theory can help managers more accurately predict which businesses will survive - and which will die. In fact, Raynor argues that Disruption theory is the only theory which has been statistically "proven" to be an effective predictive tool.
The book draws on the research of the New Business Initiatives (NBI) group at Intel, analyzing forty-eight new ventures that NBI researched, scrutinized, and ultimately funded. The group's success rate was comparable to venture capitalists throughout the industry - roughly 10 percent. However, when the principles of Disruption theory were applied to these forty-eight funded ventures in controlled experiments, the subjects' accuracy rates improved significantly - by almost 40 percent. Raynor replicated these experiments with over 300 MBA students at schools in the United States and Canada, including Harvard, with even more impressive results: systematic improvements in predictive accuracy of up to 50 percent. In other words, not only is disruption effective, it can be readily and successfully taught and applied.
"The Innovator's Manifesto" is the most significant advance in our understanding of the mechanisms and implications of Disruption theory since Christensen's seminal 1997 work, "The Innovator's Dilemma." For the first time disruption theory has been shown to give managers and investors effective tools they can use in their efforts to create the success they seek.