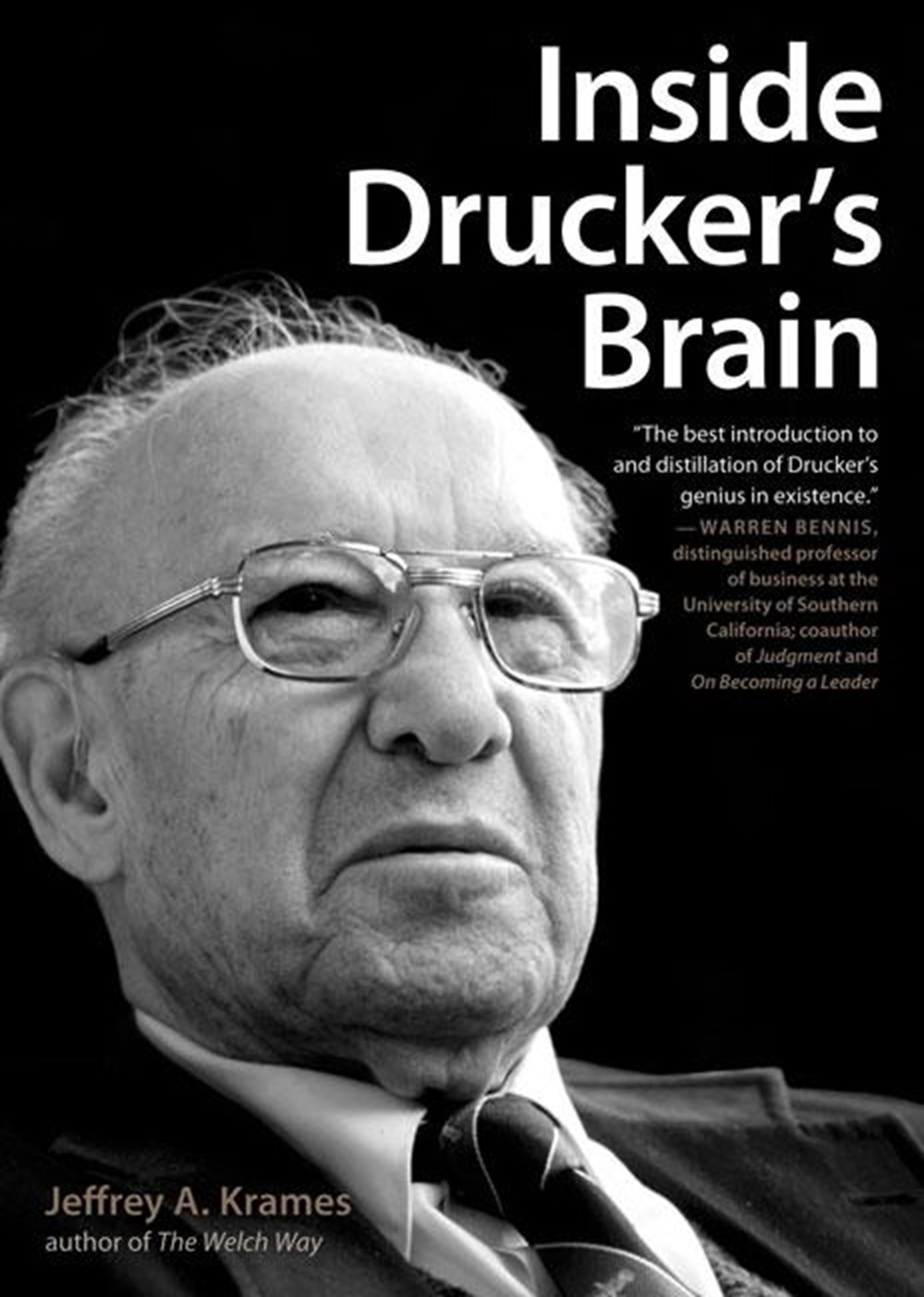 The books on our 2008 shortlist for the Biographies &amp; Memoirs Category are: Inside Drucker's Brain by Jeffrey Krames (Portfolio, November 2008) Jeffrey Krames relates Drucker's stories like the talented writer he is, plopping the reader down in Drucker's life, practically sitting in his living room or the Italian restaurant where they went to lunch. This is the best way to learn, by hearing stories, which Peter Drucker told all his life. The Thief at the End of the World: Rubber Power, and the Seeds of Empire by Joe Jackson (Viking, March 2008) The fascinating story of Henry Wickham, who went to the jungle to find the seeds to the most valuable rubber--and pull off one of the greatest heists of all time--is told here with excitement, intrigue and homage to the wonders of science and industry. READ FULL DESCRIPTION

This guide to 'the inventor of modern management' is based on an interview held in 2003. The author uses the insights he gained that day to create this guide to Peter Drucker's wisdom.