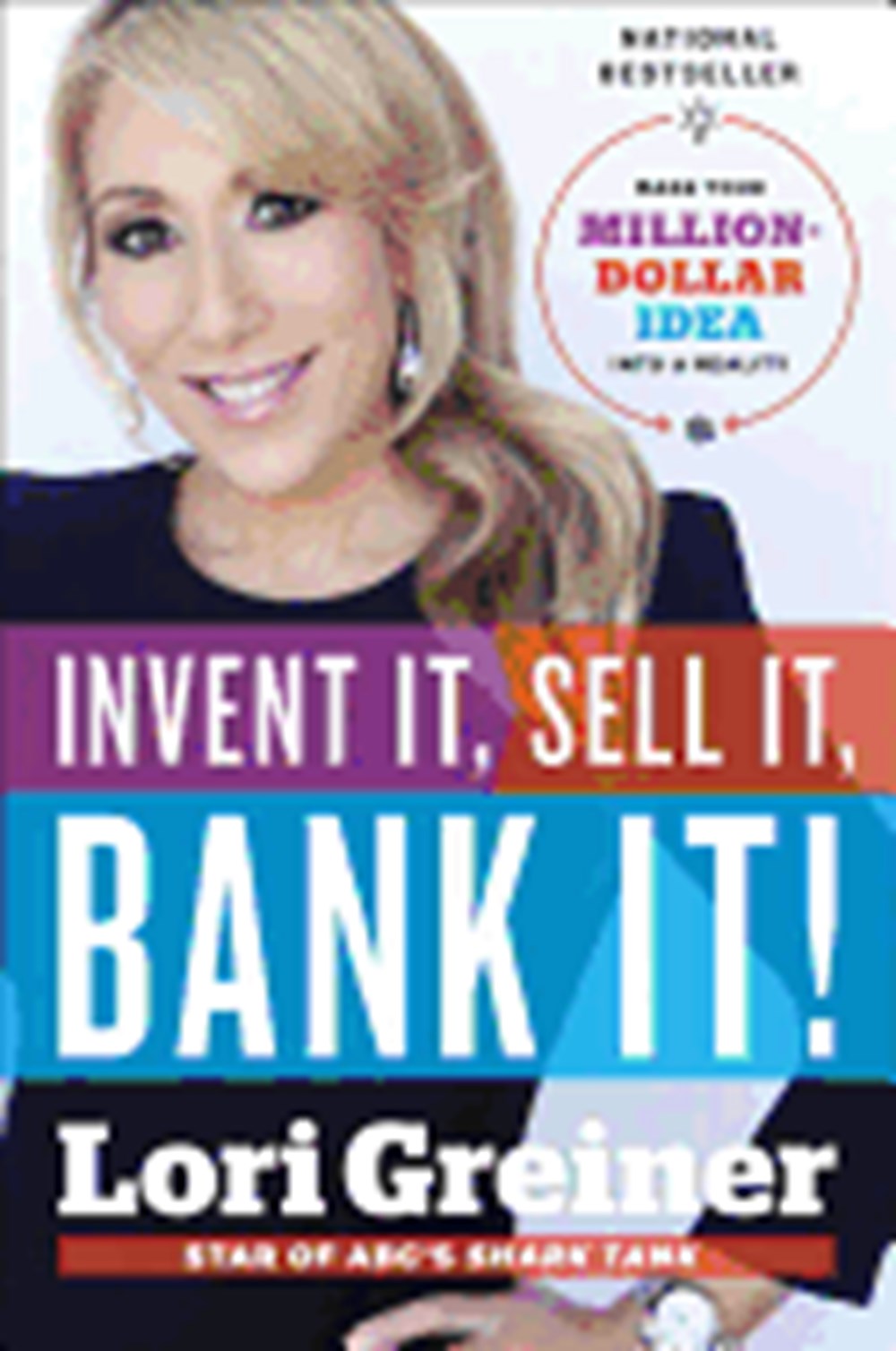 Invent It, Sell It, Bank It!: Make Your Million-Dollar Idea Into a Reality

NATIONAL BESTSELLER From one of the stars of ABC s Shark Tank and QVC s Clever & Unique Creations by Lori Greiner comes a hands-on, nuts-and-bolts guide to getting a new product or company off the ground and making it a success.

NATIONAL BESTSELLER
From one of the stars of ABC s Shark Tank and QVC s Clever & Unique Creations by Lori Greiner comes a hands-on, nuts-and-bolts guide to getting a new product or company off the ground and making it a success.
Turn your idea into a reality.
Become your own boss.
Make your first million.
Achieve financial freedom.
Lori Greiner shows you how.
Lori Greiner is one of America s most successful, prolific, and sought-after entrepreneurs. But before she created her first hit product, all she had was a great idea, a tireless work ethic, and no clue how to get it to market. So Lori taught herself everything she needed to know about bringing an invention from concept to creation to consumers in months. She learned the ins and outs of business, manufacturing, investors, patents, marketing, and more. Now, five hundred million dollars in retail sales later, in an honest and straightforward fashion, Lori reveals the path she took to her wealth of experience and hard-won wisdom so that you, too, can achieve financial freedom and see your invention become reality.
Invent It, Sell It, Bank It! is a hands-on, nuts-and-bolts guide to getting a new product or company off the ground and making it profitable. Sharing her own secret formula and personal stories along the way, she provides vital information and advice on topics that can often intimidate, frustrate, and stump aspiring entrepreneurs.
Offering behind-the-scenes insights into her experiences on ABC s Shark Tank and QVC-TV s Clever & Unique Creations by Lori Greiner, as well as valuable lessons learned from the mistakes and triumphs of her early career, Lori proves that, with hard work and the right idea, anyone can turn themselves into the next overnight success.
So a note to all the weekend inventors, armchair CEOs, and get-rich-quick dreamers: No more excuses! With Lori Greiner as your personal mentor, the only thing left to do is make your product, get out there, and sell it!
Inside, Lori covers such topic as . . .
Market research: Is your idea a hero or a zero? Don t be so fixated on the end result that you forget to make something that people actually want to buy.
Product design: I have an idea, now what s next? From concept to prototype to final product: How do I make it and where do I start?
Funding: Although loans, investments, and crowd-sourcing are great ways to access cash, first tap into your own resources as wisely as possible.
Manufacturing: Seeing your final product roll off the assembly line is a magical moment, but there are things to watch out for so you get there in a cost-effective way.
Protecting your idea: To patent or not to patent, and other things you can do to safeguard your idea.
The secrets to selling successfully: You got the product made, now learn how to get people to buy it!
Advance praise for Invent It, Sell It, Bank It!
I am used to dealing with Mavericks and Lori fits the bill! Lori Greiner s insightful and practical book, Invent It, Sell It, Bank It! should be on the required reading list for anyone who wants to take an idea and turn it into a real business. Mark Cuban
While most people write a book to make money, it s evident in reading Invent It, Sell It, Bank It! that Lori s goal is to share her secrets with the reader, and make them money. Mark Burnett"