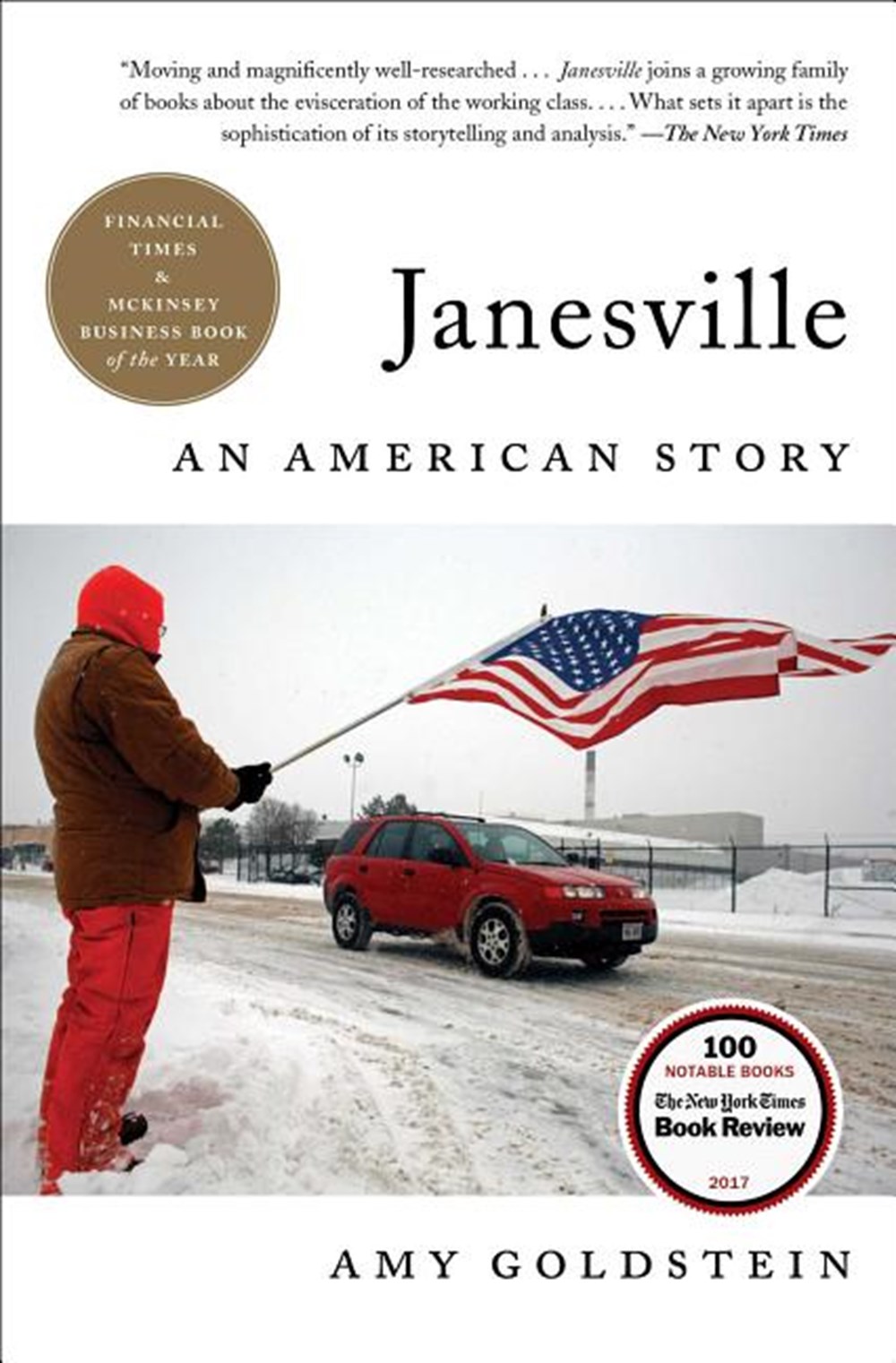 "A Washington Post reporter’s intimate account of the fallout from the closing of a General Motors’ assembly plant in Janesville, Wisconsin—Paul Ryan’s hometown—and a larger story of the hollowing of the American middle class."--Amazon.com

Scenes from our time in New York City, hosting and honoring our friends and colleagues in the publishing industry. READ FULL DESCRIPTION

In Praise of Janesville: The 2017 800-CEO-READ Business Book of the Year

Eminently accessible, instantly absorbable, Janesville is a story of economics lived. Of the decisions a monolithic company makes that results in economic devastation for a middle-American town, and the families that live there. A microcosmic illustration of a national experience, Janesville is about idealism and stubbornness and desperation and bravery. And we all can learn a lot about ourselves and our capacity for resilience from the children whose stories are at the heart of Janesville. READ FULL DESCRIPTION

The 2017 Financial Times and McKinseyBusiness Book of the Year Award

The Financial Times and McKinsey Business Book of the Year Award has been awarded to Amy Goldstein and her excellent book on Janesville, Wisconsin in the aftermath of a GM plant closure. READ FULL DESCRIPTION

Here's what our staff has been reading during the gorgeous Milwaukee summer. READ FULL DESCRIPTION

* Financial Times and McKinsey Business Book of the Year * Winner of the J. Anthony Lukas Book Prize * 800-CEO-READ Business Book of the Year * A New York Times Notable Book * A Washington Post Notable Book * An NPR Best Book of 2017 * A Wall Street Journal Best Book of 2017 * An Economist Best Book of 2017 * A Business Insider Best Book of 2017 * "Moving and magnificently well-researched...Janesville joins a growing family of books about the evisceration of the working class in the United States. What sets it apart is the sophistication of its storytelling and analysis." --The New York Times A Washington Post reporter's intimate account of the fallout from the closing of a General Motors' assembly plant in Janesville, Wisconsin--Paul Ryan's hometown--and a larger story of the hollowing of the American middle class. This is the story of what happens to an industrial town in the American heartland when its factory stills--but it's not the familiar tale. Most observers record the immediate shock of vanished jobs, but few stay around long enough to notice what happens next, when a community with a can-do spirit tries to pick itself up. Pulitzer Prize winner Amy Goldstein has spent years immersed in Janesville, Wisconsin where the nation's oldest operating General Motors plant shut down in the midst of the Great Recession, two days before Christmas of 2008. Now, with intelligence, sympathy, and insight into what connects and divides people in an era of economic upheaval, she makes one of America's biggest political issues human. Her reporting takes the reader deep into the lives of autoworkers, educators, bankers, politicians, and job re-trainers to show why it's so hard in the twenty-first century to recreate a healthy, prosperous working class. For this is not just a Janesville story or a Midwestern story. It's an American story.