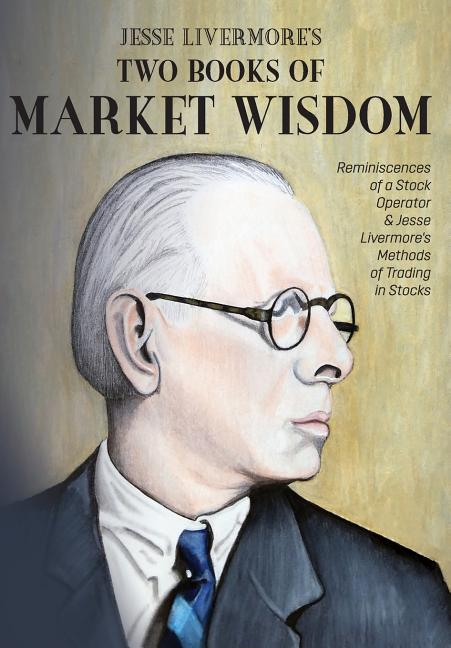 For the first time, these two works attributed to the great Jesse Livermore are presented together in one volume with a new foreword by Juliette Rogers.

For the first time, these two works attributed to the great Jesse Livermore are presented together in one volume with a new foreword by Juliette Rogers. Both contain interesting insights into Livermore's life and times as well as the reasons for his success. They remain classics and must reads for every new aspirant in the world of speculation.

The two books in this volume were written in the early 1920s, when Livermore was already famous but still ascending to the peak of his wealth. The nightmare of World War I was fading, and the United States had successfully transitioned from a wartime economy into a peacetime powerhouse. Americans became enamored of cars, telephones, radios, and movies. A newfound fascination with celebrities extended beyond film stars and athletes to the rich and powerful. People wanted to know how Wall Street wizards like Jesse Livermore spun their magic.

The first book, Reminiscences of a Stock Operator by Edwin Lef vre, offers keen insight while at the same time adding to the Livermore enigma. Reminiscences is the first-person narrative of a fictional speculator named Larry Livingston, whose life events happen to match precisely those of Jesse Livermore. As a financial journalist, biographer, and novelist, Edwin Lef vre gave his readers their much-desired glimpse into the lofty world of Wall Street elites. He wrote eight other books, but none matched the success of Reminiscences, which has remained in print since 1923 and been translated into numerous languages. Even the understated former Federal Reserve Chairman Alan Greenspan once called it "a font of investing wisdom."

In true Livermore fashion, the book itself remains something of a mystery. Specifically, over the decades many readers have wondered if the book's author was not Lef vre, but none other than Jesse Livermore. The two men were long acquainted and may have traded useful information over the years. A 1967 biography claims that Livermore, shortly before his death, acknowledged writing Reminiscences with guidance from Lef vre, who served as "editor and coach." This revelation came to the biographer secondhand and without confirmation, so the mystery continues. However, attentive readers may note the narrator's especially gleeful tone whenever windfalls are made or old scores are settled, suggesting a connection more personal than professional.

In the years following these publications, Livermore continued to burnish his legend. A 1924 run-up in wheat prices squeezed him out of $3 million, but the following year he recovered his losses and added tremendous profit when the wheat market collapsed. Of course, in this era of modest regulation, markets were vulnerable to manipulation, and Livermore--by now nicknamed the "Great Bear of Wall Street"--did not eschew such tactics.