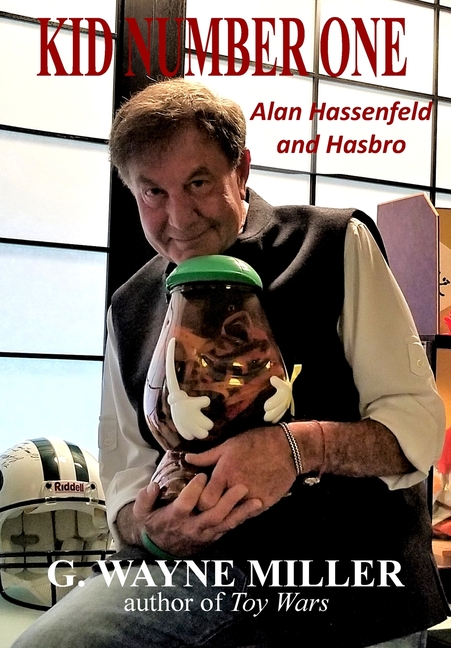 Having escaped religious persecution in Eastern Europe in 1903, Alan Hassenfeld's grandfather and great-uncle arrived in America as penniless teenage immigrants - refugees who went from hawking rags on the streets of New York City to building what became the world's largest toy company, Hasbro.

Having escaped religious persecution in Eastern Europe in 1903, Alan Hassenfeld's grandfather and great-uncle arrived in America as penniless teenage immigrants - refugees who went from hawking rags on the streets of New York City to building what became the world's largest toy company, Hasbro. Alan's father, Merrill, brought Mr. Potato Head and G.I. Joe to consumers and his only brother, Stephen, made Hasbro a Fortune 500 company and Hollywood player. Alan was the free spirit who wanted to write novels, date beautiful women and travel the world. He never wanted to run Hasbro, and no one ever believed he would - or could.

And then Stephen died, tragically of AIDS. "Kid Number One," as Alan liked to call himself, was suddenly chairman and CEO. Silencing the skeptics, he took the company to greater heights - and then almost killed it with a series of bad decisions including Hasbro's acquisition of rights to POK MON. Putting ego aside, Hassenfeld gave his long-time lieutenant Al Verrecchia command and set in motion a plan whereby he would leave the corner office. Verrecchia saved the company, and after renewed success, he himself retired, leaving Hasbro in the hands of current CEO and chairman Brian Goldner, so highly regarded that he was brought onto the board of CBS.

With his fortune, Hassenfeld could have sailed into the sunset on a yacht, but instead, he went to work expanding the long family tradition of Tikkun Olam - "repairing the world" - begun by his grandfather and great-uncle, who, grateful to have survived, tirelessly helped immigrants and needy citizens of their new country. Alan Hassenfeld's philanthropy has helped build two children's hospitals, establish numerous educational and health programs, train young doctors and scientists, resettle refugees, promote peace in the Mideast and more. For decades, he also has been a highly visible advocate for national political and ethics reform, despite personal threats and the scorn of crooked politicians.

Kid Number One: A story of heart, soul and business, featuring Alan Hassenfeld and Hasbro, weaves these stories into a seamless, dramatic narrative that begins with the slaughter of Jews in 1903 Poland and continues to today -- when in an era of unchecked narcissism and greed, Hassenfeld, like Bill Gates, serves as a model for what people of great wealth can do when they put self aside. Kid Number One also chronicles the history of American toys -- and not just such Hasbro classics as Monopoly, Transformers and Star Wars, but also Mattel's timeless brands including Barbie and many lesser-known toys by companies large and small, many no longer in existence.

Granted exclusive and unprecedented access inside a $5-billion toy and family-entertainment company and one of America's leading if largely unknown philanthropies, G. Wayne Miller, author of the best-selling Toy Wars: The epic struggle between G.I. Joe, Barbie and the companies that make them, is uniquely qualified to tell this tale.