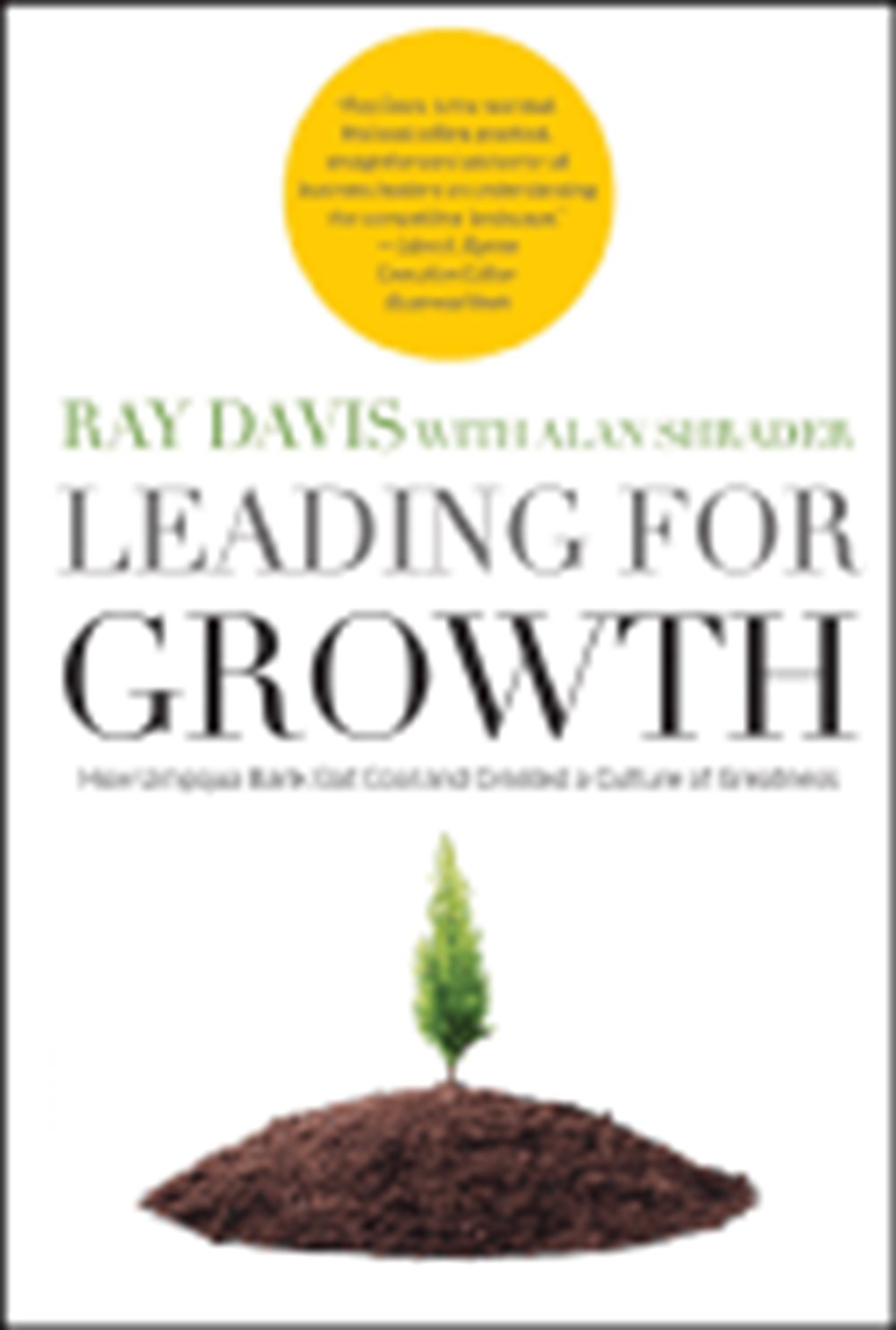 Leading for Growth: How Umpqua Bank Got Cool and Created a Culture of Greatness

"Leading for Growth" tells the surprising story of the rise of Umpqua Bank--how it did everything a bank isn't supposed to do and became celebrated by the media, its customers, and investors.

Who wants to run a lemonade stand with me?

I'm going to build off Todd's review of Leading for Growth. I heard about it months ago from its publisher and started reading it on my train ride down to Chicago the other day. Co-author Ray Davis has helped take Umpqua Bank (based in Oregon) into the limelight; I'm sure you've heard of the bank from a number of Fast Company mentions. READ FULL DESCRIPTION

Leading For Growth: A Review

Authors Ray Davis and Alan Shrader did all the right things to pull me into Leading For Growth. Now, let's talk a bit about the book itself. Davis came to Umpqua Bank from a consulting practice where he saw nothing but the same in the banking industry. READ FULL DESCRIPTION

You Have 10 Pages To Convince Me

We tell authors and publishers all the time about the importance of the first 10 pages of a book. For Jack and I, the author has about three pages to catch our attention. If not, we are on to the next book. READ FULL DESCRIPTION

When Ray Davis took over the local 40-person South Umpqua Bank in 1994, many people in the industry poked fun at his insistence that employees answer the phone with a cheery "World's Greatest Bank." Eleven years, $7 billion in assets, and 128 branches (or " bank stores" in Umpqua lingo) later, the moniker seems quite apt. Other banks scratched their heads when Davis sent his tellers to Ritz-Carlton to learn customer service and were intrigued when he hired a cutting-edge design firm to completely re-think retail layout. Now, with a top design award under their belt, a name change (there never was a North Umpqua bank), and a completely new definition of the banking business, Umpqua has become the darling of the entrepreneurial press and a growth powerhouse. The New York Times calls Umpqua "Starbucks with tellers."

Ray Davis (Portland, OR), named by U.S. Banker as one of the 25 most influential people in the financial industry in 2005, is President and CEO of Umpqua Holdings Corporation. Alan Shrader (Moraga, CA) is an experienced writer and editor of business books.