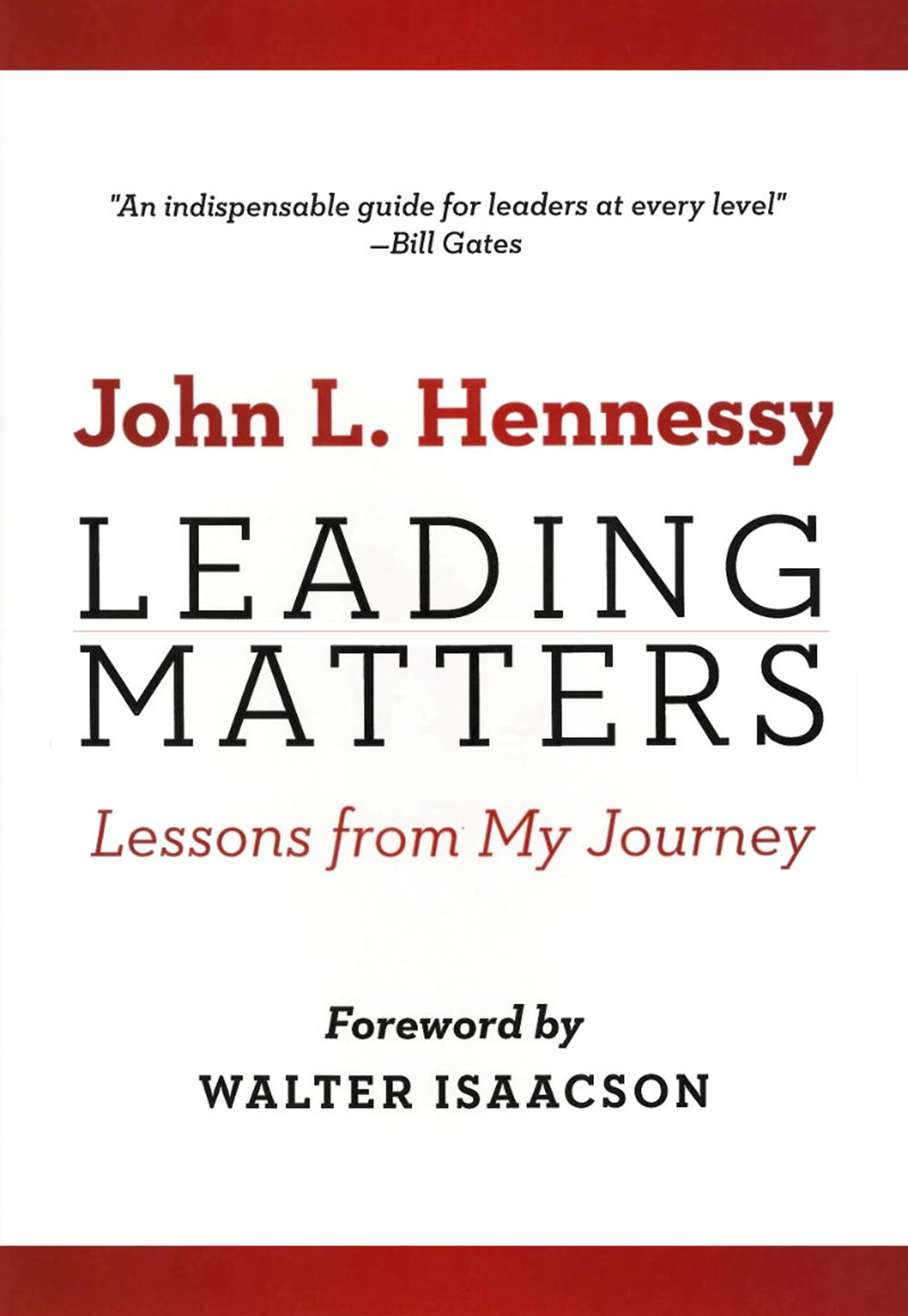 Hennessy's approach to leadership is laser-focused on the journey rather than the destination. Each chapter in Leading Matters looks at valuable elements that have shaped Hennessy's career in practice and philosophy. He discusses the pivotal role that humility, authenticity and trust, service, empathy, courage, collaboration, innovation, intellectual curiosity, storytelling, and legacy have all played in his prolific, interdisciplinary career.

Hennessy takes these elements and applies them to instructive stories, such as his encounters with other Silicon Valley leaders including Jim Clark, founder of Netscape; Condoleezza Rice, former U.S. Secretary of State and Stanford provost; John Arrillaga, one of the most successful Silicon Valley commercial real estate developers; and Phil Knight, founder of Nike and philanthropist with whom Hennessy cofounded Knight-Hennessy Scholars at Stanford University.

Across government, education, commerce, and non-profits, the need for effective leadership could not be more pressing. This book is essential reading for those tasked with leading any complex enterprise in the academic, not-for-profit, or for-profit sector.