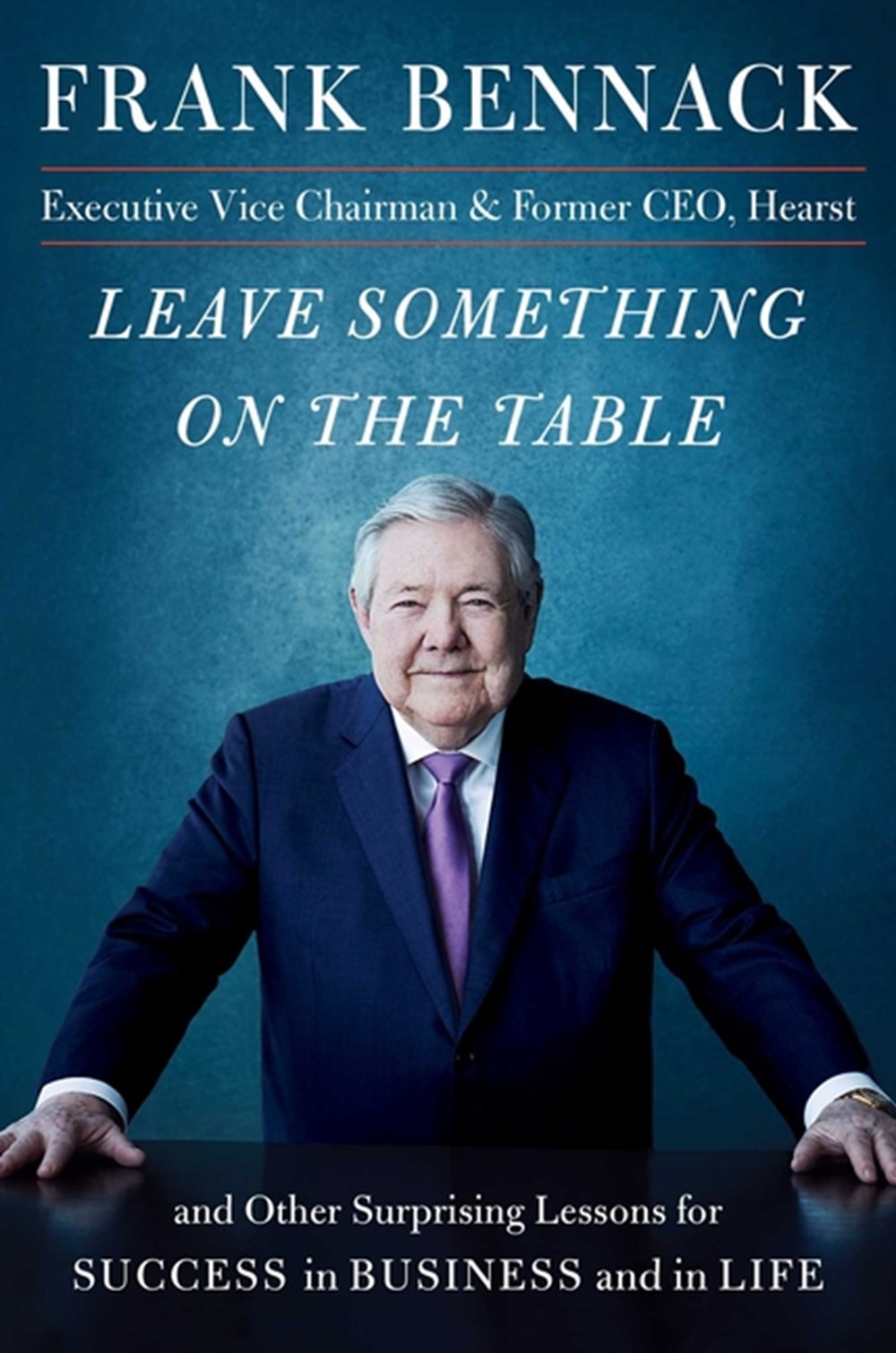 Leave Something on the Table: And Other Surprising Lessons for Success in Business and in Life

One of the most innovative minds in business provides an equally original guide to getting ahead. Frank Bennack's accomplishments in media and business are unrivaled.

The CEO: An Operator’s Guide

"When the weeks sail by, dotted with accomplishment, it’s useful to appreciate them, but also to remember that they won’t all be that way. And when the bottom seems to be dropping out, that, too, won’t last." READ FULL DESCRIPTION

One of the most innovative minds in business provides an equally original guide to getting ahead. Frank Bennack's accomplishments in media and business are unrivaled. He was named chief executive of Hearst in 1979, and for nearly 30 years he helped solidify the company's reputation as a leader in consumer media, overseeing the purchase of more than two dozen television stations and several major newspapers (Houston Chronicle), the launch of top-selling magazines (O, The Oprah Magazine), and a partnership with ABC, now the Walt Disney Company, to create the pioneering cable networks A&E, HISTORY, and Lifetime. One of his greatest achievements was when, in 1990, he negotiated a 20 percent stake in ESPN for $167 million. The sports network would be valued by market analysts at roughly $30 billion. He also played a key role in Hearst's march toward diversification, with acquisitions of business media assets including global ratings agency Fitch Group. In Leave Something on the Table, Bennack takes readers behind the scenes of these high-stakes moves and offers practical tips for excelling in the corporate world and beyond. He tells stories from his Texas childhood--a first job at 8, his own television show at 17--that foretold why he would become a CEO at 46. And he shares his encounters with US presidents, reflects on his longtime commitment to philanthropy, and describes his and his colleagues' unwavering quest to build the visionary Hearst Tower. This is a heartfelt handbook for how to advance not only as a professional but as a person. As Bennack writes, "It's not currently fashionable to make the case for the high road. It looks longer, and old-fashioned, and it's easy to conclude that while you're climbing the ladder, burdened by your values, others are reaching the top faster. But if the stories in these pages suggest a broader truth, it's exactly the opposite: The high road is quicker, with a better view along the way, and more satisfaction at the summit."