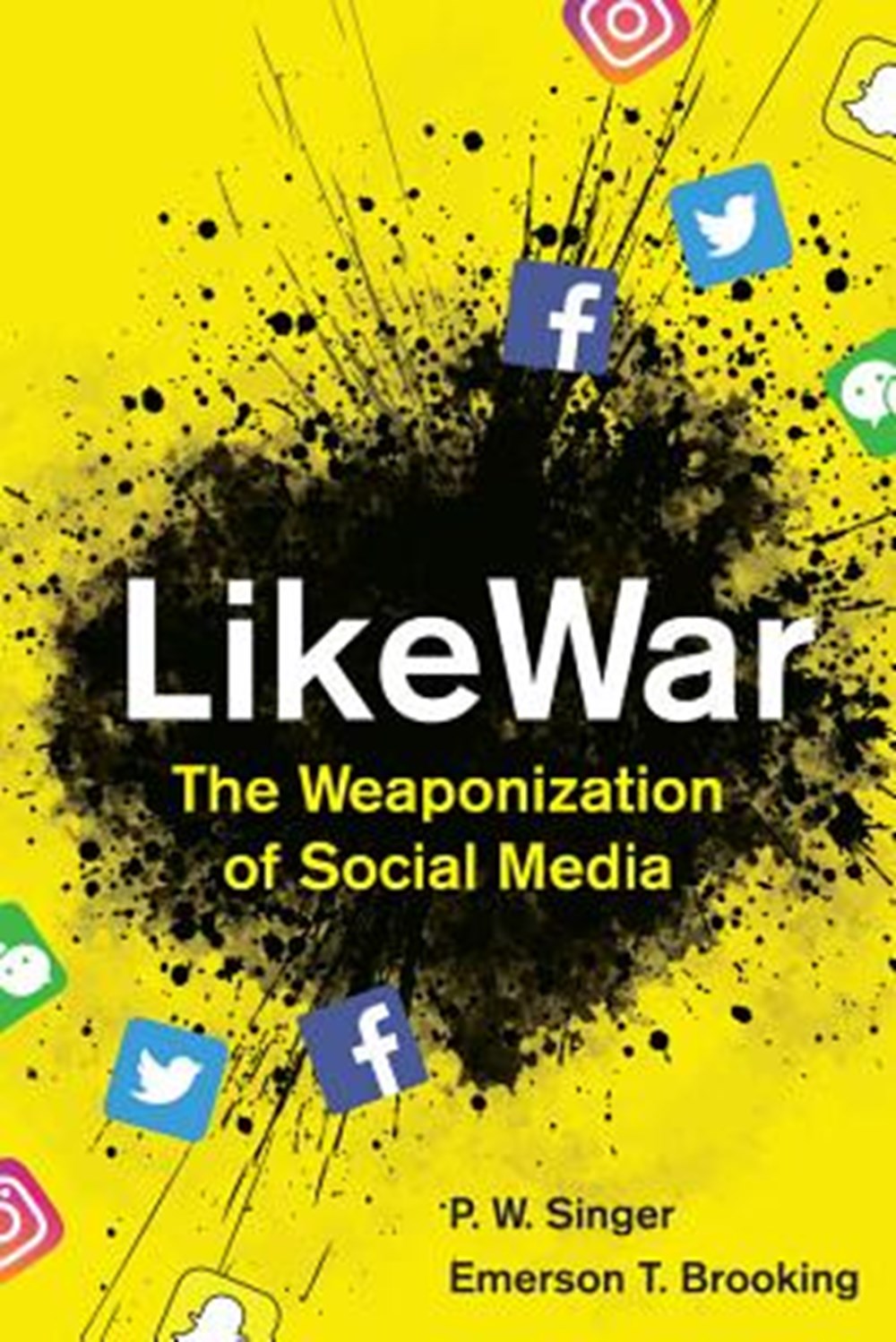 LikeWar: The Weaponization of Social Media

Through the weaponization of social media, the internet is changing war and politics, just as war and politics are changing the internet. Terrorists livestream their attacks, "Twitter wars" produce real-world casualties, and viral misinformation alters not just the result of battles, but the very fate of nations. War, tech, and politics have blurred into a new kind of battle space that plays out on our smartphones.

P. W. Singer and Emerson Brooking tackle the mind-bending questions that arise when war goes online and the online world goes to war.

Delving into the web's darkest corners, LikeWar outlines a radical new paradigm for understanding and defending against the unprecedented threats of our networked world. 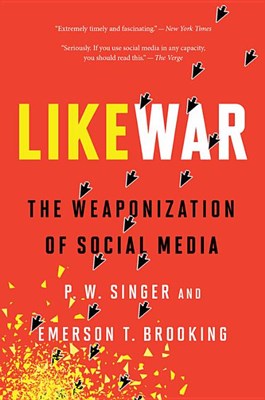 Likewar: The Weaponization of Social Media