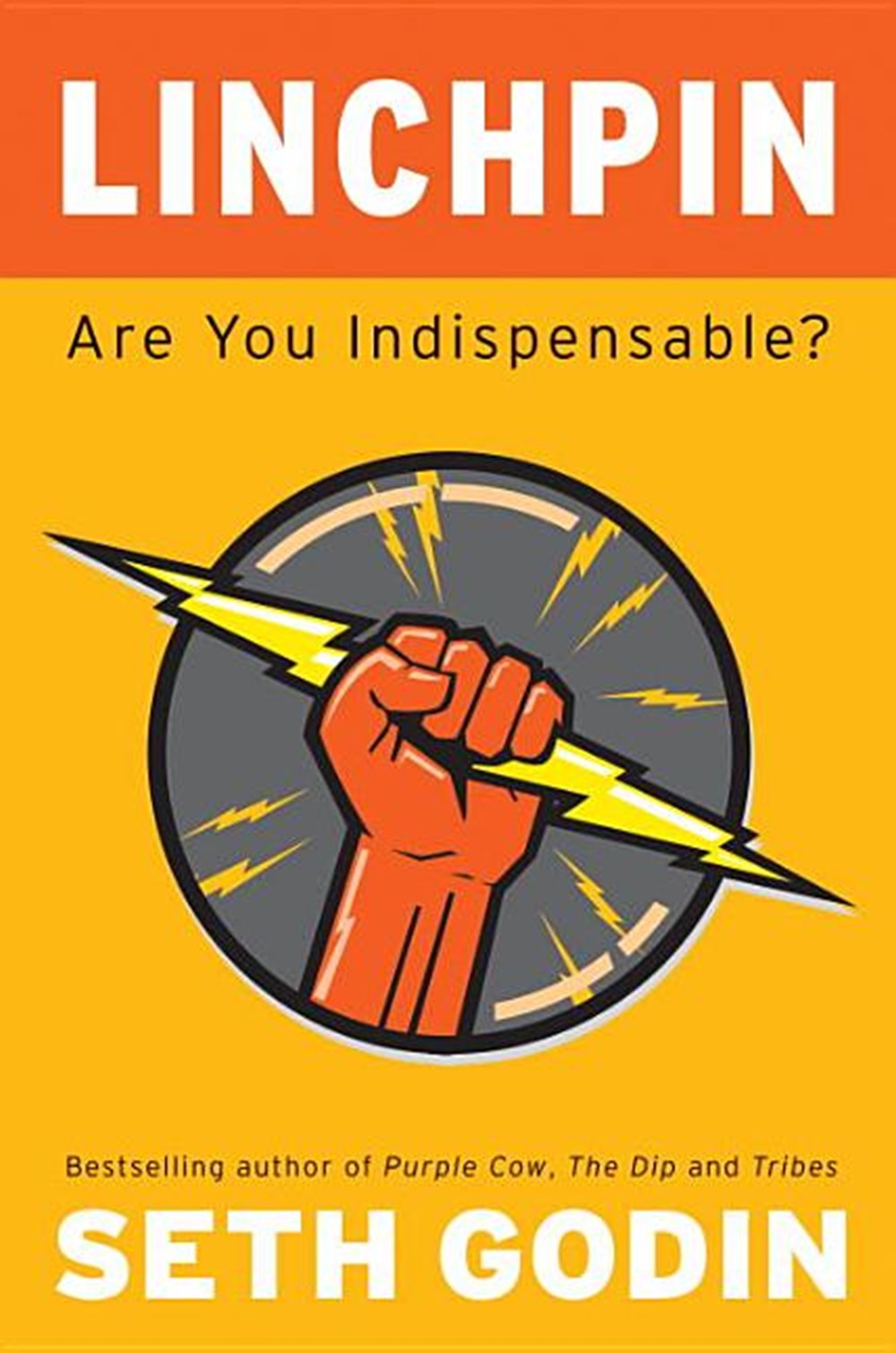 There used to be two teams in every workplace: management and labor. Now there's a third team: the linchpins. These people figure out what to do when there's no rule book, and they are essential building blocks of great organizations.

In an effort to bring awareness to the wonderful work that Acumen Fund continues to do around the world, Seth Godin and 800-CEO-READ have created a special offer. We are going to give you a free copy of Jacqueline Novogratz's (the founder and CEO of Acumen Fund) The Blue Sweater: Bridging the Gap Between Rich and Poor in an Interconnected World when you buy two copies of Seth's latest book, Linchpin. Not to sound too much like an infomercial, but this offer really is only available while the stock (of around 200) we have here lasts, and Seth already announced it this morning, so hustle up and get in on it. READ FULL DESCRIPTION

Seth Godin's new book Linchpin: Are You Indispensable? will be released later this month, but if you order it from 800ceoread now, not only will you receive 40% off the list price, but the first 20 people who order 50 copies or more will receive the rare Seth Godin Box. The boxed set includes five of Seth's most popular books in a handsome display box. READ FULL DESCRIPTION

Seth Godin is a revolutionary—in the best sense of that word. Consider his message at the beginning of Insubordinate—his new(ish) addendum to Linchpin. The opportunities to make change are bigger and more attractive than ever before. READ FULL DESCRIPTION

Seth Godin is constantly dreaming of new possibilities to disseminate ideas and do business right. In support of his latest book, he has created a truly ingenious offer, one that helps spread his ideas while supporting a noble and worthy cause. The first 3,000 people to give a donation of $30 or more to Acumen Fund will receive a copy of his upcoming book, Linchpin: Are You Indispensable? READ FULL DESCRIPTION

Check this out - our friends at HarperStudio are co-hosting a killer event in NYC on April 20th, featuring Gary Vaynerchuk, Anna Bernaseck, Tom Peters (! ), Michael Eisner, and moderated by the one and only Seth Godin. The event is called Re-set and with a lineup like this, which will literally re-set how you think about your business, you'd likely expect to pay waaaay more than what they're asking. READ FULL DESCRIPTION

As the economy and job market continue to climb back on their feet, a few books have been published that address the 'survivors' on a personal level, the most notable being Seth Godin's Linchpin: Are You Indispensable? In it, the author describes the characteristics that define a person who brings value to the work, groups, and experiences they are involved in. On one hand a personal development book, on the other hand, it's an economic development book, as it addresses how we as individuals can contribute to turning things around for the companies we work for in the process. READ FULL DESCRIPTION

Books can do a lot for us: inspire, teach, jolt, enlighten. They can be a call to action, but they can't actually make us act. You have to find the gumption to do that on your own. READ FULL DESCRIPTION

Jessica Hagy has taken Sun Tsu's classic and put her illustrative slant on it. The result is The Art of War Visualized. READ FULL DESCRIPTION

This life-changing manifesto shows how you have the potential to make a huge difference wherever you are. Few authors have had the kind of lasting impact and global reach that Seth Godin has had. In a series of now-classic books that have been translated into 36 languages and reached millions of readers around the world, he has taught generations of readers how to make remarkable products and spread powerful ideas. In Linchpin, he turns his attention to the individual, and explains how anyone can make a significant impact within their organization. There used to be two teams in every workplace: management and labor. Now there's a third team, the linchpins. These people figure out what to do when there's no rule book. They delight and challenge their customers and peers. They love their work, pour their best selves into it, and turn each day into a kind of art. Have you ever found a shortcut that others missed? Seen a new way to resolve a conflict? Made a connection with someone others couldn't reach? Even once? Then you have what it takes to become indispensable, by overcoming the resistance that holds people back. Linchpin will show you how to join the likes of... - Keith Johnson, who scours flea markets across the country to fill Anthropologie stores with unique pieces.
- Jason Zimdars, a graphic designer who got his dream job at 37signals without a r sum .
- David, who works at Dean and Deluca coffee shop in New York. He sees every customer interaction as a chance to give a gift and is cherished in return. As Godin writes, "Every day I meet people who have so much to give but have been bullied enough or frightened enough to hold it back. It's time to stop complying with the system and draw your own map. You have brilliance in you, your contribution is essential, and the art you create is precious. Only you can do it, and you must." 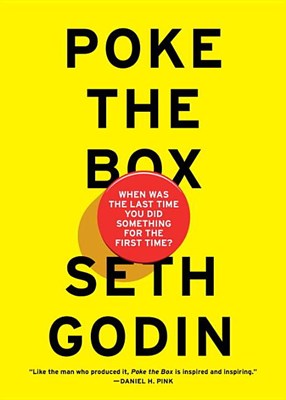 Poke the Box: When Was the Last Time You Did Something for the First Time? 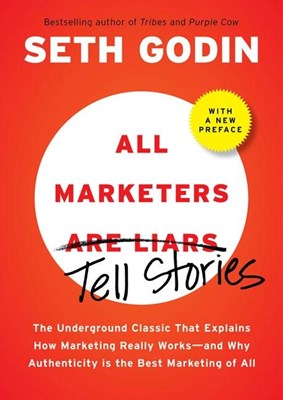 All Marketers Are Liars: The Underground Classic That Explains How Marketing Really Works--And Why Authenticity Is the Best Marketing of All

Free Prize Inside!: How to Make a Purple Cow 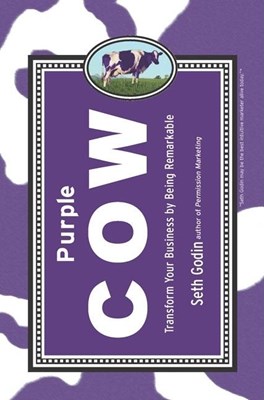 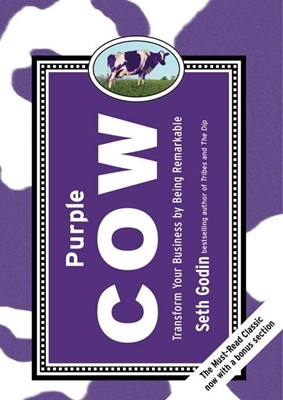 Purple Cow, New Edition: Transform Your Business by Being Remarkable 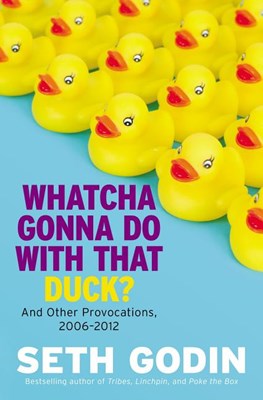 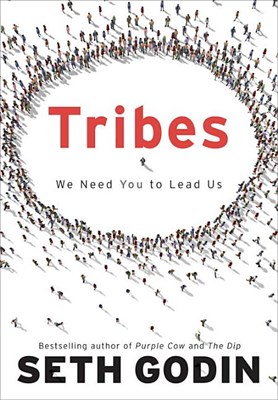 Tribes: We Need You to Lead Us

Everyone Is an Expert

The Icarus Deception: How High Will You Fly?