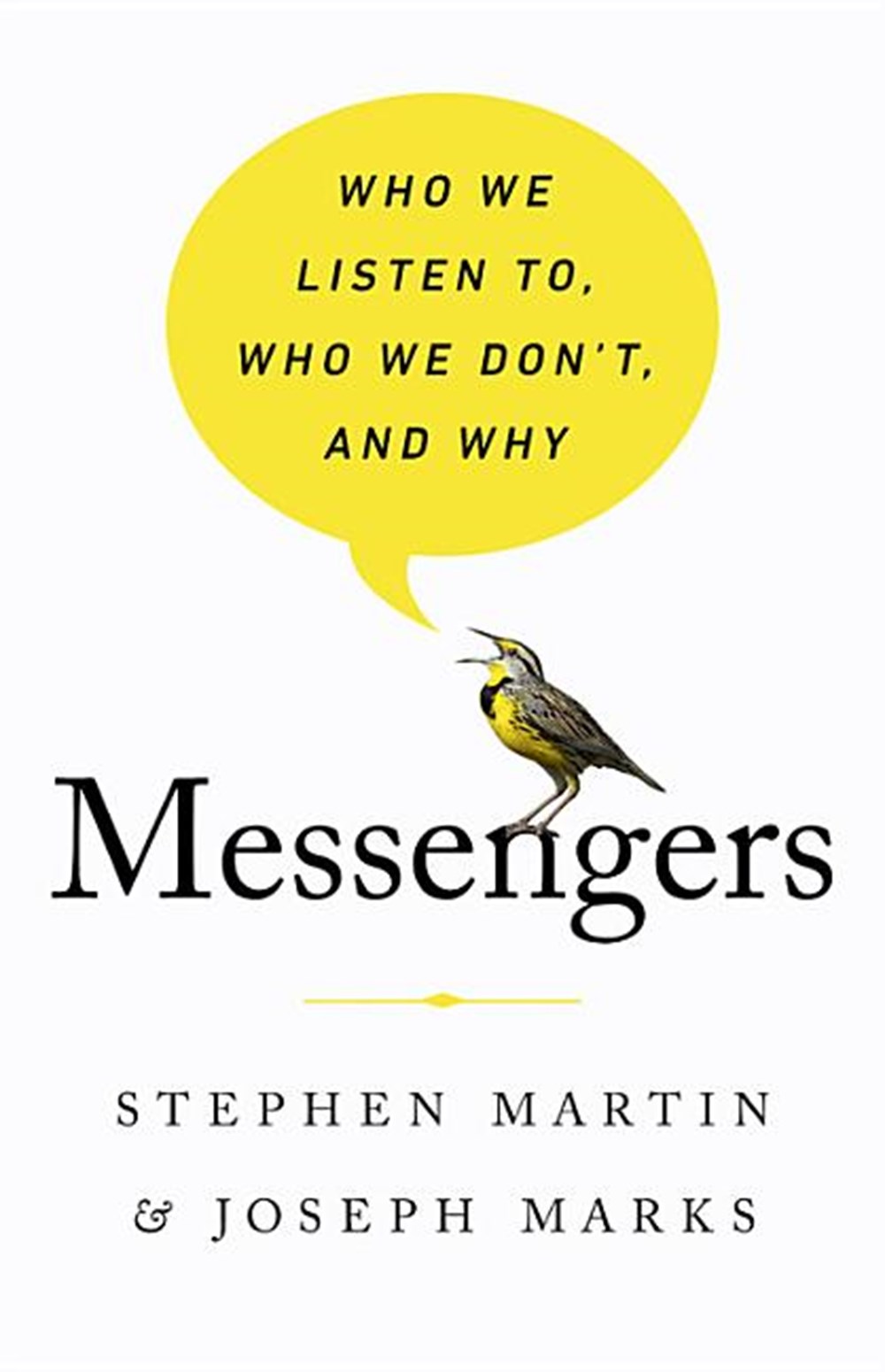 Messengers: Who We Listen To, Who We Don't, and Why

A fascinating exploration of the powerful forces that shape who people choose to listen to and believe, why talented and qualified people are ignored, and how these "messengers" influence society.

A fascinating exploration of the powerful forces that shape who we choose to listen to and believe, why talented and qualified people are ignored, and how these "messengers" influence society. We live in a world where proven facts and verifiable data are freely and widely available. Why, then, are self-confident ignoramuses so often believed over thoughtful experts? And why do details such as a person's height, relative wealth, or Facebook photo influence whether or not we trust what they are saying? In this revelatory book, Stephen Martin and Joseph Marks explain how in our uncertain and ambiguous world, the messenger is the message. We frequently fail to separate the idea being communicated from the person conveying it, they argue: the status or connectedness of the messenger become more important than the message itself. Through memorable storytelling, we see how messengers influence business, politics, local communities, and our broader society. And we come to understand the forces behind the most infuriating phenomena of our modern era: why fake news is so readily believed, how presidents can hawk misinformation and flagrant lies yet remain influential, and why 17 million UK citizens were convinced by the overconfident claims of a group of self-interested Brexit campaigners.