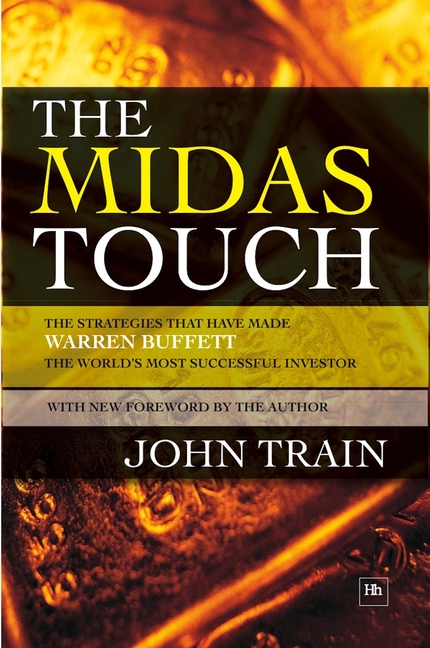 Second edition featuring a brand new foreword. If you had put $10,000 in Buffett's original investing partnership at its inception in 1956, you would have collected about $293,738 by the time he dissolved it at the end of 1969.

Second edition featuring a brand new foreword. If you had put $10,000 in Buffett's original investing partnership at its inception in 1956, you would have collected about $293,738 by the time he dissolved it at the end of 1969. He had never suffered a down year, even in the severe bear markets of 1957, 1962, 1966, and 1969. When the partnership was wound up, you could have elected to stay with Buffett as a shareholder of Berkshire Hathaway, Inc., which was spun off from the partnership and became Buffett's investing vehicle. In that event, your $10,000 would by the end of 1986 have turned into well over $5 million. So, John Train introduces the remarkable story of Warren Buffett in his classic text, 'The Midas Touch'. First published in 1987, 'The Midas Touch' was one of the first books to recognise Warren Buffett's spectacular record, and to attempt to explain how he achieved his success. It is short, lucid and written with style and wit. A worthy testimony to its remarkable subject. From the back cover of the book: This is the book that tells readers how to invest like the man known as 'the Wizard of Omaha' (Forbes) and the investor with 'the Midas Touch' . Warren Buffett is the most successful investor alive - the only member of the Forbes 400 to have earned his fortune entirely through investing. Bestselling author John Train analyzes the strategies, based on the value approach, that have guided Buffett in his remarkable career, strategies that work even though Buffett operates a thousand miles from Wall Street.