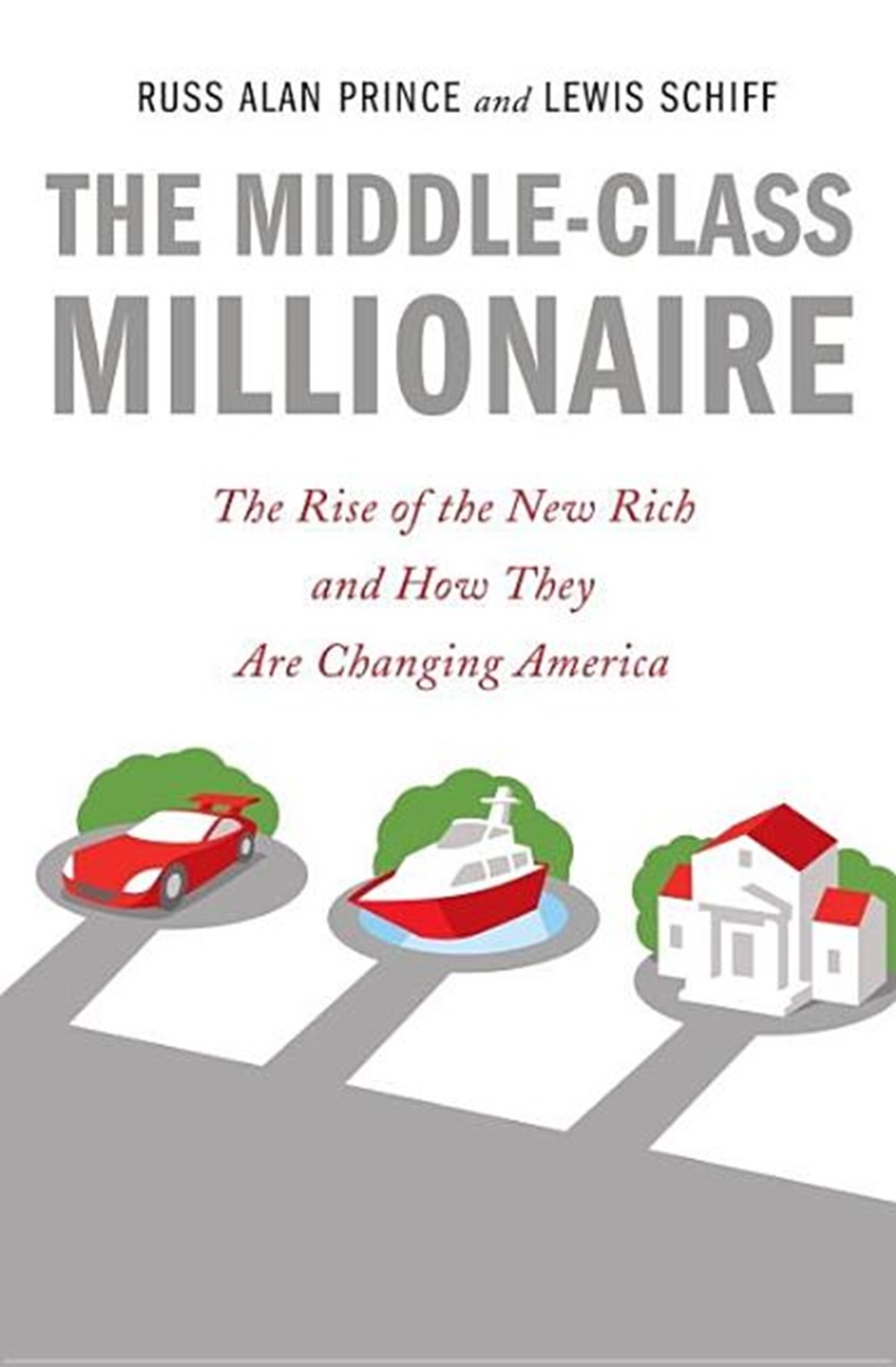 The Middle-Class Millionaire: The Rise of the New Rich and How They Are Changing America

In this groundbreaking book, Prince and Schiff examine the far-reaching impact of the middle class millionaires--people who enjoy a net worth ranging from one to ten million dollars, who have earned rather than inherited their wealth.

Brad Hooper of the American Library Association's Booklist Online has posted his list of 2008's top 10 business titles (that have been reviewed on Booklist over the past year). The Big Switch: Rewiring the World, From Edison to Google by Nicholas Carr, W. W. READ FULL DESCRIPTION

A compelling look at a new class of the affluent - the middle-class millionaires - whose attitudes and values are influencing and reshaping American life
In this groundbreaking book, Russ Alan Prince and Lewis Schiff examine the far-reaching impact of the middle class millionaires-people who enjoy a net worth ranging from one million to ten million dollars and have earned rather than inherited their wealth. Comprising 8.4 million households and growing in number, the attitudes and behaviors of these working rich are exerting a powerful influence over our society. So who are these people? They believe in the benefits of hard work. They believe in investing in themselves, and in self improvement. They are more likely to focus on drawing financial gain from their work, and less inclined to be discouraged by failure. And they don't spend money on the extravagances indulged in by the very rich; instead, they wield their affluence according to middle-class values and ideals. From home security systems to health care, technology to travel, their spending choices are affecting us all - from the products we buy, to the communities in which we live, to the aspirations and values of the broader middle class and American population as a whole.
In the bestselling tradition of "Bobos in Paradise" and "The Millionaire Next Door, " THE MIDDLE-CLASS MILLIONAIRE is a captivating narrative - part sociology, and part aspirational journey into the lives, attitudes, and values of the middle-class millionaires. Based on extensive surveys and research into more than 3,600 middle-class millionaire households around the country, this book will reshape our understanding of what it takes to be successful - and how all of us can achieve similar success.