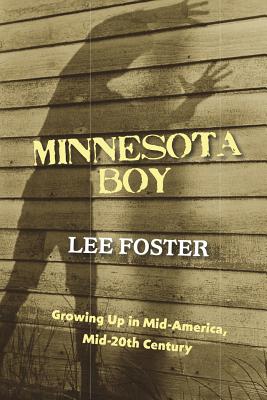 What is it like growing up in America? The answer depends partly on the time and place. More specifically, what was it like growing up in a mid-America Minnesota around mid-20th century? This book provides an answer to the question. Minnesota Boy: Growing Up in Mid-America, Mid-20th Century is a new edition and a new title for a book that Lee Foster wrote and photographed in the late 1960s. The book was first published in 1970 and titled Just 25 Cents and Three Wheaties Boxtops. Lee was studying American Literature and beginning his writing career as a graduate student at Stanford at the time. His mentor, Wallace Stegner, liked the book and assisted him in getting an agent and publisher. This book is a collection of memories. It is something other than essays forming a memoir. It attempts to approximate the language, conversation, thought, images, and feelings of the era. The goal is to capture the essence and spirit of growing up in a Minnesota America of that era. As Lee Foster wrote in the 1970 edition: "The boy often dreamed of where his life would roam as a man. When he became a man, who had lived 26 years on the planet, he looked back on his life and created a dream, not unlike his earlier dreams of the future. Memories of his times returned, some as recent as a year ago, some as dimly distant as 20 years past, often bursting forth gratuitously, always appearing in an order that was true to a chronology of the spirit, a truth of textures and shadings and fragile moments. He realized, as the pleasures of his re-creation stretched into months, that the story belonged less to himself than to a part of his generation. Phrases, objects, and people, as they passed before him, spoke their imprisoned moments of the past, which, like a thousand genies within bottles, lay always present, but definitely mute, waiting for their proper decoders, waiting for those singers of songs who reach for the magic words and unlock fragments of all our secrets." "Minnesota Boy is a poetic slice of Americana" -Jim Gebbie "A brilliant memoir portrait, masterful writing, with significant historical value" - Ann F. Purcell An Author's Perspective on Independent Publishing: Why Self-Publishing May Be Your Best Option